Why did 25 pc of startups find themselves in the 'Valley of Death'? 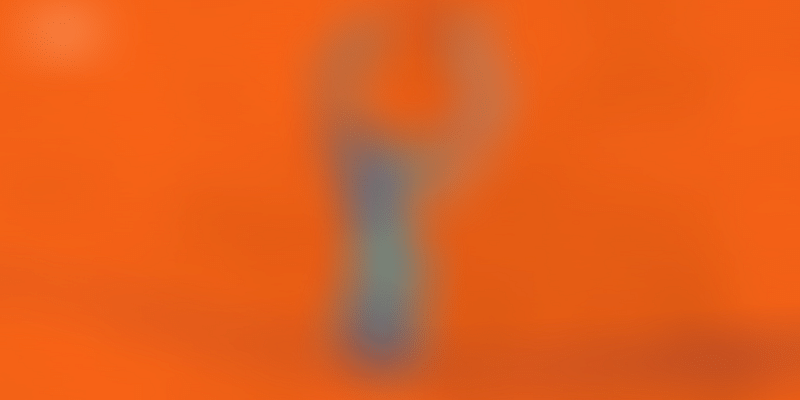 Even as the Indian startup ecosystem is in the process of maturing, there's collateral damage along the way as many startups fall behind and shut down. This year too, startup mortality remained a cause for concern with a majority of them closing down within 1.6 to 1.9 years of inception.

“Losing cash on every order (no matter how small or how controlled or how goal-oriented the burn) meant one day we will run out of cash – perhaps we could slow down the process but mathematically speaking, this was a certainty. We couldn’t shake off the feeling that we were walking (not racing like some other companies) towards the edge of a cliff hoping that things will get better before we reach the abyss.”

If there was ever a textbook to be written on ‘Why startups fail’, then the above quote which is part of a well-articulated essay that Navneet Singh, Co-founder of PepperTap (that shut down in 2016), wrote for YourStory definitely deserves a chapter in it.

It will be safe to say that cash burn accounts for 90 percent of the startup-shutdowns. But not really.

According to a recent CB Insights report based on an analysis of 101 startup post-mortems, running out of cash was only at number two position among 20 reasons why startups shut down (see infographic).

The first and topmost reason for startup mortality (49 percent) was, what CB Insights called, ‘No market need.’ So nearly 50 percent of startups that begin enthusiastically thinking they will change the world, are actually not needed at all.

Coming back to cash, despite what studies state, common sense dictates that the lack of it is a major cause of worry for any business. Recently, Nasscom in its Startup 2017 report indicated that 55 percent of failed startups had received funding. Clearly, money is not the only factor for a startup’s demise.

This year, the overall mortality rate of startups was 20 percent to 25 percent. Here’s looking at the factors that contribute to startup failure.

Homeservice startup TaskBob that had raised $5.7 million funding in 2014, had to shut down this year as it was unable to scale up and generate profits.

In fact, founders should take a leaf from K Vaitheeswaran's book to know of the potholes they may encounter on their growth journey.

Despite having raised millions of dollars, and having pioneered a number of firsts, like India’s first online marketplace, PIN-based payment system gateway, the innovative cash-on-delivery (CoD), e-wallets, electronic gift certificates, omnichannel, hyperlocal, among others, K Vaitheeswaran's Indiaplaza had to shut down in 2013.

Now in 2017, when the ecosystem is finally looking beyond GMVs and asking questions about profitability, Vaithee’s words almost sound prophetic. “Where I went completely wrong was in assuming that by staying away from the deep-discount game and continuing to focus on building a profitable business, we would be around — and much stronger — as and when sanity returns to the e-commerce business. Sanity returned late, but we died early. What really hurt was the way we died.”

According to CB Insights report, “Money and time are finite and need to be allocated judiciously. The question of how should you spend your money was a frequent conundrum and reason for failure cited by failed startups. Running out of cash was often tied to other reasons for startup failure into product-market fit and failed pivots."

The startups that find themselves in the 'Valley of Death' are primarily those that have raised from nothing to $5 million, and then find it difficult to raise more.

A fundraise of $6 million to $8 million is considered average, and their ability to make it to the safe zone is often the stuff of startup lore.

The Nasscom report states that approximately 45 to 50 percent startups die even before securing seed stage funding and need maximum support to kickstart.

In an emotional open letter on their blog, the founders of home food delivery startup Yumist, that shut down this year, narrated their story of how they were singed by cash burn and high costs.

They wrote: “We failed to raise the kind of capital that this business required while staying true to the customer problem. In hindsight, there’s a bunch of internal and external factors that led us to this dead end.

“From launching in a second city prematurely, or committing to a high growth, high burn model just because prospective investors wanted to see that back in 2015, or taking a tad bit too long to find the right business model, we made our mistakes. We learnt from these mistakes and recovered fast, but maybe not too fast.”

“Failed (startup) founders seem to agree that a business model is important – staying wedded to a single channel or failing to find ways to make money at scale left investors hesitant and founders unable to capitalise on any traction gained,” states CB Insights.

Non-scalable business model, model not suited to India market, and failure due to revamping is the cause of 21 percent of startup failures.

On-demand logistics services provider Parcelled.in, which had secured $5 million funding, shut down as it was unable to make up for its poor margins.

Believe it or not, differences in opinion between co-founders or disconnect with investors is the cause of a shutdown in 10 percent of the cases. Housing.com comes at the top of the mind. Though many obituaries have been written for Housing.com, its investor board led by SoftBank managed to salvage the situation. But you get the point.

Macro factors such as regulatory changes, policy changes like demonetisation, government compliance, and so on many a time derail a startup leading to its crash. Muziboo, an online community for music creators, received a number of Digital Millennium Copyright Act notices from different labels leading to its closure.

This year, Tolexo, a separate entity of IndiaMart, shut down its B2B retail arm citing that its unit economics were not very good. IndiaMart Founder Dinesh Agarwal, reportedly told the media that when the cash on delivery was affected following demonetisation, the overall B2B retail business did not make money. Hence they had to shut it down.

As Vaithee writes in his book:

“I am eagerly looking forward to some of these young people learning from my experiences and going on to build strong, growing, and profitable businesses instead of cash-guzzling hobbies, which are forever dependent on foreign capital and plead for government protection from competition.”