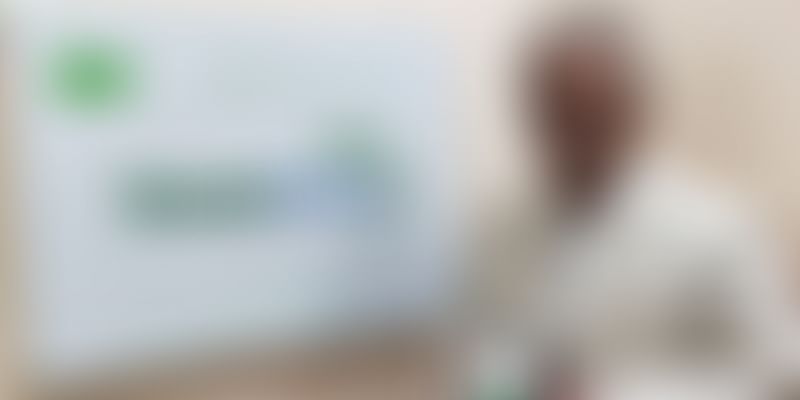 Post Diwali, the most common talking point – especially in the northern part of the country - has been the pollution in New Delhi. Google’s Weather actually places Delhi under a new climate category – smoke.

This was something Virendra Joshi, who was at Whirlpool then, was concerned about. At his company, the team would constantly be briefed on energy-efficient products. Indians, he saw, were buying more air-conditioners than ever before. This was partly due to the higher disposable income and also due to the scorching summer year after year.

Virendra wondered if he could come up with a solution that could prevent excess electricity consumption. Could he design a dynamic initiative to keep the environment clean and green? One that was packed with advanced technology and features, and would suit Indian conditions?

Keen to action his dream, Virendra set up Delhi-based QuasarEnviro in 2011, with a focus on energy conservation using technology. His tech-enabled products now save energy on air-conditioners and refrigerators, leading to major savings on bills.

With mercury in many cities in the country crossing 40 degree Celsius, four to five percent of households in India have ACs currently. This is expected to reach up to 15 percent each year to reach 7.2 million people by FY2020.

“For a country like India, where instances of continued economic and technological growth are almost at par with the West, there has unfortunately been significantly low level of attention to bring down the effects of the carbon footprint and mitigation of greenhouse gases emissions even at a basic level,” Virendra says.

His R&D team was picked based on their background from references and other contacts. The team was explained the plan: to line up a technological outcome for energy efficiency for businesses and to save energy costs in all sectors.

The products that QuasarEnviro built

Enisaver is an “electronic retrofit device” that can be fitted on the existing installed base in minutes. It is a unique energy saving device is designed to save energy on all window, split, tower, cassette, ducted and package air conditioners from one to 20 tonnes.

The devices consist of an algorithm, which optimises the running of the compressor, without any alteration to the cooling comfort in the conditioned space and help reduce cost by 16 percent to 30 percent. Every Quasar Enviro product carries a CE, UL or ULC approval.

A challenge and an opportunity

The scenario was both a challenge and opportunity for the team as there were no other players in the market to have developed this kind of product or technology. The roadmap was quite clear. The team believed the only way to amplify awareness and acceptance was by making the companies experience the product through continued demonstrations.

“Gradually, as the results started to show, we could see an upswing in consumer confidence about the product’s efficiency,” Virendra explains.

He adds that it has become important to have an in-person induction at enterprises, which experience large footfalls every day, to create awareness about the product’s ability to help MNCs save 16 percent to 30 percent on AC energy bill.

QuasarEnviro, with its unique offering, is looking to capture 10 percent market share in this segment. With its widespread focus on Bijili Bachao, the team claims to have contributed to saving 15,429 megawatts of electricity.

Virendra adds that they are mitigating 437 million tonnes of greenhouse emissions, equivalent to planting 699 million trees.

The market and the way ahead

India has said it will ensure that its greenhouse gas emissions from one unit of GDP in 2030 are at least one-third lesser than what they used to be in 2005. It has also said that it intends to produce about 40 per cent of its electricity in 2030 from “non-fossil fuel based sources” like solar, wind or hydropower.

The energy conservation space is fast growing. There is Blume Ventures-backed Zenatix Solutions, an internet-of-things (IoT) driven energy data analytics company. Zenatix, founded in 2013, is a cloud-based energy analytics product that collects data from several electrical products and breaks them into actionable insights. It helps in reducing electricity spends by 10 per cent, the company claims.

QuasarEnviro currently has an operational presence in India, Bangladesh, Sri Lanka, Maldives, Saudi Arabia and the UAE. After focusing on the B2B business model, the company is now eyeing a presence in the B2C vertical.