Vaani Foundation brings the power of language to hearing-impaired children 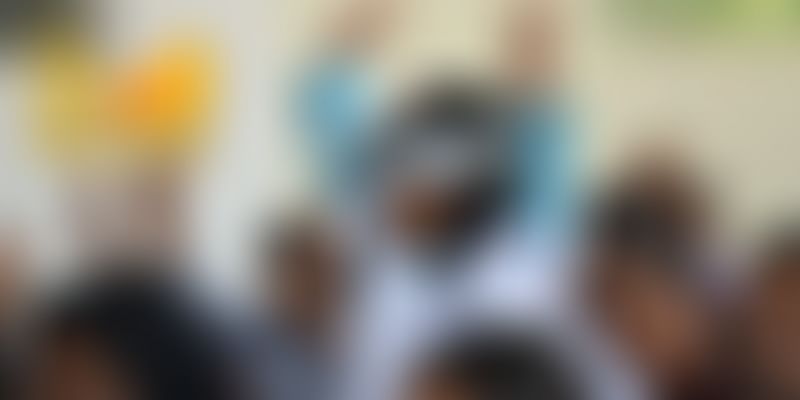 The Vaani Deaf Children’s Foundation focuses on sign language and communication giving every hearing-impaired child an opportunity to communicate, learn, and grow.

The brain absorbs most knowledge between the ages of zero and five years, but lack of the auditory sense impairs the overall ability to learn. However, hearing impairment is not a learning disability, but the lack of language and ability to communicate causes difficulties in learning.

In the Indian context, primarily in rural areas, most parents never learn to fully communicate with their children, especially when the child is hearing impaired. This does not just give rise to learning and academic problems, it also severely impacts the social and emotional needs of the child and the family.

Hearing-impaired children and their families may not be able to fully express themselves emotionally, which could manifest as behavioural issues in children and an inability to function in social situations. As a result, parents often feel helpless, and this is where Vaani steps in.

Vaani Deaf Children’s Foundation stresses that language can be taught to young children with hearing problems using a combination of techniques. The foundation trains teachers with specialised methods to bring language and comprehension to the lives of not only hearing-impaired children but also their families. They also ensure the bond between parent and child is strengthened and that their social and emotional needs are met.

Giving an ear to the hearing impaired

Bengaluru-based Brinda Crishna, 64, founded Vaani Deaf Children’s Foundation in 2005 to introduce language to hearing impaired children. She has 35 years’ experience in the disability and development sectors.

“After carrying out a feasibility study on issues surrounding deafness in India in 2002, I felt that having a child with hearing loss, unable to communicate in any way, is probably more traumatic for the child.”

During the course of her study, Brinda met people involved with or connected to people with hearing impairment. She learned there was a need to raise awareness and understanding as there was little or no understanding of what it meant to be hearing impaired, how it is caused, the need for early intervention, and problems of communication.

“There is a clear lack of trained professionals in educational institutions to work with hearing impaired children. Other problems include the poor quality of technical aids and health services, lack of information and government resources and employment opportunities. All these factors affect the lives of the hearing impaired,” says Brinda.

This has been made possible with the implementation of the core model of Sadhan Resource Centres, a space to educate and empower hearing impaired children and their parents.

Here, parents are not only trained to help their hearing-impaired child with the challenges they face with communicating and literacy, but also to accept the child’s differences and guide the child through his or her formative school years.

The first Vaani Sadhan Resource Centre, an informal communication centre for children, was started in 2005. Today, Vaani operates 36 SRCs running a unique structured volunteering programme called Teach For Deaf. A 54-hour course spread over nine months, Teach For Deaf is aimed at the corporate sector. The idea is to create a movement of people to collectively help solve the problem of inequality in access to communication.

“Our vision is to eliminate the most fundamental and overlooked problem with childhood deafness – the inability of the child to communicate with his or her own parent. Our commitment is to create an empathetic and enthusiastic environment for every deaf child and to empower their families to nurture it,” says Vinod Pandey, 33, Director, Vaani Foundation.

“Currently, we have a presence in Bengaluru, Delhi, Jharkhand, Kerala, Tamil Nadu, Assam, Meghalaya, Mizoram and Manipur. One of the focus areas of our operation is the Northeast,” he adds.

Working on childhood deafness, Vaani faces challenges of funding and resources. Initially, the foundation was dependent on structured and regular funding through the UK, and corporate foundations and trusts in India. Since this donor-dependent strategy is limiting, Vaani has now been working on securing regular individual donations and is looking at crowdfunding.

Vaani works to ensure inclusion, and that a hearing-impaired child not only communicates with other children, but also with his/her family and other members in the society. To make this a possibility, they conduct behaviour change campaigns to create awareness among people on childhood deafness and raise funds.

The over two-month-old campaign in Delhi has so far raised Rs 60,000. “I’ve always had a strong affinity towards children. Every year, I make sure I somehow engage myself with them. This time around I chose to celebrate the lives of the Vaani kids,” says Vandana.

Vandana underwent a seven-day training on the programme and joined the campaign. She also learnt sign language. In the next phase, she began teaching sign language to people in, documenting and uploading her efforts in an effort to create awareness about the campaign.

Mizbaan has so far taught 140 sign language steps and phrases to people in Delhi ranging, which has been captured over 25 documentary shoots. Additionally, through constant messenger and facebook requests, Vandana has managed to raise funds from Delhi, Bengaluru, Mumbai and Gurgaon.

The money raised will be directed towards the programmes run by Vaani Foundation.

“Hurdles were many, from straight up denials to hours of convincing, to being catcalled. I am glad we got to making some impact. We are still in need of funds to reach our target of Rs 2 lakh, and would love for people to donate and help these children,” says Vandana.

Heading the largest social campaign to reach all villages of India, Vaani has also launched a national awareness campaign on Childhood Deafness called #powerof10. Started on 15th August 2017, its aim is to reach 833,100,000 people in 650,244 villages, generating awareness on childhood deafness and raising 10 rupees each from 10 crore people to help keep the campaign alive and give children living in silence an even chance at life.