Watch out for the 'WatchMan', he’s got his eyes on everyone 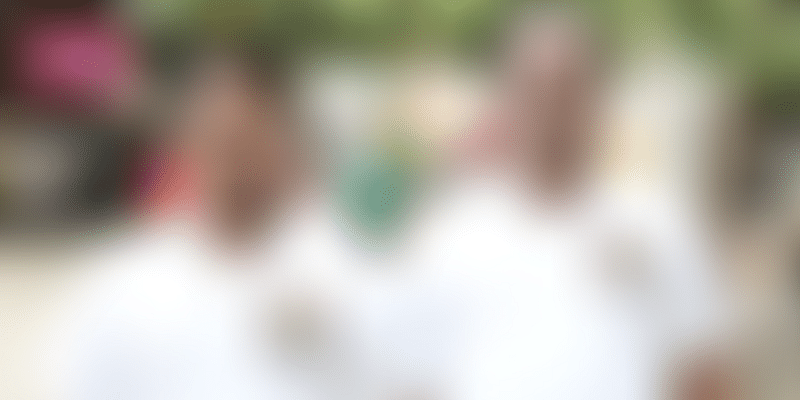 StomatoBot Technologies’ WatchMan aims to solve the surveillance monitoring problem in near-real time and attempts to do what CCTVs currently fail at.

How often has the night guard fallen asleep on duty or the CCTV failed to capture images of intruders because its lenses were compromised? How many ATMs have been robbed and thieves decamped with money by the time cops watch the CCTV footage? No more, for a startup is attempting to fix these problems and more with their product, the WatchMan.

The WatchMan is a Computer Vision product that automates CCTV surveillance, in almost real time and provides mobile alerts. Founded in 2015, StomatoBot Technologies has been doing deep research in Computer Vision for a long time and wants to give eyes to machines, so they can “see” better than humans eventually. As Co-founder Anand Muglikar says, “Our product is a WatchMan that never sleeps.”

Anand has more than eight years of experience in medical image processing and computer vision. He dreamed of starting a company that worked towards saving lives. He soon realised that any medical startup would require several government approvals and it would be years before his company saw the light of day. Undeterred, he brainstormed startup ideas to realise his dream of helping people and creating something that could help save lives. He decided to develop a cloud software to automate CCTV surveillance that would not only classify harmful incidents but also alert authorities.

“I found that India lacks a centralised security system and with my product I want to build a pan-India security shield,” Anand says. He, along with his wife Rajashri Muglikar, founded the company and launched the WatchMan.

StomatoBot Technologies made it to YourStory’s coveted Tech30 2017 shortlist with its automated CCTV surveillance system that provides proactive mobile alerts in near-real time, way beyond capabilities of ordinary CCTVs.

What does the WatchMan do?

There’s a lot more the WatchMan can do apart from automating CCTV surveillance. It sends proactive mobile alerts in case of insufficient lighting in the room or blurring of the lenses. It can also report loss of power and network to the camera and also detect obstruction in the field of view. It is designed with a perimeter breach, which the user has to set; if the border is crossed, it alerts the user. The WatchMan can also count and classify vehicles. Moreover, a customer can view the live footage of the CCTV on his phone using the app.

They claim that while there are almost 150-plus companies working in the broad field of video analytics, not one (except them) is into proactive mobile alerts in near real-time for CCTV cameras. They believe that is a difficult field to enter based on complexity barrier. Currently, the team consists of the two co-founders and seven interns. The startup is in talks with the Pune government to join hands and help with vehicle counting.

The startup plans to add newer features to their product such as face recognition and vehicle number plate recognition. It will soon be able to provide video summaries of key events that were recorded.

While initially bootstrapped with around Rs 4 lakh, StomatoBot Technologies has received funding from a UK-based angel investor who has funded them twice in two years. The company filed a provisional Indian Patent in May 2017.

StomatoBot continues to work towards solving the security issue by implementing technology that will be able to notify authorities as the incident is taking place, making the world a safer place.