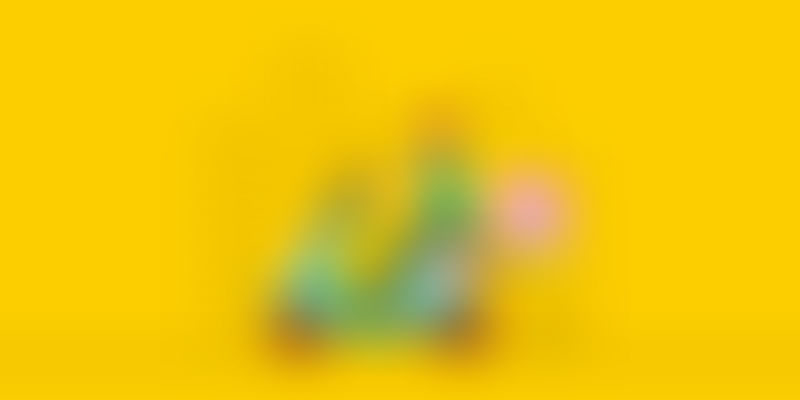 The surgical precision with which Prime Minister Narendra Modi implemented his demonetisation decision a year back took people by surprise. Businesses across the country were shocked as more than 90 percent of transactions in India are done in cash. Retailers, online and offline, huddled up to figure out how to serve their customers, majority of who are not comfortable transacting online.

Demonetisation posed a major challenge for online marketplaces that transact in crores every day. However, it also offered hope that their customer base would slowly transition to online transactions.

A year later, that does not seem to be the case. YourStory digs deeper into the cash conundrum.

Cash on Delivery (CoD) is a tool that Flipkart introduced in India in 2010 to take e-commerce to the masses as online transactions were not mainstream at that time, even in metro cities. While it brings in the trust element for customers, the extra logistics charges on CoD transactions trouble marketplaces and sellers alike.

Industry estimates suggest that 60-75 percent online orders are still paid as CoD. E-commerce companies pay logistics surcharges for CoD – around Rs 40 per delivery. Additionally, there are insurance and cash-handling costs.

On the other hand, a higher rate of online payment means faster delivery with lesser attempts. This is because if the customer is not present at home to receive the order, multiple attempts have to be made by the logistics player to make one delivery. The logistics industry estimates that the average number of attempts for every successful CoD delivery is 1.24.

The night demonetisation was announced, Gurgaon-based online marketplace ShopClues, which focuses on Tier-2 and Tier-3 cities (not as comfortable as metros in online transactions), decided that if customers could not pay by cash, they should be able to pay their bill online after taking delivery.

Their courier partners were already piloting a new system – delivery boys were trained to carry smartphones that enabled customers to pay online at their door step. This service provides a better alternative to card-on-delivery service, which only a few courier service providers offer and in limited pin codes.

Prior to demonetisation, ShopClues had a ratio of 70:30 towards digital transactions.

Nitin Kochar, SVP, Categories, ShopClues, says, “During the first few months post demonetisation, the ratio was up to 90:10 in favour of digital transactions. But since March 2017, the ratio has been 40:60. The reason for rise in CoD is because of our expansion in Tier-3 and 4 cities/towns, where cash transactions are still high.”

The difference is not so high unlike with Amazon India, which claims that their CoD share was upwards of 60 percent in October 2016, primarily driven by customers from Tier-2 and Tier-3 markets.

A spokesperson said, “After demonetisation, this reduced to 50 percent in December 2016. In the following months, we saw resurgence of cash with remonetisation. However, the overall share settled at almost 300bps lower compared to pre-demonetisation period by June 2017.”

It was not just horizontal marketplaces that saw a change.

Mumbai-based online platform for cosmetics and beauty products Purplle witnessed a drastic change in their CoD clientele - from 55 percent before demonetisation to 15 percent right after the announcement.

However, Manish Taneja, CEO and Co-founder, Purplle, says by December 2016 CoD rose to 38 percent and was 41 percent by January 2017. Currently it stands at 51 percent, with 38 percent of CoD orders coming from metros and 57 percent from other cities.

To bring down CoD transactions, e-commerce players often provide incentives like free delivery for prepaid orders. Post demonetisation, Purplle promoted prepaid transactions by adding more wallets (from three to six) and introduced prepaid-only coupons. They were among the many (including e-commerce market leader Flipkart) to incentivise prepaid transactions with cashbacks. Purplle integrated with micro-lending platforms like Simpl, which allows users to pay for all transactions at once.

Flipkart, strongly backed by digital wallet PhonePe, strengthened their Card-on-Delivery option while rival Amazon also invested in point-of-sale machines for every delivery agent. Amazon trained more than 50,000 of its delivery agents on how to support customers in making electronic payments when they deliver across 4,000-plus pin codes across the country.

“We’ve been able to reduce COD share compared to the pre-demonetisation period. The CoD share in Tier-2 and 3 cities is higher than Tier-1 but the gap is narrowing as a result of our initiatives to drive electronic preference,” says the Amazon spokesperson, adding that people have begun to adopt to electronic payment methods due to demonetisation.

Customers opt to pay through CoD either because they are not very comfortable with electronic transactions at all or by choice. The latter is likely to shift to online modes of payment such as card and wallet, with online sellers providing incentives.

The Amazon spokesperson says once people in metros are comfortable using electronic instruments, they prefer them to cash at all trusted places even without incentives.

“Shifting consumer behaviour to induce trial of electronic instruments and building trust and habit is the key. We believe consistency of these initiatives is important to change customer habits decisively towards electronic payments,” the spokesperson adds.

The spokesperson says, “We invested in improving reliability of payments by working with individual payment processors and banks to reduce avoidable failures in transactions from use of electronic instruments.”

India is one of the few markets where e-commerce is conducted more through CoD than online payments. China’s booming e-commerce is ruled by Alibaba’s payment wallet Alipay and Tencent’s WeChat Payment. CoD declined in China when mobile wallets started offering interest. If Paytm gives 7 percent interest, it’s a saving account and the user will want to use that to shop. Right now, the money in a mobile wallet is just idle.

But at least mobile wallets are available to everyone, unlike credit cards. More importantly, the likes of Paytm and Mobikwik are accepted in small kirana stores too, which has begun a slow transition for the average customer to trust non-cash modes of payment.

In fact, a survey conducted by cashback and coupons platform CashKaro.com found that 90 percent of the 2,000 survey participants preferred paying online post demonetisation. In e-commerce, the survey found that 47 percent of the respondents had switched from CoD to prepaid orders post demonetisation. Among those who now prefer paying online, 54 percent pay via debit/credit cards, 30 percent pay via wallets like Paytm, Freecharge, MobiKwik etc., and 6 percent use net banking and UPI.

As per industry data, 1 out of every 5 card transactions fails, which reduces customer trust on digital payments. Due to this, customers default to cash, especially for low-priced higher frequency items. But if they are comfortable paying for their groceries at their local store through Paytm, hopefully, with better infrastructure and internet penetration, the same customers will move on to the same methods when shopping online.