In 2017, biryani was the most ordered food item, and pizza the most searched on Swiggy 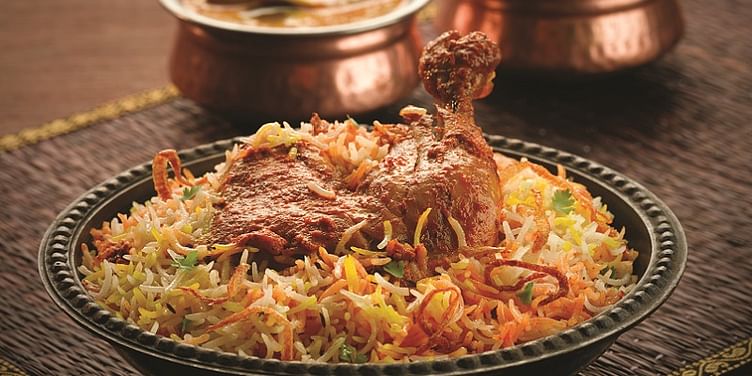 A look back at what Indians ordered and ate in in 2017.

It’s the perfect time to indulge in all those starters and desserts we have all been waiting to try.

While we’re at it, let’s take stock of all the food encounters — small and big — we have had through the year.

In the past few years, India has seen a revolution in terms of food consumption, with people increasingly choosing dining in over eating out. Food delivery services have caused a cultural change of sorts.

Swiggy’s order analysis discovers India’s consistent love for food items in 2017. While biryani was the most ordered food item, pizza was the most searched dish.

In 2017, while Indians did show an interest in experimenting with their food choices, most stayed indigenous as desi dishes topped the list of most-ordered food items online.

Most searched food item in India

While pizza did not rank among the top five most ordered items, it was the most searched for. In fact, Indians have searched for it over five lakh times! The other searched items include burger, chicken, cake, and momos.

Considering the soaring temperatures during Indian summers, juices and shakes saw a 40 percent increase in average monthly orders during the months of March, April, and May.

Indians are very passionate about their sweet indulgences and any occasion is incomplete without a meetha accompaniment. Indians love Swiggying desserts like gulab jamun, Double Ka Meetha, and rasmalai on a regular basis. When it comes to ice creams, Death by Chocolate, tender coconut, and brownie fudge sundae are some of the top picks.

With Indian women ordering way more than their male counterparts, Swiggy’s order analysis suggests it is desserts, and not diamonds, that are a woman's best friend.

The analysis also highlighted that the country’s startup capital, Bengaluru, is big on ice cream, followed by Hyderabad and Mumbai.

Consumers are taking a holistic approach towards healthy eating and looking at options that are a combination of health and taste. Roasted chicken salad tops the charts and is the most ordered choice of food among the country’s health-conscious in most cities while Bangaloreans stick to juices.

Ironically, Hyderabad, the city that consumes the most chicken biryani, is also the city that orders the most healthy items. Superfoods such as brown rice with chicken, chicken oats momos, and oats banana date smoothies are also gaining popularity among health food lovers in India. Men in the age group of 25–34 contribute the most to healthy food orders.

The above findings are derived from Swiggy’s order analysis for the last 12 months ( January 1–December 9, 2017) for Delhi-NCR, Mumbai, Bengaluru, Hyderabad, Chennai, Pune, and Kolkata.