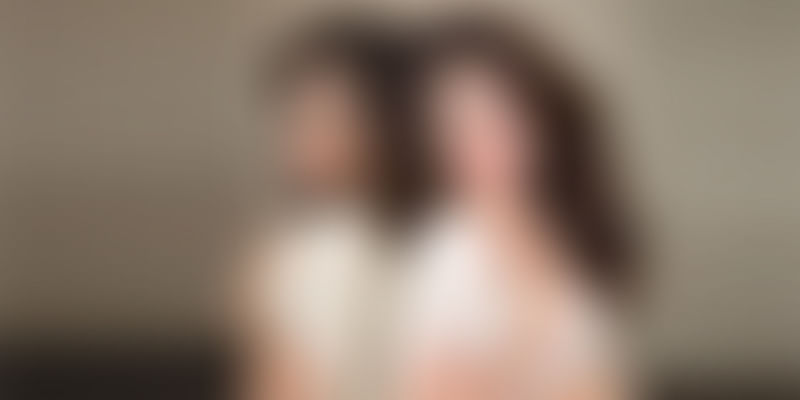 The Punjabi beauty, who found success in the Malayalam movie industry, is looking forward to her upcoming release – Saif Ali Khan starrer Kaalakaandi.

From the sensitive portrayal of a Muslim girl in love with a Hindu boy in the Malayalam movie Thattathin Marayathu to playing a photographer, who finds herself in an unusual situation at a wedding, in the upcoming Kaalakaandi, young actor Isha Talwar already has a versatile resume to boast of.

Isha’s conversation with HerStory is frank and thoughtful, peppered with wry humour that makes her a pleasure to speak with.

As a teenager, Isha played Aishwarya Rai’s younger sister in Humara Dil Aapke Paas Hai. However, her entry into the entertainment industry happened when she joined choreographer Terence Lewis's dance school in 2004, becoming proficient in dance forms like ballet, jazz, hip-hop, and salsa.

I was chosen for a three-year dance scholarship at Terence Lewis contemporary dance company after Terence Sir spotted me during a regular class at his studio and insisted I audition for it. Acting followed organically.

Isha’s first television commercial was for Yahoo. The actor recalls, “Every ad came through after rigorous auditions. I remember, sometimes over 1000 people showed up for one. To be chosen from among many gave me the sense I was doing something right. I value those initial opportunities to face the camera as I could polish my acting skills and diction on the job.”

Over the past few years, Isha has appeared in dozens of commercials for brands like Pizza Hut, Vivel Fairness Cream, Kaya Skin Clinic, and Dulux Paints, becoming a very familiar face on the small screen.

Isha finds the ad industry incredibly professional while being exhilaratingly creative as well.

She explains with a laugh,

Directors actually sit with timers during shoots! Since every second counts, no word or gesture can be out of place unlike in movies where you have a lot more flexibility. Ads are more clinical since they are made for a purpose whereas movies are more from the heart.

Isha has shared screen space with actors like Shahrukh Khan, Shahid Kapoor, Boman Irani, and John Abraham. Her learning from these veterans, she says, is the sense of calm they bring in their work.

She adds, “They would be having random conversation, maybe laughing at a joke but the second the camera turns on, they revert to their character effortlessly. As a newcomer I would get carried away and learned to stay focussed from these actors.”

Isha’s debut movie as lead actor was Thattathin Marayathu in 2012 with Nivin Pauly and was a runaway hit. She attended a course to learn the language, and also learned to play the guitar. She says, “I love Kerala – the food, culture, and language and when you love something, you automatically put in the effort and it doesn’t seem like a big deal.”

Isha went on to do a remake of the movie in Tamil as well.

In 2013, Isha’s Telugu debut, Gunde Jaari Gallanthayyinde, and her Tamil debut, Thillu Mullu, were both successful at the box office. Though it’s in the Malayalam movie industry, that she has seen the most success. Utsaha Committee, God's Own Country and Anjali Menon's critically acclaimed Bangalore Days are all feathers in her cap.

Isha has just completed the shooting for her upcoming movie Ranam – Detroit Crossing with popular Malayalam actor Prithviraj in the US. The 29-year-old had no qualms about playing the mother of a teenager in the movie.

Isha initially auditioned for another role in Kaalakaandi but when the casting director saw her, she asked her to give an impromptu audition for the part she now plays in the film. The finalisation process took some time, and in the meantime Isha went on a holiday in Edinburgh.

She got a call to cut her vacation short and make it to Mumbai at the earliest. When director Akshat Verma met her, he asked her to start working with a camera to flesh out her character.

Isha went to the Kaalakaandi set armed with her camera before the start of the shooting schedule. She says, “I landed up on the set a couple of days before my shoot to practise with a camera. Saif's staff thought I was from the press and had dropped by on set without an appointment and asked me to leave!”

Isha’s father had produced several small budget horror movies. However, his first big-budget commercial movie tanked and he was reduced to a regular job, the worst possible situation for someone in the movie industry.

As often happens in the circle of life, Isha’s success has been the biggest balm for her parents and they, along with her brother and close friends, are involved in her work. Whether it is getting a costume altered or planning out auditions to attend, her family is by her side every step of the way.

“You have no choice but to be super-motivated,” says Isha. “Now that there are casting directors, things are a lot more organised in the Indian movie industry. Still, there are days when I have attended six auditions in a day!”

Isha shies away from stereotyping the industry. Though Malayalam movies are perceived as highly arthouse, while Tamil and Telugu cinema often play to the gallery, there is a strong alternative cinema in the latter just as there is run-of-the-mill commercial cinema in Malayalam.

As of now, Isha wants to dabble in different genres and languages, as there is something new to learn from each.

She has high regard for the Malayalam industry. She says,

Malayalam movies have been like bootcamp training, in a good way, of course. They often work double shifts on shoe-string budgets. Time line is everything since they cannot afford to lose a day and so everything is well-planned. There are no vanity vans and other luxuries that is commonplace in other industries.

Isha finds that meditation is helpful while dealing with the travel and physically demanding nature of her work. She also religiously practises yoga. She says, “I don’t need any infrastructure or gym, just my mat, which I take along wherever I travel.”

Though she is particular about her diet, she does not believe in fad or crash diets. She is conscious of portion size and tries to finish her last meal of the day before sunset. She says, “It’s not a draconic rule. For instance, yesterday I was hungry, so I ate a dosa later in the night. I love my mother’s gaajar ka halwa. I am not paranoid about white sugar. There is nothing to be wary about simple home-cooked food.”

I won’t even mention Kerala since it’s a second home. I can really see myself buying a house there to spend my retired life!