The age of outrage – epic marketing fails of 2017 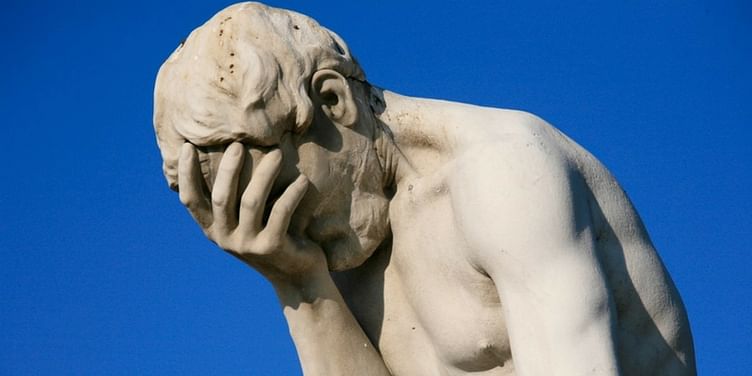 While marketing fails are hardly a new phenomenon, they receive much more attention now where once they were simply ignored or forgotten. The reason is that as a community, the audience is far more aware now. We understand messaging tonality faster than six-second videos, we notice social issues like gender bias and racism and call out brands that encourage or are tone-deaf to them in their advertising.

With such high rate of awareness about social issues, present-day marketers have to be careful. If you pick up print advertising of the 1970s or even watch Mad Men, you will notice that advertising has been reflective of the changing times. With an audience that is so much more civically engaged, brands too want to be part of the narrative by riding on social messages in their advertising. The problem is that many don’t get it right.

Trying to project your brand with a social issue or cause can be tricky, and 2017 did throw in its fair share of brands which bombed. We mention some of the campaigns and adverts which failed to connect with consumers or outright missed the point.

Missing the point by miles

One epic fail this year was the Pepsi-Kendall Jenner ad. The ad took an incredibly cavalier approach to the power and ability of social movements. The ad, that showed Jenner reaching out to the police with a can of Pepsi, was a clear reference to the iconic photo of Ieshia Evans, a black woman braving the riot police at a Black Lives Matter protest following the police shooting of Alton Sterling in 2016.

The backlash that followed the release of the ad was staggering. The brand received heavy criticism across the board, and Jenner, a well-known celebrity, became the target of trolls and jokes across social media. This just showed emphatically that leveraging a resistance movement to sell a drink, even if you happen to be one of the most popular brands on the planet, just can’t be used for marketing.

Even though socially conscious advertising has been high on the marketing agenda of many brands, this depiction clearly puts light on why the category must be handled with more care than regular campaigns. It was a poor decision on the brands part to try and capitalise on the important message of a burgeoning social movement to sell its products.

In today’s day and age, what mental image do the words “White is purity” conjure up? You’re likely imagining white supremacists, and rioting in the streets in race wars. Well, that’s the proverbial foot-in-mouth moment Nivea had when it made those three words the tagline for its new product line. The racist connotations were just too evident.

The reaction to the ad was as expected. White supremacists around the world “lauded” the brand for agreeing with them, and the rest of the world could not stop expressing its outrage for days on end. The ad was eventually pulled down with a public apology and explanation.

Nivea's rival Dove beat them hands down in missing the point. Their advert, which shows a black girl who takes her tee off to become a white girl, was met anger and outrage. Even though the brand was quick to apologise and take down the video, the outrage had gone viral.

Body positive advertising is a good sign of social change, especially when cosmetic brands have traditionally only reinforced conventional beauty standards for women. However, getting it right it the key.

Building a strong emotional connection with your audience can be a great way to build customer loyalty to your brand. However, McDonald’s messed up in an ad video in the UK in May this year. The video, which was pulled within a week, shows a young boy asking his mother about his deceased father. He gets progressively crestfallen as he realises that he shares little with his father; however, his face lights up when they go to a McDonald’s where he orders a burger that his mother tells him was “your dad’s favourite”.

McDonald’s was accused of exploiting child bereavement to sell a product with angry consumers complaining about the ad’s tasteless approach to UK's Advertising Standards Authority,  forcing McDonald’s to take the ad down soon after and issue a public apology.

The lesson from this? Be very, very careful about using topics like death and bereavement for emotional impact in your ad campaigns. It is much better to “play it safe with a regular ad campaign” than to tread on the sensitivities of people who’ve suffered tragedy and loss, simply to sell a product.

How brands and advertisers can do better

We live in the age of outrage, and there is no such thing as a small mistake or an inadvertent error anymore. Consumers and audiences are no longer passive viewers who would quietly take in any narrative brands choose to tell.

Given this situation, there are two distinct ways brands can move forward from here. They can either play it safe and make no references to anything remotely controversial or of substance, or they can take a stand only after deeply understanding the issue they are commenting on, in order to ensure that their campaigns don’t turn out offensive and outrageous in a matter of minutes.

Getting caught in the eye of the storm is a daily phenomenon now and it has affected brand reputations very deeply these last couple of years. Nobody said that marketing in the age of outrage was going to be easy, but brands can choose not to make life more difficult for themselves by creating epic marketing fails.