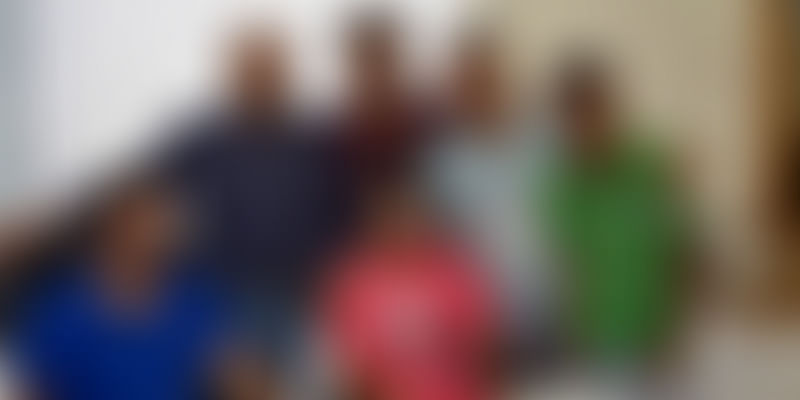 Using advanced algorithms, Mitra captures over 200 parameters and flags every transaction as red or green in real time.

According to global information services company Experian’s Asia Pacific Fraud Insights Report – 2017 , of the 10 countries analysed in Asia Pacific, Indian consumers are the most vulnerable to online frauds. The results were based on analysis of fraud trends, and 48 percent of Indian consumers have experienced fraud at the retail level, either directly or indirectly, the report said.

The report also highlighted that frauds are on the rise in all segments of lending and the highest frauds are in consumer loans (2.2 percent), credit cards (0.8 percent) and personal loans (0.72 percent).

Gurugram-based ThirdWatch aims to change this scenario. Change it, by leveraging the power of artificial intelligence (AI).

Its co-founder Shashank Agarwal highlights that companies have little choice and fewer tools to prevent fraud — they just take it as a ‘cost of doing businesses’. Most firms resort to blunt static rules that include blocking all international credit cards, restricting delivery to certain pin codes and cities, and capping the order size. These macro-level rules placed often lead to loss of many genuine orders and weakening of customer relationships.

“We have solved this challenge by replacing manual rules with our AI platform Mitra, which automatically screens all orders and does not reject genuine orders. We also offer a two-month free trial period so that our clients can validate the ThirdWatch AI’s efficiency, accuracy and value addition before they start paying,” he says.

Just three months after going live, ThirdWatch claims to have reduced return to origin (RTO) problem in online orders by more than 80 percent for their clients.

How does Mitra help in tackling online fraud?

Shashank highlights that by combining network effects with augmented data and machine learning, fraud can be reduced by over 80 percent.

Mitra prevents fraud in digital, banking and e-commerce transactions in real time using AI. The system captures 200+ parameters and flags every transaction as red or green and also generates a risk score to define the danger level of the transaction.

“By superimposing data from our own knowledge base and from third-party databases we enhance the data captured from user transaction like zip code databases, IP address databases, mobile number validity databases,” adds Shashank.

The platform also uses micro models for address profiling, device signature, account profiling and velocity profiling. It captures the whole user behaviour, including the time taken to place order, the device used to place the order, IP address of user, location of order, amongst others.

Adopting stringent data security measures, the brand signs a strong NDA (non-disclosure agreement) with the clients. However, they do use networks effects to multiply effectiveness of their platform by collating fraud patterns across the client base, and inputting values in their machine learning algorithms, eg., fraud rate of email domain, fraud rate or zip code, area, amongst others.

Also read: The 8 startups that Cisco has bet on

To catch digital frauds, the platform first gathers the ‘Forensic evidence’ that every user interaction leaves behind - a subtle digital forensic trail like proxy IP, device ID, email address, time to order etc. Machine learning models combine hundreds of such innocuous parameters, which are seemingly unrelated, to identify the patterns to indicate the fraud.

Adarsh Jain (36) and Shashank Agarwal (28), who knew each other for over six 6 years, have earlier created a mobile analytics system, rocQ Analytics, and later got together to start ThirdWatch. An avid programmer, Shashank’s keen interest in programming began from the age of 15 and he started his first mobile application company, Assert Solutions, at the age of 18. An ethical hacker, he also has a patent pending on uUninstall tracking. An alumnus of IIT BHU, Adarsh has 12+ years of experience in the technology space, and has been a part of big data ecosystem and startups since 2008. He earlier co-founded a location- and mobile- based credit card security startup in 2008, and also holds multiple patents in the technology domain.

“Couple of years ago Adarsh was trying to order a TV for his dad who lives in Greater Noida on one of the top two e-commerce sites of India. However, it was not taking the order despite having paid for it in advance. When he ordered the same item to his Gurgaon address it was delivered,” cites Shashank.

After doing a bit of research, Shashank found that fraud is a big problem in e-commerce, and companies sometimes use broad rules like blocking certain pin codes/cities/states or international credit from ordering that affected orders genuine users like him.

“Given our experience in building big data mobile analytics system we felt confident that we can solve this problem by using AI and big data hence started ThirdWatch in April 2016,” he adds.

The fraud prevention brand recently raised an undisclosed angel funding from the Indian Angel Network. Shashank reveals that the platform raised funding when they were only two members in the ThirdWatch team and after funding they hired the first full stack tech guy.

What differentiates ThirdWatch from other companies is its core focus on products to tackle online fraud packed with the power of Artificial Intelligence.

The brand is eyeing to expand its wings to Southeast Asia in the future and is also planning to expand into preventing other financial frauds including insurance and fintech fraud.