CryptoKitties: how virtual cat trading is shaking up the Ethereum blockchain 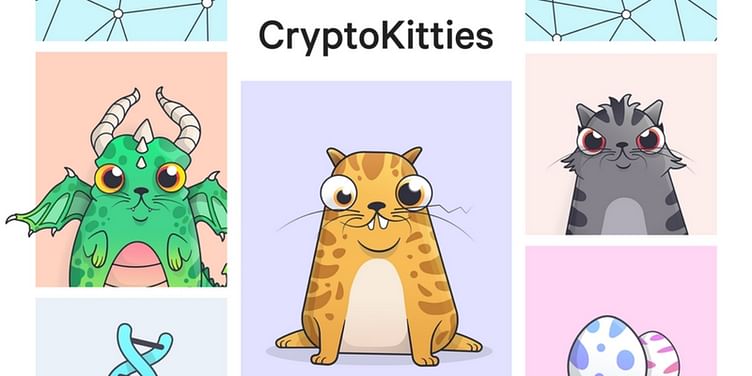 What happens when you mix blockchain, one of the most disruptive technologies of the modern world, with the internet’s love for cute cats? Welcome to the incredible world of CryptoKitties. An online game by Vancouver-based Axiom Zen that allows users to purchase, trade, and breed digital kittens, CryptoKitties has taken the cryptocurrency world by storm since its public release on November 28. The volume of traffic on the platform in its first week itself has been enough to put a serious strain on the Ethereum cryptocurrency ecosystem on which it is built.

The craze is reminiscent of something ‘90s kids’ will probably remember – Tamagotchis. Created by Bandai in 1996, the “handheld digital pets” became one of the biggest toy fads of the 1990s and 2000s, with global sales hitting 76 million by the end of 2010. Think of CryptoKitties as the bigger, much more valued brother of Tamagotchis – within the first week of the game, player trades on the platform have already crossed the $7 million mark. So how does this new digital craze work?

Transactions on CryptoKitties use the cryptocurrency Ether. Using Ether, players can buy kittens from the platform’s Marketplace or from other players. You can also have two kittens breed to get a new kitten, a process called "siring" in the platform's terminology. Sounds pretty straightforward, and rather boring, right? Well, not quite. The interesting bits occur when you dive a little deeper into the game.

All kittens on CryptoKitties possess certain traits. Across the platform, certain traits are a lot rarer, and therefore more valuable, than others. Hence, if you possess a kitten with rare traits, you could potentially trade it to another willing player for a lot of Ether. This creates a thriving market where people conduct higher trade volumes and spend more in search of kittens with those rare traits.

So just how big is CryptoKitties? For perspective, take the example of platform celebrity Kitten number 23. Originally traded on December 2 for $4,000, multiple trades in five days have pushed its current value to 259.81 Ether, a little over US $117,000 in current rates. In fact, volumes of trades on CryptoKitties have been so high, they’ve effectively clogged up the Ethereum blockchain.

Estimates state that CryptoKitties transactions currently make up nearly 20 percent of all computations on the Ethereum blockchain, and this number is still growing. Because of this, all transactions related to Ethereum consequently take a lot longer to process and can also be more expensive, because so much computational power is being diverted to virtual cat trading. In fact, things have gotten so bad that an Initial Coin Offering (ICO) for new venture SophiaTX had to be pushed back from December 5 because of very long wait times caused by the CryptoKitties platform.

It can be tempting to dismiss the CryptoKitties phenomenon as frivolous, but it’s actually a great example of the potential for disruption in cryptocurrencies and blockchain technology. Perhaps Ethereum co-founder Vitalik Buterin sums it up best in his recent tweet:

I actually like the digital cat games. They illustrate very well that the value of a blockchain extends far beyond applications that would literally get shut down by banks or governments if they did not use one. https://t.co/AtcdjkrlB3