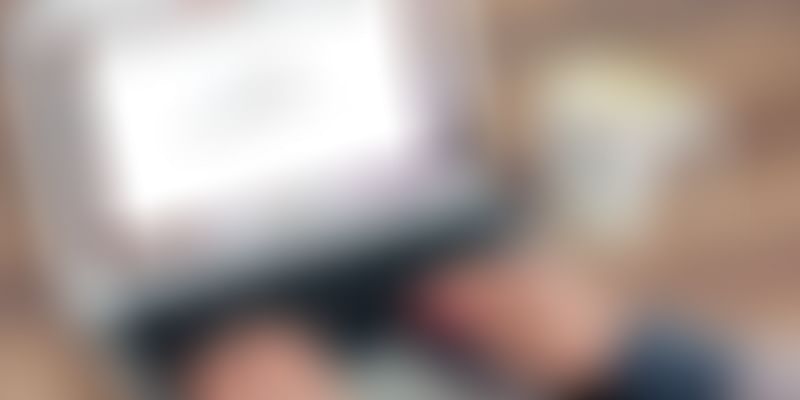 Post-demonetisation, even before the masses could get a breather, GST was announced. The announcement generated a general scramble as everyone tried to understand exactly what it was, what it entailed, and how it would impact the common man. At the same time, Bitcoin and its skyrocketing value created ripples across global finance, as everybody tried to understand this new technology and its uses. Indians needed to know and understand these developments, and where better to find information than Google.

Google recently released its annual report on the trends which ruled 2017. The report looks at search terms that saw a spike in traffic this year under various heads such as most searched terms, most searched individuals, music artists, movies, etc.

Queries about money pre-occupied Google India's engines this year. Be it GST or Bitcoin, money was the keyword.

Following the official announcement of GST, Google was swarmed with inquiries on the tax by Indians. An indirect and unified tax, GST replaced multiple taxes levied by the state and the central governments. Introduced on 1st July, it garnered interests by both consumers and businesses. Given its far-reaching impact on the economy and businesses, there was a lot of talk around the subject even before it was introduced.

Following closely on the heels of GST, was Bitcoin which has taken the world by storm. Given that it was the second-most googled word by Indians, the curiosity and intrigue of the cryptocurrency got the nation hooked to learning more about mining and the blockchain technology on which it is based. Bitcoin is a peer-to-peer electronic cash system, started in 2008 by an unknown person or group of persons named Satoshi Nakamoto.

Bitcoins were in news because of their high valuation. The cryptocurrency has a market cap of $1.57 billion, with one BTC valued at $16,612 (at the time of writing this).

Other than money, what got many Indians hooked on to the Google search engine was jallikattu, a traditional bull taming sport from Tamil Nadu. After the global animal rights group, PETA (People for the Ethical Treatment of Animals) campaigned for restrictions against Jallikattu, the Supreme Court took notice and sought a ban. This led to mass protests by Tamils not just in Tamil Nadu, but across the country. So while jallikattu was the third-most searched term in India, it’s little surprise PETA came fifth on the list.

Within the top five, BS3 was the fourth-most searched term by Indians. BS stands for Bharat Stage, which is the emission standards given by Government of India to regulate the air pollutants coming from internal combustion engines. Set by the Central Pollution Control Board, it is applicable to on-road vehicles in India. The BS3 rule made news when the Supreme Court banned the sale of all BS3 vehicles, given the implementation of the BS4 rule effective from 1 April this year.

What else captured the interest of Indian netizens

Home to a massive mobile user base and the third highest number of internet users, Reliance Jio (Jio) waded into the telecom market last year and managed to make a sizeable dent. Following on its popularity, Jio released Jio Prime this year, which is a membership for customers and comes with deals and benefits which Jio updates from time to time. Jio Prime was one of the most searched terms in this high internet use-driven nation.

Moving from mobile networks to space. The lunar eclipse, that occurred on August 21, gathered a lot of attention on the internet in India and other parts of the world. Though the lunar eclipse was a global event, the buzz about Jio Prime eclipsed its rating on Google. Jio came in sixth, while the lunar eclipse was ranked ninth. As for Cassini, the fourth space probe to visit Saturn, it was able to land the seventh position on the list.

Another trend this year which emerged out of the blue and had everyone’s attention was the fidget spinner, eighth on the list. A small ball-bearing device that can be rotated by the fingers, took the markets by storm. And of course, Google search too.

Last but not the least, ransomware made it to the list too. A ransomware is a malware that prevents users from accessing their systems. It locks the user’s file-access, hence forcing the user to pay a ransom to eventually access their systems. The ones that wreaked havoc on businesses this year include Locky, WannaCry, and NotPetya, among others.

From ransomware to Bitcoin to Cassini, Indians were clued into global trends this 2017. However, GST ruled as the king of Google Search in India and likely continues to do so even now.