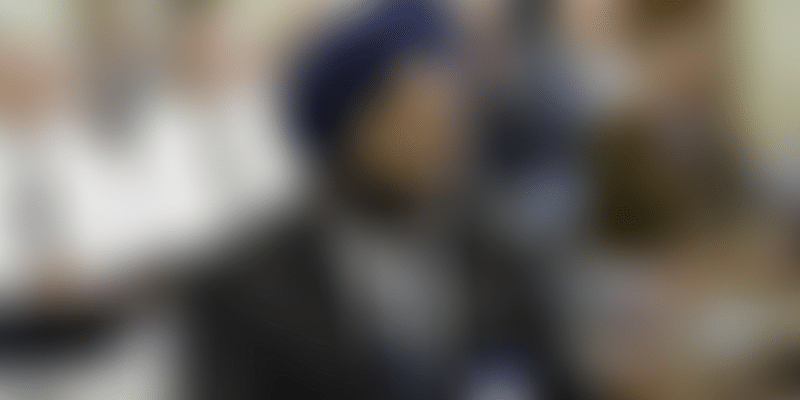 In a historic first, a Sikh public prosecutor "who experienced hate and intolerance first-hand" has been nominated to be the next attorney general of the US state of New Jersey.

If Gurbir S Grewal's nomination by Democrat Governor-elect Phil Murphy is approved by the State Senate early next year, he will be the first Sikh to assume the top state law enforcement position in the US, the second Indian-American after Kamala Harris, who held the position in California before her election to the US Senate.

Announcing the nomination in the state capital Trenton on Tuesday, Murphy said,

In light of all that is being thrown at us by the president, we need an attorney general unafraid to join our fellow states in using the law to protect all New Jersey residents.

Grewal, 44, is the prosecutor of Bergen County, an important district across the river from New York City. He was appointed to by current Republican Governor Chris Christie.

Symbolic of the public acceptance of minorities despite scattered incidents of bigotry, two Sikhs were elected mayors last month, Ravi Bhalla in Hoboken, New Jersey, and Preet Didbal in Yuba City, California. Vin Gopal, who became the first Indian-American to be elected to the New Jersey State Senate last month, said that Grewal is someone "not only eminently qualified, but who will bring a perspective to the office that is diverse and long overdue."

After Murphy made the announcement, Grewal said,

I wanted to give back to a country that has given us and other immigrant families like us so much.

Turning to his three daughters, Kyrpa, Mayher and Mahek, who were with him, he said,

As someone who has experienced hate and intolerance first-hand throughout my life, I wanted to work to ensure we all live in, and that the three of you grow up in, a fair and just society. I wanted to perhaps also show people that while I and others like me may look different or worship differently, that we, too, are committed to this country.

Hailing Grewal's nomination, Rajwant Singh, the co-founder of the National Sikh Campaign, said: "These are exactly the kind of role models our youngsters need to feel proud of being a Sikh and an American."

"While America could be seen having a very polarised situation politically, yet there are some shining moments to show that people of all backgrounds can aspire for top positions," he added.

South Asian Bar Association President Rishi Bagga, said: "The decision to appoint a visible minority as the chief law enforcement officer for New Jersey reflects the diversity of the state and of the US, and is especially important in a time where minorities and immigrants have often felt targeted by law enforcement." Attorney General is a very powerful position New Jersey heading the Department of Law and Public Safety, which includes the state police.

Grewal has earlier served as an assistant federal prosecutor in New York and New Jersey, where he was also the chief of the Economic Crimes Unit. In the administration of former President Barack Obama, Indian Americans have held senior law positions. Neal Kumar Katyal was Acting Solicitor General, and Sri Srinivasan, now a federal appeals court judge in Washington, did a stint as the Principal Deputy Solicitor General.

Vanita Gupta was the Principal Deputy Assistant Attorney General and headed the Justice Department's Civil Rights Division. US President Donald Trump has appointed Uttam Dhillon to be his special assistant and associate counsel.