1 in 3 Indians is a migrant, yet why are their stories conveniently ignored? 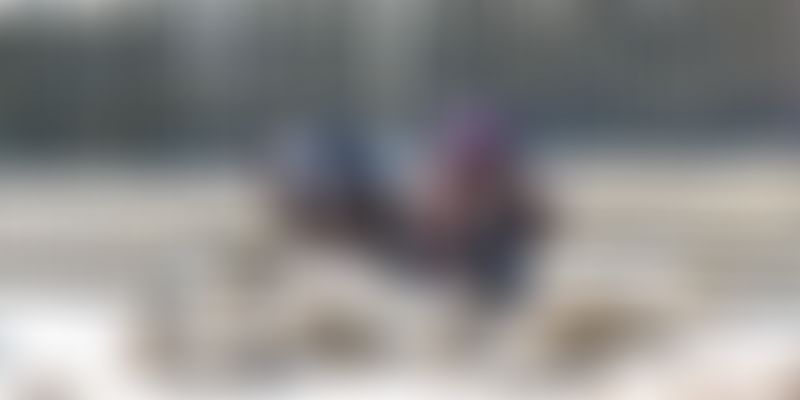 Migrants build cities and fuel economies. However, labour narratives largely go undocumented in our country. On International Migrants Day, we take a look at the current trends, issues, and adversities faced by internal migrants in India.

One of the main reasons why India thrives as a booming economy is the fact it offers cheap and easy labour. Ever wondered what constitutes such a labour force? In more than half the cases, it is people (men, women and even children) who uproot their residences, move great distances, and relocate to strange cities under vulnerable conditions.

Why are migrant narratives relevant?

To put things in simple terms, migrant narratives are relevant because of the sheer scale of escalated migration in the past two decades.

Estimates given by Priya Deshingkar and Shaheen Akter in their academic paper titled ‘Migration and Human Development in India (2009-13) suggest there are about 100 million circular migrants in India who contribute up to 10 percent of the national GDP. This number far exceeds the official numbers given by NSSO (2007-08) who limit the figures at 15 million.

What causes such discrepancies in the measurement of migrant labour?

“It’s the definitional flaws of what categorises as a migrant in India,” according to Divya Varma, Programme Manager, Policy and Partnership at Ajeevika Bureau, a non-profit that has more 10 years’ experience working with migrants in eastern India.

According to the Census, a ‘migrant’ is someone “who is enumerated at a different place than his/ her place of birth or place of last residence.

Such a simple definition does not include various reasons for migration and misses out on gauging the source and destination points, seasonality, and specific trends. Hence the movement of footloose labour does not come into the preview of many government agencies, be it the National Sample Survey Organisation or Census, says Divya.

One of the most unusual findings of the 2011 Census suggest that for the first time in history, India’s urban population rose more than the rural population hinting at patterns of large-scale distress migration. According to a study conducted by Bhagat and Mohanty (2009), the major origin states for migrants include Bihar, Uttar Pradesh, Odisha, Rajasthan, West Bengal and the key destination states are Gujarat, Maharashtra, Delhi-NCR, Kerala, and Tamil Nadu.

Why is migrant labour preferred over the local workforce?

With mobility trends showing a sharp upward rise in the past few decades, there are evidences which suggest that industries too prefer employing migrant labour over the local workforce.

Migrants are often employed in the lowest rung of value chains. Though they are involved in many heavy duty industries like textiles and occupy most service oriented jobs such as being waiters or domestic help, they are still regarded as cheap labour, says Divya.

So, what are the major sectors hiring these migrants in massive numbers? “Its construction, agriculture, services, textile, brick kilns, domestic work, mines and quarries, hotels/ restaurants, and small manufacturing,” she answers.

Since, most migrant labour in urban areas are employed in unorganised sector jobs, they work in vulnerable situations that compromise on basic labour rights such as regular pay, safety, etc.

According to Divya, migrant labourers are also preferred because they tend to absorb the most immediate shocks that industries create, without any protest.

They suffer pay cuts to keep businesses competitive; withstand high-decibel clutter that often leads to deafness in textile factories; they are also the first victims of accidental injuries like of loss of limbs, fingers, etc.

Fraudulent wages and exploitation by the principal employer (due to lack of written employment contracts) are also constant issues that migrants face.

Ajeevika receives over 1,200 phone calls every month on their labour help lines from all over the country. “In most cases, the complaints are related to non-payment of wages, accident reimbursements, and bondage,” says Divya.

What are the migrant woes that repeatedly go unheard?

Explaining about the hazardous conditions in which internal migrants work, Divya cites an example about labourers working in the textile industries of Surat, a buzzing business town and major seaport in Gujarat.

So much is spoken about the Gujarat model of development, but the work conditions in many factories across the state are heavily compromised. Despite laws that mandate eight working hours, migrant labourers are made to work beyond 12 hours in noisy power looms.

With their life constantly on the move, many internal migrants do not have proper identity documents. Since they frequently cross over state boundaries, they lack the required proof to lodge complaints. Lack of any legislative protocol that govern their movement and acknowledge their contribution to generating urban revenues also add to their woes.

Internal migrants are also regularly exploited by middlemen who manipulate them with non-payments.

Since there is no written wage contract, there are a lot of cases where attendance sheets are tampered with and migrants are cheated by flouting minimum wage rules. And in most cases they are forced to mediate between concerned parties since they can’t afford to go to courts, says Divya.

These workplace issues aside, seasonal and circular migrants who move within states to work in non-mechanised agricultural farms also compromise on the education and health of their children who further the cycle of unemployment and transient poverty.

Why is it important to address migrant issues?

Failed monsoons, repeated droughts, debts leading to bondage have all lead to an increasing number of rural masses migrating to cities in search of improved livelihoods. These internal migrants (of all kinds-seasonal, circular, distressed, and associational) take huge risks in uprooting families for a promise of better remittances.

When asked why it is important to listen to their issues, Divya, says,

Migrants build our cities and empower urban markets. They provide the cheap labour that helps India remain competitive and investment-friendly. Their bleeding bodies drive our urban industries today. In the absence of a migrant labour workforce, our economy would come to a standstill.

In this context, Divya finds it bizarre how governments and policy makers are failing to take cognizance of these migrant movements and their issues. “The local governments of destination states that receive considerable migrant labour need to rework on their budgetary allocations to be more accommodative. Though NGO’s and media can help increase the visibility of the issue, the need of the hour is appropriate policy intervention that go beyond demonstrative effect”.

With several villagers losing agricultural livelihoods due to rural deprivation, migration has been the biggest contributor in saving the day and pulling many farmers out of structural poverty.

However, dwindling labour beats in media, public apathy toward migrant woes, and vilification of migrant labourers have ensured that migrant issues go unaccounted for in the world’s largest democracy.

But that doesn’t stop scores of people moving across India in hope of a better tomorrow- Be it Odia men and women migrating to work as bonded labour in the brick kilns of Andhra Pradesh or adolescent girls from tribal Chhattisgarh moving to Delhi to serve as domestic helps.