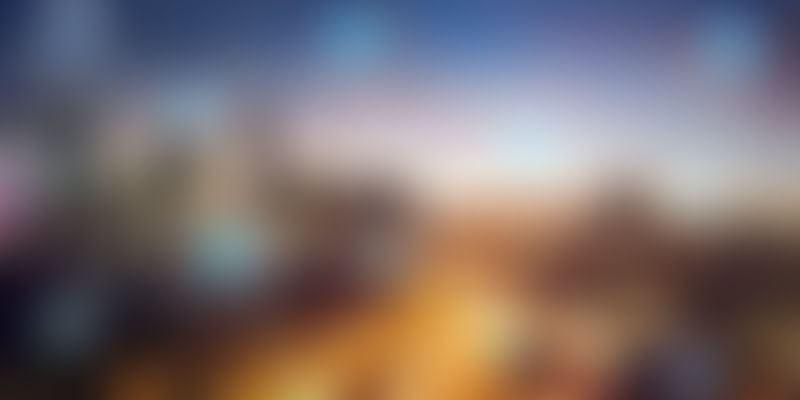 Internet of Things (IoT) is a platform on which devices are connected to each other using the internet, with the help of built-in sophisticated chips, sensors, and a unique identification code. These smart devices have the ability to sense, communicate, and transmit valuable data to any place, at any time. For instance, a smartwatch like Fitbit can monitor heart rate, steps, calories burnt, etc.

In short, IoT helps monitor, control, and manage applications on a network by means of the internet. For example, a cardiac app can monitor heart rhythms of a person and give early warning of any dangers to hospitals on a 24x7 basis. Even home appliances can be remotely controlled by users by means of apps on their smartphones.

The IoT revolution is spreading its roots in India as well, and there is a rapid influx of Indian companies joining ranks to move the technology forward. Today, we have around 971 IoT startups in the country, up from 123 in 2014 and 275 in 2015, according to the IoT Startup Directory 2017. Many of these startups, along with the Indian Government, are working cohesively to launch Smart Cities.

What are smart cities?

According to a 2014 UN study, 54 percent of the world’s population lives in cities. That would explain why countries across the globe are trying to build smarter and greener cities. Even McKinsey research states that $400 billion a year will be spent on building smart cities, and these cities will possibly generate 60 percent of the world’s GDP, by 2025.

So what exactly are smart cities? In the purest of definitions, a smart city is an advanced urban region that use information and communication technologies to manage assets and resources and ensure sustainable living and essential services to residents. So the push for smart cities is aimed at easing the lives of urban dwellers, reducing stress on natural resources, and minimising carbon footing.

Since IoT also looks to connect every node on to a central network, it works in favour of smart city initiatives. No wonder technology giants such as Siemens, Toshiba, Microsoft, Oracle, Hitachi, and Ericsson are pumping funds and research teams into the technology. They realise that the future has IoT at the centre of the scheme of things.

Keeping the IoT revolution and smart cities in mind, here is a list of companies which are working to ensure that the initiative and phenomena see the light of day. This is not a comprehensive list of IoT startups but one which lists startups that addressing different problems such as wastage, energy saving, smart metering to home automation etc.

Gia is one of the leading startups providing IoT solutions for industrial automation and smart cities. The company is working in areas like sensing, tracking, metering, and analytics, where it feeds real-time data streaming and data insights on assets, particularly their consumption and performance. By merging data with machine learning, data analytics, and trend mapping, Gaia is able to help other companies and cities work smart.

Gaia is at the helm of e-governance for the Swachh Bharat Mission, even supporting the Delhi government with its smart water metering solution for Delhi. For the smart city project, it has worked on many ICT designs, such as the Delhi-Mumbai Industrial Corridor, Kashi Smart City Challenge plan, and Kalinganagar Tata Steel Township, to name a few.

Founded by IIT graduates Dhruv Ratra, Swati Vyas, and Rahul Bhatnagar, Cubical Labs provides wireless, home automation solutions which can be controlled remotely through a mobile device from anywhere in the world. The Delhi-based company was started in November 2013 and has expanded to 14 cities in five states. It even has plans to expand into the markets of Southeast Asian and Middle Eastern countries.

Their marquee technology is Cubical SmartHomes, which focuses on smart energy consumption. This project aims to notify users – through their smartphones – about spikes in energy consumption by tracking and managing energy usage in real-time. Users can also control devices like lights, air-conditioners, fans, and other appliances in their homes remotely, even dimming lights to save energy and reduce eye-strain, for example. The solutions also let you integrate IP cameras with your products to get a live feed of your home and thus make it more secure.

Working in the domain of renewable and sustainable energy systems, FluxGen's products help control one of India’s major problems, water wastage and spillage. Founded by IISc Alumnus Ganesh Shankar, the startup’s product can be applied to energy harvesting, resources (energy and water) monitoring, controlling, and finally optimising the usage of resources.

Its flagship programme Energy and Water Manager (EWM) is a renewable energy system designed to measure and monitor energy and water consumption using the IoT platform. The EWM generates status reports and consumption bills and even uses emails to notify users about real consumption versus the actual requirement to ensure optimum usage of resources.

Based out of Bengaluru, Altiux helps large MNCs as well as startups in joint IP development, prototyping, new product introduction, concept development, product re-engineering, and emerging market-focused solutions. The startup – which is working to make smart cities cleaner, safer, and efficient – received funding from BitChemy in 2014. With a focus on reducing energy consumption, Altiux has created many IoT-led solutions like smart parking, smart lighting, and smart transportation. It even helped a captive power plant achieve 18 percent energy consumption reduction through IoT.

Their standout product has been COIN, which works on a peer-to-peer mesh network. The data from the devices can be streamed periodically to give real-time information.

As work on smart cities picks up pace, the IoT revolution brims with opportunities. Many experts believe that the technology will chart the path for a multi-trillion dollar industry within the next decade. Taking all this into account, the field is evidently ripe for many other entrepreneurs to venture into and perhaps create the next big unicorn.