Leveraging the power of AI, SpotDraft is simplifying contract management for MSMEs 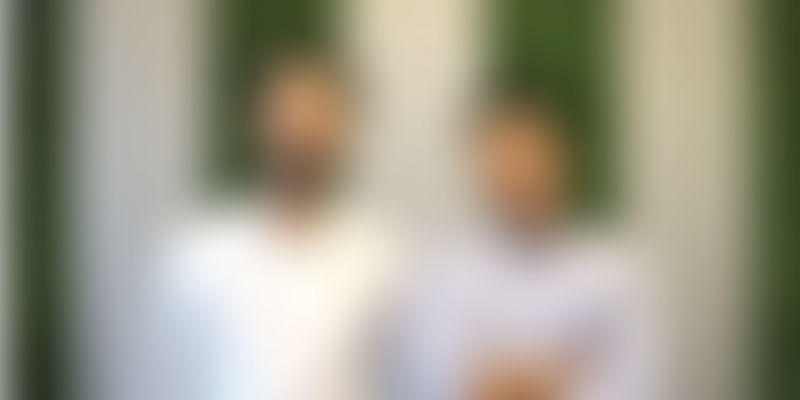 In business, contracts lie at the core of governing some of the most important professional relationships. But maintaining and strengthening this bond can often be painstaking as businesses spend hours on drafting and negotiating contracts, and toggling back and forth for invoices and reminders.

Enter SpotDraft, a contract automation platform that provides users with lawyer-vetted templates that can be filled in less than a minute. Once the contract is created, the platform automatically creates invoices that are GST compliant, sends payment reminders, and tracks the payments that have become due.

Since its inception in February 2017, the startup claims to have executed over 6,000 contracts on the platform.

What does Spotdraft have in store?

SpotDraft aims to use technology to automate contract management at a marginal cost and offers three solutions: (a) Contract Creation - drafting a contract from a template; (b) Contract Analysis - analysing the contents of the contract to help simplify it and understand the good, bad and ugly; and (c) Contract Management - understanding the business aspects of a legal document and putting it into action.

Through SpotDraft, a user can upload existing contracts and its proprietary Machine Learning algorithms parses through the contract to point out missing important clauses, summarises the key terms, classifies the good, bad and ugly clauses to give a better understanding and negotiation power to the business.

The platform’s Artificial Intelligence (AI) creates a smart inbox of all the contracts and notifies the user on important actions such as regulatory filings, upcoming deadlines etc, that one might need to take. The inbox also connects contracts to external data sources to notify breaches or changes in the law.

“We are targeting the MSME sector and the freelance market to start off, and then wish to move up. Freelancers and entrepreneurs need legal help but can’t afford to pay for it so they just DIY,” says Shashank Bijapur, co-founder of SpotDraft.

Using advanced algorithms, SpotDraft connects different parts of the same legal document into one simple workflow with zero human intervention. This saves direct legal costs as well as indirect losses due to bad negotiation or drafting. SpotDraft claims to be a disruptive solution as all of this is done at a fraction of the cost and time of existing alternatives.

SpotDraft was founded by Shashank (31), a lawyer from Harvard Law School and Madhav Bhagat (29), a computer scientist and alumnus of Carnegie Mellon University. Prior to launching SpotDraft, Shashank was a Wall Street Lawyer and worked on various legal issues, representing parties from all across the spectrum. Madhav specialised in AI applications and has worked on projects in Google Classroom, Google Forms and Google Brain.

“When I was a transactional lawyer, I dealt with a lot of contractual work, for various parties in various sectors. While my work was intellectually rewarding, the amount of time that was spent on copy-pasting old contracts into new contracts always bothered me,” added Shashank.

Madhav, who comes from a business family, too had witnessed a similar situation at home. He recalls that his father used to ponder over contracts that shouldn’t have taken so much of his time or resources. To make matters worse, even hiring lawyers didn’t get the job done right.

“We knew that technology can be used to automate clerical tasks like contracting. We knew that with the integration of artificial intelligence programmes with such clerical tasks, people could utilise their time better to perform tasks that added more value,” added Shashank

The duo met at a party, while they were still working in New York. Shashank reveals that over the course of their conversation, it was clear that they both wanted to do something involving technology and its ability to reduce the burden on businesses. Since the two were planning to come back to India and build their own ventures, they decided to merge their expertise and experiences into a common venture, resulting in SpotDraft.

Legaltech is roughly around $80 billion and India makes up 10 percent of the global market. Identifying the huge potential of the space, several startups like LawRato, MyAdvo, LegalRaasta and others are working towards simplifying legal services. However, most of the solutions either let users “purchase” a contract, or “connect” you to a lawyer for a fee and they do not provide any help in managing or operating on contracts.

Also read: Legal woes? Sail through with the help of these startups

The contracts are still scattered in people's inboxes, and operationalising a legal document takes days because of the number of people involved, and this is where SpotDraft aims to create its niche by automating contracts at a marginal cost.

The platform claims to be an end-to-end contract lifecycle management product that does not require any human intervention.

The startup is backed by a seven-member team including the two founders, a lawyer and four engineers.

Going ahead, SpotDraft is planning to launch a contract management system and a contract creator that will allow users to create their own customised contracts.

The contract management system is driven by the proprietary AI engine capable of extracting key pieces of information, comparing the contract to market standards. The AI platform can also analyse legal documents to give you the whole picture so you know what to negotiate.

Currently, the platform offers free service for users to execute contracts. Going ahead, it is planning to generate revenue from other services, like the contract management system and contract creator. It plans to cash in on a freemium business model, charging users based on the frequency of the usage of service. For small businesses and individuals, pricing will be Rs 799 per user per month, and Rs 1,499 per user per month for larger businesses.

Over two months, the platform raised a seed funding of $550,000 (Rs 3.5 crore) led by Hunch ventures, a VC firm. SpotDraft plans to use the capital for acquiring talent, users, scale the team and technology services.

“Once we have dominated the Indian market, we plan to train our focus on the Southeast Asian markets. Our final goal is to move westwards towards North American and the English-speaking European markets in the next 18-24 months.” Shashank signs off.