This fellowship is inspiring young marginalised girls to follow their dreams 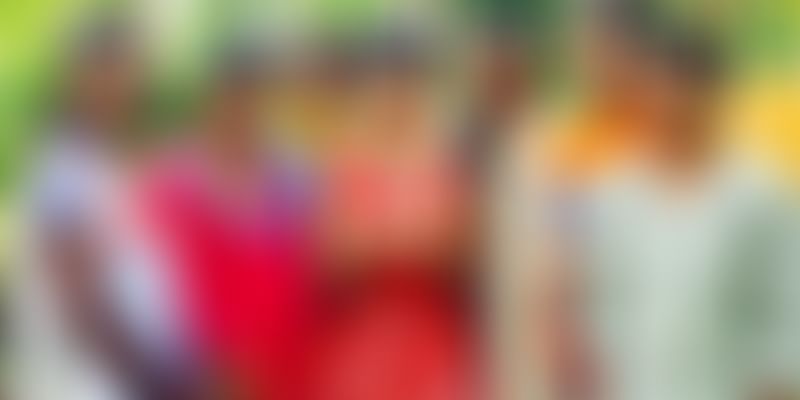 Project DEFY’s Waking Dreams Fellowship is raising funds to provide six girls in a village outside Bangalore with the opportunity to work on a chosen project with mentorship.

Women may be fighting for equal pay in corporates, but in our villages they continue to wage daily battles for control over their own lives. This is more likely in situations when women are financially dependent; it’s worse when they belong to marginalised communities.

The stark reality is that a large cohort of women has limited control over the simplest of life decisions.

According to the 2012 Indian Human Development Survey (IHDS) survey , 79.8 percent of women needed permission to visit a health centre and 58 percent of them reported that they have to seek permission to visit even the local grocery store. This denial of autonomy translates in other directions, mainly education, employment and marriage decisions.

The survey also stated that only 4.99 percent of women in India had the control over choosing their husbands and only 27 percent of Indian women are part of the labour force. The female literacy rate in India also remains low at 65.46 percent as compared to the male literacy rate of 82.14 percent ( Census 2011).

However, this marginalisation can be dealt with if opportunities are created to empower young girls and women. With some mentoring and financial assistance, many of these women can become role models for the next generation.

Take the example of Nandini, a 17-year-old girl from Kaggalipura village in Bangalore Rural district. She dreams of learning filmmaking and wants to make a documentary on child marriage.

Many in her close circle, including her mother, aunts, cousins and schoolmates, have been forced into child marriage and have shared their hardships with her. Born in a family where her father is a load controller in a factory and mother is a housewife, she is very strong willed and wants to be a crusader fighting against child marriage.

Nandini, and 5 other girls like her, are turning their dreams into reality with necessary support from Project DEFY.

The non-profit company has created the Waking Dreams Fellowship to provide six chosen young girls with an opportunity so that they can follow their chosen path in a systematic way, guided by experienced mentors.

Megha Bhagat, the Co-founder of Project DEFY, says, “We want to give these young girls one year of self-exploration, to do something more than the requisites of societal commitments of basic education and means of employment. We want them to explore, follow their passion, go after their dream and become independent in wider sense.”

Project DEFY (Design Education For Yourself), the brainchild of Abhijeet Sinha (27) and Megha Bhagat (32), was started in 2014 in Banjarapalaya, Karnataka, with the intention to create a self- learning space.

While Megha is a human rights lawyer, with a master’s degree from NLSIU Bangalore, Abhijit is a VIT alumnus who left an IT firm to co-found Project DEFY with Megha. Their mission was one: to reform the institutionalised structure of education and lead girls to technology programmes and self-employment opportunities.

The seed that sprouted

The seed of the idea was sown when Megha took 50 girls from a village on the outskirts of Bangalore to watch an inspiring movie based on the story of Poorna, a 13-year-old Indian girl who had climbed Mount Everest .

Seeing that the girls were deeply affected , Megha crowdfunded tickets for 500 more girls and took them to watch the movie. She was excited when she spoke to the girls about their takeaway from the movie.

“Almost every girl was enamoured by the role played by the girl’s coach, Dr Praveen, throughout her journey. Although Poorna was passionate about mountain climbing from the beginning, it was the consistent mentoring and financial assistance by her coach that eventually helped her to succeed,” Megha adds.

This realisation that given some financial assistance and guidance by role models that these girls could awaken their inner Poorna gave birth to the Waking Dreams Fellowship. They began with a pilot project to create six self-empowered, independent , and socially responsible girls .

From dream to reality

Having extensively worked for three years in rural communities outside Bangalore city , Project DEFY identified these girls based on the three criteria - their dream or passion, the zeal and commitment level, and the intention and vision to bring about a change in their immediate surroundings.

Ramya, another girl who is benefiting from the fellowship, is 18 years old. Hailing from Bangalore’s Kumbalgod Village, she wants to learn belly dancing in the next one year. She also wants to start a small training centre to teach the delicate art of belly dancing and break the taboo surrounding the art form.

Project DEFY is running a crowdfunding campaign to make these dreams come true. The goal is to open new unexplored avenues to these young girls by providing them with opportunities, monetary support, and technical guidance to help them chase their dreams.