Thanks to BetterButter, now anyone can cook 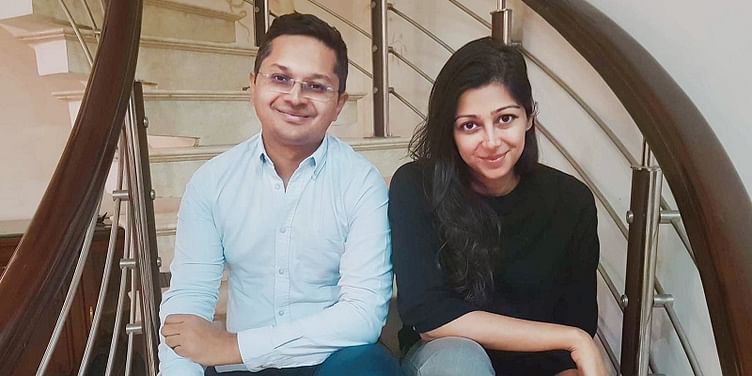 With 50k recipes and over 750k app downloads, BetterButter is providing Indian foodies with a platform to celebrate their love for food.

BetterButter is a recipe sharing platform co-founded by Niyaz Laiq and Sukhmani Bedi. Delhi-based BetterButter was started with the twin goals of making a large database of home-style recipes accessible to aspiring cooks while also providing a platform for amateur cooks, mostly homemakers, to showcase recipes and videos of their favourite dishes.

Sukhmani, 33, says, “The perennial question facing homemakers is — what to cook for dinner. BetterButter, available on Android, iPhone and website, is designed to help them get over their ennui and make that decision easily. Once a user decides on what to cook, the goal is to make the cooking process fun and easy. One can view text or video recipes and look at step-by-step videos also. With over 50,000 recipes and 3,000 videos on BetterButter, there is food from all corners of India and several international recipes as well.”

The user-generated platform is becoming a community that allows users to post food-related queries and exchange notes and tips on cooking. Users can ask questions or start cooking discussions, and fellow members of the community can answer their questions in real-time. Further, users can save content offline to refer to it at their own convenience and in their kitchens while cooking. Moreover, apart from English and Hindi, content is available in regional languages like Tamil and Marathi, with more languages in the offing, making users feel further comfortable, especially since most users prefer recipes from their own native region.

BetterButter also enables homemakers to create studio-quality cooking videos from the comfort of their homes using the BetterButter app. Users can shoot short video clips while going about their normal cooking, which are then stitched together by the BetterButter team to create a high-quality video. These user-generated videos, which were launched in June, clocked 15 million views in the month of September. The videos can be created in English and Hindi and will be launched in other regional languages soon.

Sukhmani says, “We have also worked hard to make the platform accessible for new cooks and learners. Recipes can be viewed in an ‘easy mode’ which allows them to see each step of the recipe, and have it explained via video.”

Read also: From filling cavities to fulfilling cravings, this dentist-turned-blogger will make you go wow

Love for food brought the founders together. Niyaz, 33, started his career in the private equity industry, working in cities like London and Singapore before moving back to India in 2012. With a master’s degree in Developmental Economics from SOAS, University of London, Niyaz had previously founded a paying guest aggregator startup, which did not scale up.

Sukhmani, who has a master’s degree in Economics from the University of Cambridge, began her career working on economic policy for the International Monetary Fund’s Washington, D.C. office. While she enjoyed the work, she did not see herself pursuing a doctorate to continue in the field. She moved back to India and had a brief stint with Deloitte, before pursuing an MBA at INSEAD. After her course, she joined Philips India as a category marketing manager for juicers and food processors. She says,

As part of my role, I spent a significant proportion of my time thinking about my primary customer – the Indian homemaker. I interacted with women in their kitchens across India from Lucknow to Manipur, and understood how deeply passionate Indian women are about cooking.

The friends had been toying with the idea of starting up in the foodtech space. However, they realised the massive opportunity that existed in the recipe-sharing space. Except for celebrity chefs like Sanjeev Kapoor and Tarla Dalal and a few popular bloggers, there are no well-known platforms that act as a mentor of sorts to amateur cooks.

Journey from recipes to the dining table

The food discovery startup is currently engaged in the process of closing series A round of funding. The investment will be routed into two initiatives — improving their technical capabilities by investing in their video technology, and expanding their language base. Sukhmani says,

We are also in the process of undertaking other exciting initiatives for our users such as a voice-recognition system through which users can speak out the recipes instead of typing them.

BetterButter has 750k app downloads till date and approximately 1 million monthly active users across platforms. The team claims they started monetising a few months ago. Their primary revenue channel has been brand associations and they have worked with several major food brands such as PepsiCo, Dabur, Nestle, Viba and Creambell, among others.

BetterButter is a team of 23, most of whom are based out of Delhi. The team did not face any challenges as far as content was concerned from the get-go. Right from the initial days, there was no dearth of users interested in sharing their favourite family recipes on the platform. The team leveraged social media very effectively as most people searching for recipes are very active on Facebook.

The table top videos are also a unique feature that attracts users, both for trying out recipes and posting their own. BetterButter also organises regular contests. Five winners of the month are chosen from among 600 to 800 entries and this creates a lot of enthusiasm among the users. Another unique feature on BetterButter is that once a user posts 20 recipes, she gets a complimentary cook book published with her name and photo, which is a highly rewarding experience.