These top tech trends from 2017 will enable disruption in 2018 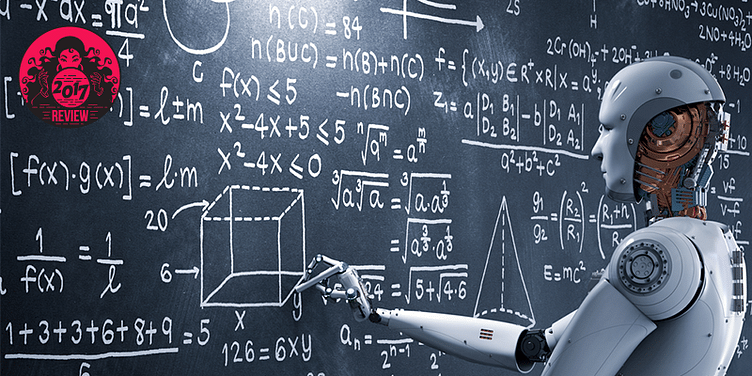 Be it breakthroughs in Deep Learning, Electromobility, Blockchain, Biology of Health, or AR, these technology trends will continue to drive change in the New Year.

The year 2017 exceeded the expectations of tumultuousness set up by Brexit, American elections, and demonetisation in India in 2016. The rollout of GST in India only added to the environment of unprecedented changes.

China’s ambitious one-belt, one-road initiative can fuel continued growth for China, but India has reservations especially on matters of sovereignty. A fall in the population of the western world combined with lower productivity growth pose challenges for the global economy.

The liquefied natural gas (LNG) surplus is reshaping energy trade globally, while it has provided India opportunities to renegotiate old contracts and drive for a doubling of LNG use by the end of the decade. Oil prices have stabilised at around $50 a barrel for the past two years, but are on an uptick since June 2017.

Solar module prices continue to drop and are now below $0.4/watt. India has impressively installed 7.5 GW of solar in 2017 and is set to reach 20 GW total installed capacity by March-end 2018. Prices of lithium-ion batteries have continued to drop in 2017 and are close to $200/kWh compared to $1,000/kWh in 2010. However, the industry recognises that the mining and transportation of lithium are besieged with their own environmental challenges.

With various measures introduced by policymakers across the globe, carbon emissions are growing at a much smaller rate than before. However, carbon continues to build up in the atmosphere and is at record levels. Addressing climate change should still be on the top of the mind for all policymakers, technologists, businesses, and consumers.

The technology trajectory, however, is not limited to addressing climate change.

New ways of providing faster, cheaper, and better services along with newer ways of extending human life and the comfort of living are enabled by some of the trends of 2017.

Amazon’s Alexa, Apple’s Siri, Google Assistant and Microsoft’s Cortana are virtual assistants that use Deep Learning and other AI tools as their backbone. Alexa has also opened the ecosystem, which will drive widespread use of voice commands.

Startups such as Soul Machines are introducing digital employees who are modelled down to a skin pore, endowed with AI-based intelligence specific to their jobs, and able to converse in a natural manner, handling interruptions and detecting confusion.

TCS has launched ignioTM to cognitively automate enterprise IT. The Tata Group Technology and Innovation Office has engaged Tata companies with world-leading universities to develop a range of Deep Learning applications, including material discovery and pricing strategies.

The future of mobility is evolving towards a zero-emissions, shared ecosystem. How quickly the future will arrive is not a technology question as much as a regulation and infrastructure question. As an example, fuel cell-based transportation provides the most effective emissions reduction strategy for a large share of vehicles on the road today.

However, the lack of hydrogen infrastructure acts as a short-term barrier. Hyundai, Toyota, and Honda have introduced fuel cell vehicles in specific regions such as California where hydrogen infrastructure is in place. However, in the near term, lithium ion batteries offer the most economically viable option for electromobility.

India needs to secure its strategy for raw materials and systems for lithium-ion batteries. Regulations have made electrified automobiles inevitable. What will mature over the next few years is the mix between various levels of automotive electrification and the technology options.

Tata Motors and JLR have mature thought processes on electromobility as was demonstrated by the marquee winning bid for the state-owned EESL’s requirement for 10,000 cars. The Tata Group Technology and Innovation Office has facilitated the development of a closed cathode, air-cooled fuel cell. In 2017, this fuel cell was demonstrated for telecom tower applications.

Bitcoin, which is based on Blockchain technology, was the best performing currency in 2016. However, 2017 was something else.

Bitcoin overcame some early 2017 jitters to rise from about $1,000 to $17,000! This is but a natural evolution of a breakthrough technology. Blockchain technology is suitable for a variety of secure transaction requirements. The scalability of Blockchain technology, however, is a current concern. Applications such as supply chain management leverage the full potential of Blockchain to create trusted environments leading to a rethink of business processes.

In areas such as supply chain management, unlike in the implementation of Bitcoin, the issues of scalability can be addressed effectively.

A couple of years ago (Tata Review, July 2015), we bet on immersive social gaming which does not cut off the player completely from the real world. This was seen in Pokémon Go with releases starting in July 2016.

This technology has potential applications outside the gaming world, such as a factory walkthrough. Project Ariana, which creates an immersive experience in a room without cutting out the players from the space around them, was touted as the future of gaming at CES 2017. Such environments also offer opportunities for immersive industrial applications.

Companies such as Blippar are attempting to utilise general AI to classify all that a phone camera sees. The applications include being able to shop for similar items as in the camera’s viewfinder, recognise people, and create interactive learning environments.

General AI is extremely difficult, but niche applications may narrow down the search space to make it practical in the near future.

2D material applications have been slow to grow. However, we anticipate falling costs of 2D materials will lead to rapid growth in use. We estimate the graphene market to reach $12 billion by 2025. Graphene applications include a new generation of energy storage, solar, touchscreens, and protective coatings for metals.

The Tata Group Technology and Innovation Office has facilitated a CoE for 2D materials at IIT Madras led by Tata Steel. Projects at IIT Madras include the use of graphene to replace Indium Tin Oxide in optoelectronics.

The knowledge of the genome, the connectome, and the microbiome is rapidly opening new doors to the understanding of health and wellness.

Work on the microbiome has pointed to the role our microbes play in shaping our immune system. The Tata Group Technology and Innovation Office, along with Tata Chemicals, is working with Yale to accelerate microbiome research and develop prebiotic and probiotic wellness products.

The Tata Group Technology and Innovation Office has demonstrated aerial precise pesticide spraying hardware and algorithms using low altitude miniature drones for various crops, including bengal gram, paddy, and tea. Future development of drones will include incorporating industrial safety standards for wider adoption in agriculture and factories. After a three-year hiatus, India is on the verge of launching its guidelines on the use of unmanned aerial vehicles.

2018 has all the promise of being a tech-enabled celebration with falling battery costs, greater renewable penetration, richer gaming and entertainment platforms, frictionless commerce, and a better understanding of wellness!