With $1.2 B across 45 debt finance deals in 2017, has the Indian startup ecosystem matured? 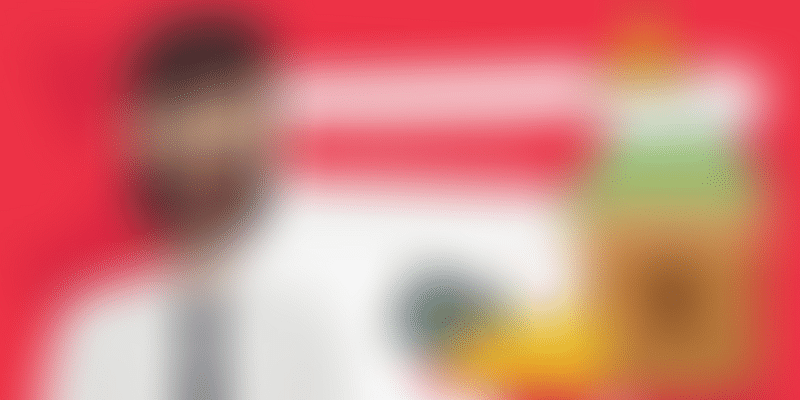 After close to a decade of equity deals, the past year saw increasing instances of companies like Flipkart, Ola, BigBasket, Rivigo, and LendingKart seeking debt funding. Is this a sign of a maturing startup ecosystem?

In 2017, over $13.7 billion was invested in Indian startups across 820 deals. Of these, around 45 were debt financing deals, amounting to $1.2 billion. While in absolute terms this does not represent much, it does show a rising affinity towards debt and signs of maturity in the ecosystem.

Last year, InnoVen Capital disbursed Rs 440 crore in debt. Also, over the last 12 months, debt funds Trifecta Capital, InnoVen, and IntelleGrow have ramped up their investment efforts. In November 2017, Unicorn India Ventures also launched a Rs-600-crore debt fund. Unicorn will use the corpus to deploy funds across different sectors in the startup ecosystem.

After a decade of going all-equity, Indian startups are increasingly open to debt financing and not only are mid-sized companies like BlackBuck looking at debt funding but unicorns Flipkart and Ola also set the trend borrowing from Axis Bank and YES Bank, respectively.

One of the biggest advantages of debt funding is that it provides growth capital to companies, without diluting stake. Typically, companies opting for debt keep the ratio of debt at 15 to 20 percent.

Rahul Khanna, Managing Partner, Trifecta, adds that this year, the team is looking to deploy close to Rs 250 crore in debt funding. He adds that taking into account all peer debt financing funds and Trifecta, there is close to Rs 1,500 crore of debt funding set to be deployed in the market in 2018.

“Debt funding was largely not available to young companies a few years ago. Sometimes, supply creates demand. In the case of debt funding, there was latent demand. Fundamentally, if you look at debt and equity, they both have their roles to play in the building of a company.”

Anil adds that it isn't about debt versus equity, as one cannot replace the other. The idea is to find a judicious balance between the two. Citing an example, Rahul says that if a company is looking at an equity funding $5 million, then the right thing could be to have a $1 million debt funding.

Why is debt funding important after scale?

In the recent times, VCs and founders alike have realised the importance of short-term loans for working capital and other expenditure related to technology and infrastructure.

Last year, BigBasket raised debt funding from Trifecta Capital. Rahul believes short-term capital for requirements such as raw material, day-to-day running of operations should either come from cash flows or from debt.

Equity funding, he adds, is primarily growth capital, which includes consumer acquisition, marketing spends and expansion plans. Like Hari says, parting with equity to for working capital is just not advisable.

He adds that as a company grows and scales, its value and the cost of equity begins to get expensive. Also, after a certain scale, and with higher valuations, diluting more equity becomes unfeasible. Hari says,

“In traditional cases, companies would seek bank loans or overdrafts to help in capex and for working capital. However, the lending models of NBFCs (non-banking financial companies) and banks revolve around solid assets like plants, machinery and cash flows, which most technology driven startups do not have.”

Hypothetically, say a startup, at its current valuation, has to dilute 25 percent stake for $5 million. But, if the founder chooses to raise $4 million equity and $1 million debt, the stake dilution is by 20 percent instead. If, in due course, the company reaches the coveted $1 billion valuation mark, the five percent stake the founder managed to retain would now be worth $50 million.

When the current crop of startups look at going public, too much equity dilution early on might prove to be detrimental as the quantum of shares on offer later by the company will be lesser.

In 2008, four years before going public, social networking giant Facebook borrowed $100 million of venture debt to build infrastructure. At that point, Facebook wasn't in a position to go public, and adding investors would have just pushed the networking giant closer towards a public listing.

However, as Rahul says, not all companies can benefit from debt funding.

“This is primarily because debt, by design, is for companies who have reached a certain scale and have a path towards profitability and unit economics,” he adds.

Venture debt is very much like a bank loan, which needs to be paid back in a definite time frame. The loan amount is typically based on the projected run rate the company shows, and its revenue projections. Interest rate is generally 15 to 24 percent, which is higher as compared with traditional bank loans as the risk involved is greater.

Several startups also seek venture debt as an extra runway between two rounds of equity funding. Snapdeal is believed have taken this route, and Uber took the same at the end of 2015. AirBnb opted to take $1 billion as debt capital as a buffer between funding rounds.

A word of caution

It is important that a company has a strong grip on its growth and spend metrics when it seeks debt capital. In any circumstance, if a startup isn't able to achieve the growth it forecasts to its debt financier, the debt funding becomes a ticking time bomb.

The journal Axios points out the example of fashion e-commerce company ModCloth. In 2013, the company failed to raise funding, and instead elected to take $20 million in debt to buy time for the next funding round at a better valuation.

Unfortunately, the growth never materialised, and ModCloth’s debt was due soon. Jet.com got wind of this, and purchased ModCloth at a steep discount.

Though mature in the UK and the US, debt funding is relatively new in India. Venture debts generally gain momentum 10 to 15 years after the venture capital market matures. In the US, venture debt saw a rise in the 1980s, around 10 years after venture equity was a phenomenon.

Today, in the US, annual debt financing stands between $2 billion and $4 billion. In the UK, on the other hand, the debt financing market picked up in the 1990s, and venture funds today are believed to pump in close to £1 .

In the Indian context, VC funding saw a rise from $300 million in 2005 to $2.1 billion in 2014. Debt funding, on its part, is still finding its feet, and this year the ecosystem hopes to see more debt deals across startups.