50 – a great number to be at and then some learnings 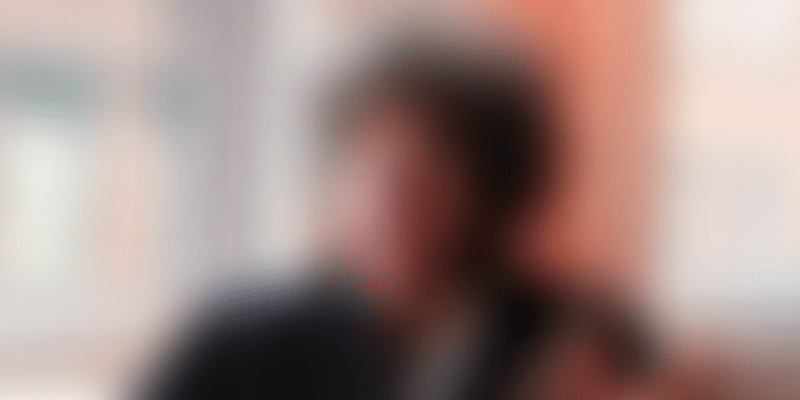 So many people told me over the past few weeks, “Don’t worry. It’s just a number.”

Everything changed in my life at age 49.

I bought part of a standup comedy club (Standup NY), and started performing three to six times a week at places all around the city, even around the country (thank you “Laugh Factory” in Chicago for letting me headline).

I sold a business, then stayed with it and watched it grow.

I made many new investments in ventures that will save lives. I sent a kid to college. Other things, I'm too shy to say.

I started a charity, wrote a screenplay. I developed products I am proud of. I advise a TV show. I co-produced another show (stay tuned). I tripled my podcast. I made many new friends.

Every goal I set for myself at the beginning of 49 didn’t happen. Nothing happened. It’s all different than I expected.

I am where the party's at

This one line became important in every area of my life. One example: I became obsessed with standup comedy this year.

I’ve loved comedy for thirty years, but I was afraid to go on stage. I went on stage about two years ago for the first time. But this year, thanks to Dani Zoldan and StandupNY, I started going on stage all around NYC, and other places three to six times a week.

Did I get good? I hope so. A little bit. Enough. People laugh.

Did I get better? Yeah! After watching comedy live and on TV for 30 years, I realised how many micro-skills and subtleties there were. I had no idea.

Likability, crowd work, crowd control, structuring a layered joke, telling a story that has punchlines, dealing with hecklers, dealing with silence, MC-ing, stage work, pacing, the psychology, dealing with my own insecurities.

Maybe the most important thing I’ve learned by going on stage hundreds of times and watching many more comedians than ever is:

The audience is an X-ray machine. They can see when I am nervous or scared. They will pounce.

But if I KNOW that I am where the party is at, then I KNOW I am the one having fun. They are always invited to join me.

I make myself laugh. I surprise myself. I have fun. And you are always invited.

Does this work in other situations?

Yes. Try saying it the next time you are nervous.

Learn everything from everyone

On advice from Tim Ferris, I upped my podcast from one time a week to three times a week.

So, much more preparation!

I feel so blessed to have learned from so many great life achievers. I’ve played chess all my life, for instance. I had on Garry Kasparov, the former world champion, and got to play him a game.

I had on Ray Dalio, the largest hedge fund manager in the world. Sara Blakely, one of the most creative entrepreneurs in the world. Richard Branson, a hero of mine for the past 20 years. Erika Ender, who just got nominated for a Grammy for Despacito, which has something like 7 billion views on YouTube. And so many others I love and respect.

I wanted to learn from all of them. The one secret gem they were always hiding.

And, secretly, I want to be best friends with everyone on my podcast.

Financial success is directly related to the people I work with

I’m involved in a lot of different businesses. For some reason, this year, almost all of my work life was strikingly successful. Whether it was my business, or my investments, or things I am only peripherally connected to, I ONLY worked with people I really liked being around.

This was the single differentiator in my work this year, as opposed to the last 30.

One toxic person requires about 100 non-toxic people to make up for them. So better to just be with good people and ZERO toxic people.

Romantic success is directly related to the quality of my friends

When you buy a Honda Civic, all of a sudden you see all of the other Honda Civics on the road.

A teacher showed his students a basketball game and asked them to count the points. All the students got the points correct, but didn’t see that a man dressed as a gorilla walked through the middle of the court.

LESSON: What you think, feel, do, is what you see, hear, attract.

If you feel pain, insecurity, fear, you start to see, hear, attract all the things that will keep you fearful.

This isn’t the law of attraction. This is how love works.

I’ve been writing the same thing for eight years. “I went broke, I was suicidal, here’s how I got out of it.”

That’s fine. I like slicing that story 1,000 different ways. I learn something new each time. And I had big writing plans this year. And then I failed.

This is the first year since 2004 I didn’t publish a book.

Instead, I continued to write. But I also did standup comedy, I wrote screenplays, I’m an adviser on a popular TV show (more on that in a few months), I went back to writing more on finance.

I still checked the box: am I creative every day?

Just watch the video of me trying to do a full talk show (monologue, guest, musical guest) on a subway car.

It's a disaster. But it was fun.

Perfection is the enemy of learning. And I definitely had to learn a lot.

Compare that to NOT spending time with seasoned professionals.

Who will learn faster?

When you are with people who have learned the 100 micro-skills involved in learning anything difficult, you will be a sponge, soaking up as much knowledge as you can.

The side benefit of having a great podcast and being around great people.

Sidenote: A few weeks ago, Google invited me to talk about using failure to hack the 10,000 hour rule of excellence. If you haven’t seen it yet, you can watch it here.

Choosing yourself has nothing to do with entrepreneurship

Starting and running a company is HARD. Not everyone is cut out for that. I don’t know if I am.

But the best and most unique form of learning is to combine things from all of your different activities. I can take things I learn from one business or activity, introduce it to another business, and the result is usually success. And I learn to get better and better at doing this “idea sex”.

One example: I bought into an ad agency that makes viral videos by using comedians. I met them through the comedy club I bought into. I introduced them to other investments I've made.

The agency made ads for my other investments. The ad agency grew. The businesses grew. The comedians in the ads were happier. Everyone is bigger.

How do you get better at combining? By truly choosing yourself: making sure no “gatekeepers” can control your message.

If you want to publish a book, don’t wait to be validated by an assistant editor at a mediocre publishing firm. If you want to make a TV show, just shoot it.

If you want to start a business: bring value to an existing business and be a part of the profitable outcome.

If I feel like something is in the way of “choosing myself”, if I feel like I am wanting to be validated by someone, I try to figure out my way through it.

You need energy to do this.

So I had to always make sure I followed my own daily practice and took care of myself. Physically, emotionally, creatively, and spiritually.

These are the only things.

No amount of money can buy yourself back.

You see these ads all over the Internet with me wearing Bitcoin glasses? I hate looking at myself in these ads.

But I do believe in several things: that cryptocurrencies are here to stay and they are a huge tectonic shift in the economy.

And I also believe that nobody knows what they are except for a few crypto-elitists in Silicon Valley.

So I wanted to educate people. And help people avoid the 1000s of scams out there. And help people make money. I turned down doing a “crypto hedge fund” and set up a research service. That required people (a LOT of valuable people) to help me if I wanted to reach the most amount of people.

It required selling. It required a lot of difficult work. I wrote a book, did about 20 videos, and work with excellent people to put out a quality product.

I like someone. If she says something that makes me feel uncomfortable I try to say immediately, “I don't like that”.

I don’t always say that. And then I feel bad afterwards. She said what she felt but I didn’t get a chance to say what I felt. This is not self-care.

A business relationship is no different.

The relationship between the speaker on the stage and the audience is no different.

That doesn’t mean everyone has to agree with me. If they don’t, that’s fine. But at least it’s out in the open and everyone can decide where to go from there.

We only have this life to say things from our core integrity. Build a core. Have integrity. And in the beginning was the Word.

This is what I learned at 49. I think I'm the happiest I've ever been.

A year from now, I might be lying in the gutter in the rain at three in the morning with a needle in my arm.

If you see that, please give me a hand. Thanks in advance.