After more than 70 shows, Bengaluru-based theatre group Tahatto is gearing up for experimental theatre 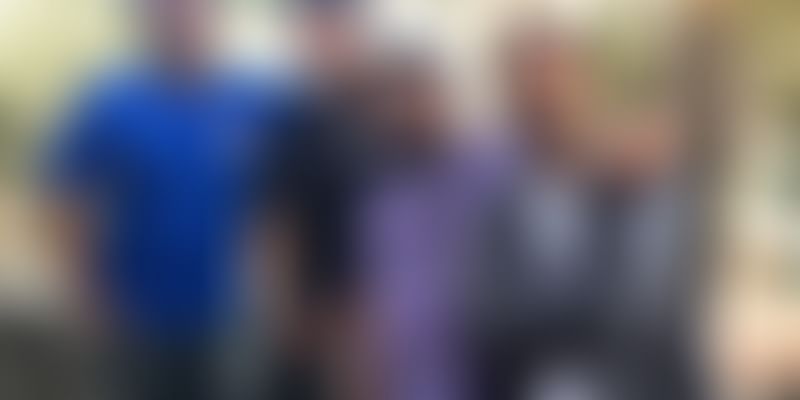 Theatre collective Tahatto has produced nine full-fledged productions and several shorter-format plays. The next step? Blending the real and the virtual in performances.

Tahatto was born in 2009 with just one simple dream: to create performances that would go beyond just set pieces and help create collective experiences of understanding oneself and each other as a community.

Over the years, Tahatto has performed more than 70 shows across the country, reaching to over hundreds of audiences. They have also delivered several workshops for individuals and corporates, helping theatre impact more lives. Tahatto also co-created the only annual Indian theatre confluence, Speaking of Theatre, which brings artistes and theatre-lovers together for a weekend of talks, workshops, demos, and performances.

The idea of Tahatto was born out of sheer synchronicity, say the co-founders.

Piyush Agarwal, one of the Co-founders, says: “Nine years ago, 20-odd individuals met at a beginners’ theatre workshop. And most of us were at a similar stage in life - emotionally and energy-wise. As with the most ludicrous ideas, this one started with wondering ‘what if we were allowed to create something, without excuses or shortcuts?’ Thankfully, we didn’t sit on it and dived into things headfirst. That has stayed one of our strongest ideals - to create art without excuses, apologies or shortcuts.”

Piyush is primarily an actor and a technologist. He has been performing in plays since his school days and has been part of over 20 productions across multiple languages.

The other Co-founders are Badarivishal Kinhal, Prashant Nair and Vikram Sridhar. Prashanth is a playwright and director whose work has influenced the direction Tahatto moves in. Badarivishal is an actor, director and a strategist. Vikram Sridhar is a classical performance storyteller, theatre practitioner, and children’s festival curator.

“Like any enterprise that depends on collective passion, the team included anyone who was willing, enterprising and patient. We were learning together, making mistakes together, and finding solutions together. In hindsight, the fact that we didn’t inherit theatre legacy meant that we came with no preconceived baggage. We asked for help when we needed it; we went ahead and tried unconventional ways to address existing issues in theatre. And like a living, thriving being, Tahatto began to evolve and find her identity. This meant that the people involved were able to clearly assess if and in what capacity they wanted to be part of Tahatto and vice-versa,” Prashant says.

“Along the years, Tahatto, as a collective, has gotten tighter and more focused. Today, the four Co-founders run Tahatto, making it a highly agile and synchronised collective,” he adds.

Tahatto has created nine full-fledged theatre productions and several shorter-format plays that have been performed across the finest performance venues and unconventional spaces across India. They also organise theatre workshops aimed at getting individuals to discover wonderful things about their bodies, voices, and lives through performance and storytelling, and encourage human contact.

Tahatto’s theatre is known for its original stories, quirky voice, and performances that are necessarily urban and therefore constantly in flux.

Their newest piece, Remember Remember, is an amalgamation of everything that makes Tahatto unique – the performance combines storytelling with song, dance and an inquiry into whether urban spaces are capable of creating fairy tales, and what would they be like. Remember Remember is a set of plays imagined and written as urban folktales.

“The nature of performance is changing in the urban landscape. Performance, entertainment, and interaction today are consumed on the mobile phone, and individually. Tahatto, in the near future, is looking to challenge its own limitations of live performance and aims to blend the real and the virtual in performances. This essentially means that instead of looking at a human only as a ‘consumer’ or ‘audience’, we’d like to explore looking at everyone who interacts with us as ‘collaborators’. That, to us, is an idea that’s immensely exciting,” says Piyush, on how Tahatto will evolve in the near future.