Azim Premji: what you can learn from this legend about success 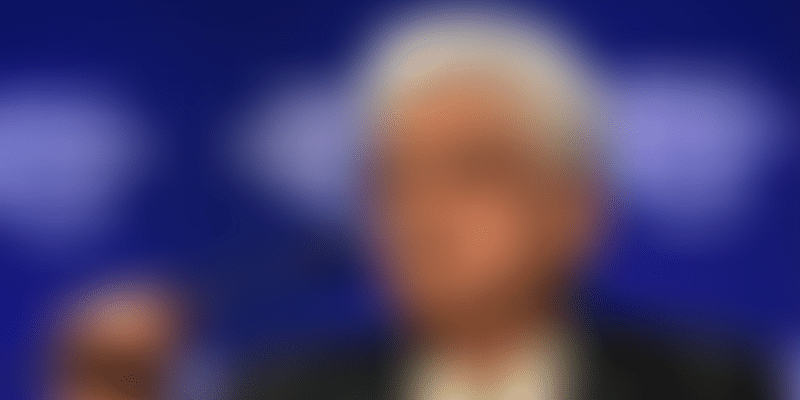 52 years ago, a young 21-year-old had to drop out of the prestigious Stanford University just as he was about to complete his engineering degree. His father had passed away and someone needed to take care of family and business. Today, the man has built an FMCG and IT powerhouse (Wipro Ltd) and is also the founder of a non-profit for universal education (Azim Premji Foundation and University). Also, he did eventually go back to Stanford to complete his degree – 30 years later. We are talking about none other than Azim Premji, a business tycoon, philanthropist, and one of the world’s most inspirational corporate leaders.

Premji’s life is a lesson in sound corporate citizenship, business skills and ethics, and paying forward. We dived deep into his journey for inspiration. One thing we know for sure – Azim Premji’s words are not mere quotes. They are a form of moral compass for entrepreneurs, corporate employees, leaders, and everyone else.

Success is all hard work, perseverance, and honesty

In a world that is increasingly relying on complex strategies, long-drawn discussions, and many self-help books and essays on the secrets of success, few people have managed to keep it simple. Premji is one of them. He emphasises on seemingly simple and old-school rules. At the 2014 Graduation Day of Indian School of Business, he said,

“Innovations, big ideas, being different, all have a place – and sometimes can be very important. However what really builds and sustains success, are the much ignored ordinary things. The three ordinary things that we often don’t pay enough attention to, but which I believe are the drivers of all success are hard-work, perseverance, and basic honesty. Everything was built with steady, painstaking work.”

You alone shape your destiny

If we come down to it, there are many reasons for not being successful, not doing enough, not getting an education, and much more. But as the adage goes, where there’s a will, there’s a way. Life is rife with obstacles but only you are solely responsible for shaping up your destiny and the way ahead. Take Premji’s case – after losing his father, he had to abandon his Stanford degree and manage his family business at the tender age of 21. Rather than giving in to the uncertainty of the future ahead, he picked up the trade and allowed his entrepreneurial spirit to expand his horizon and build the Wipro empire. He says,

“Many people advised me to take up a nice, cushy job rather than face the challenges of running a hydrogenated oil business. Looking back, I am glad I decided to take charge instead. Essentially, leadership begins from within. It is a small voice that tells you where to go when you feel lost. If you believe in that voice, you believe in yourself. When it comes to choosing your careers, you have to take charge of your own destiny.”

Self-confidence is the first marker in the pursuit of excellence

One doesn’t build a powerhouse the size of Wipro, now a $19.4 billion company, without the pursuit of excellence. Naturally, Premji is a hard taskmaster and expects the best from his leaders and employees as well as himself. He believes that certain traits are crucial in employees chasing the highest echelons of quality and success. One of them is self-confidence. In his words,

“We need to build a collective self-confidence. Organisations and people who pursue excellence are self-confident. This is because excellence requires tremendous faith in one’s ability to do more and in a better way. Unless we believe we can do better, we cannot.”

Premji also instils in his organisation the need to deeply understand one’s strengths and weaknesses. Spreading oneself too thin and trying to do everything doesn’t help anyone. Instead, he believes that organisations and individuals succeed when they focus on what they are good at – and ensure they do it really well. He says,

“We must realise that we cannot be the best in everything we do. We must define what we are or would like to be best at and what someone else can do better. We have to define what our own core competencies are and what we can outsource to other leaders.”

Recent years have seen a large number of Indians jumping on to the entrepreneurship bandwagon, or at least dreaming of it. From bringing an idea to life to being your own boss or building a stellar, responsible business, there are many motivations. Premji, a star entrepreneur himself, believes that the key elements of a successful entrepreneurial streak are the ability to set high goals and then strongly believing that they can be achieved.

“If people are not laughing at your goals, your goals are too small.”

“Success is achieved twice. Once in the mind and the second time in the real world.”

The future emerges from the past

Premji believes that innovation cannot come at the cost of forgetting past lessons and understanding context. This is especially crucial in our times when technology is proliferating at an unprecedented rate in business as well as in society. Legacy and lessons, technology and innovation must go hand in hand, he says.

In a letter addressed to employees at the start of this year, Premji wrote, “Do we have to shed what is old to become new? This choice is often also thought of as choosing between the past and the future. It is far more efficient if we are both, old and new. We must retain the strength and learnings of the past, as we embrace the future by developing new capabilities and innovative approaches.”

Working together for the common good

For workplaces that thrive on ideas, differences in opinion are a given. The same applies to social contexts. Conditioning, value systems, and tightly held beliefs are part of the game. Premji believes that achieving something bigger – a shared organisational goal or larger social good – comes from the ability to talk it out and believe in a common cause that is more important than individual opinions. In his words,

“It is vital that we accept them and find a common ground to work together. Negative people only focus on differences. How empowering it would be for us as a nation if we focus on common causes. If there are differences of views or divergence of ideas, they can only be resolved through discussion and dialogue.”

Azim Premji’s commitment to building a profitable business that brings inherent social value is one of his most important legacies. Eventually, it is all about striking the right balance – between work and life, between revenue and social good, between past lessons and future ambitions, and between differing opinions – and that in itself is a lesson. If you are going to play by the rules, let them be Azim Premji’s!