Budget 2018: how can we enhance the growth of startups in India? 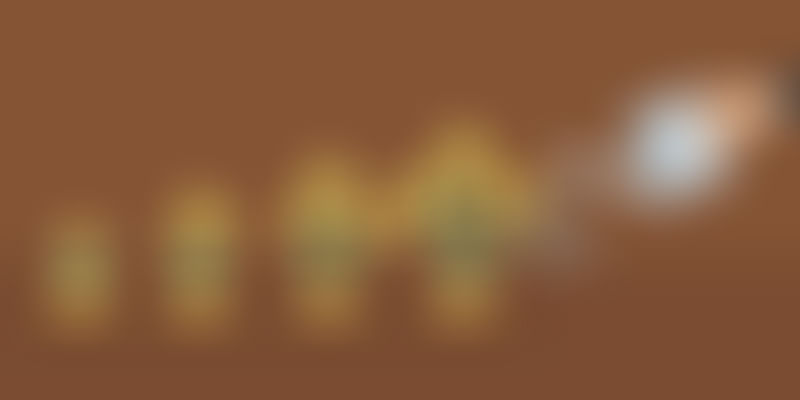 Over the past year, the government has introduced several measures to help boost the startup ecosystem, including amending the definition of a startup, ensuring that no letter of recommendation from an incubator/industry association is required for either recognition or tax benefits, and introducing a slew of self-certification compliances.

Most importantly, the fund of funds for startups (FFS) has begun to take shape with as much as Rs 1,100 crore being disbursed to SIDBI for allocation to venture funds. As of September 15, 2017, 17 venture funds have raised Rs 605 crore from SIDBI and as many as 72 startups have received about Rs 318 crore funds. The Department of Industrial Policy and Promotion (DIPP) has also recently announced that this number will be increased to Rs 2,400 crore by the end of the next fiscal.

Despite the government’s proactive intent, the numbers on the ground tell a different story.

For instance, the startup space has reportedly seen a decline of 53 percent in seed funding and 25 percent in venture funds in 2017. Therefore, much more requires to be done to achieve the reform agenda of transforming India from a country of job seekers to a country of job creators. Listed below are four suggestions for Budget 2018.

Angel tax has been the single biggest bane that startups are facing today and it has the potential to completely upset Prime Minister Modi’s grand vision of Startup India. Simply put, if a startup raises capital from residents at a premium against the fair market value of its shares, the capital thus raised is treated as “income from other sources” and the startup has to bear a tax of 30.9 percent on the premium amount raised. Startup founders are up in arms against this ruling even as several startups have received the Income Tax departments’ notices to pay taxes for funds raised. Even if a startup wishes to appeal, it has to be done within 30 days and after mandatorily paying up 20 percent of the demand amount.

While the intent of this ruling is to discourage benami money from entering the startup ecosystem, it is flawed at its core. The essence of Startup India is inclusiveness, in that it encourages entrepreneurship across society. However, angel tax is actually exclusive in nature because it ends up penalising the entire ecosystem in an attempt to net a handful. In practice, the issue stems from the different valuation methodologies used at the time funds are raised, and the disconnect in the understanding of capital raised from external sources and revenue earned between startup founders and investors on the one side and the Income Tax Department on the other. The ruling is a double whammy for the ecosystem.

Startup founders will find it increasingly difficult to raise capital to scale businesses especially at an early stage and those who manage to do so will be slapped with tax notices. This perhaps explains the dip in angel and VC investments in 2017; there is likely to be a further dip if not corrected in the Budget this year.

The last thing the government wants is to encounter is a “brain drain” situation, wherein startup founders are forced to move abroad to greener tax pastures as a result of this tax.

Globally, family offices invest up to 15 percent of their wealth in alternate assets; in India, this figure is around 1 percent or lower. Sec 54 EE in the Income Tax Act, 1961, provides for exemption of long-term capital gains of up to Rs 50 lakh arising out of the transfer of long-term capital assets if invested in a fund notified by the Central Government within a period of six months from date of transfer of the asset, with a lock-in period of 3 years. Similarly, Sec 54 GB provides for exemption from long-term capital gains tax arising out of sale of residential property, if invested in equity shares of a startup.

An individual or Hindu Undivided Family (HUF) has to subscribe to the 50 percent or more equity shares of the eligible startups, and has a lock-in of 5 years from the date of acquisition of such shares.

The idea of these sections is to encourage individual investors and HUFs to invest in registered startups and approved funds. However, certain conditions such as the need to hold more than 50 percent equity in the startup and lock-in period requirement discourage potential investors. Given the high failure rate of startups, this is an excessively risky investment option and it is hard to imagine an individual with limited knowledge of investing in startups making any substantial investment into funds and startups.

A more innovative institutional mechanism needs to be created whereby Indian wealth can actually flow into the startup ecosystem.

The Reserve Bank of India (RBI) is considering bringing P2P lending platforms under the ambit of non-banking financial companies (NBFCs) and it is an opportune time for government to move forward with regulating the burgeoning Peer-to-Peer (P2P) industry with the interests of startups in mind.

The government should perhaps consider going even further by creating a national P2P exchange specifically for registered startups. According to a report released by PwC on P2P lending recently, there are already 30 P2P lending platforms in India with a loan book of approximately $25 million; this is expected to grow to $4 billion over the next 5 years. This number is miniscule in comparison to China where the lending book is currently $100 billion. The potential for P2P lending as an alternative asset class where every citizen can participate and potentially grow their wealth is tremendous.

However, if not regulated at an early stage it could become another avenue for money laundering and what better way than to regulate it through an exchange.

Further, the government could consider extending the provisions of Section 10 (38) of the Income Tax Act to apply to registered startups. At present, the section states that long-term capital gains from transfer of listed equity shares acquired on or after 01 October, 2004, would be exempt from tax under Section 10(38) of the Act, if the Securities transaction Tax (STT) was paid at the time of acquisition of such shares.

However, the STT condition is not applicable for certain conditions such as acquisition by way of issue of shares by a company, acquisition under ESOP scheme, acquisition by non-residents in accordance with FDI guidelines, acquisition by a venture capital fund etc. This will open up a new avenue for startups to raise capital.

At present, there is a 3-year tax holiday for eligible startups in a block of 7 years. However, merely registering on Startup India does not guarantee income tax exemption. As of the last count, there are 5,782 startups recognized by DIPP as startups. Less than 2 percent of these startups (roughly about 75) have received income tax exemption from the Inter-ministerial Board of DIPP.

The IT sector enjoyed a tax holiday in blocks over nearly two decades, which resulted in large-scale job creation, boosted exports, and provided a massive shot in the arm to the economy. Times have changed dramatically during the last 4-5 years wherein the IT sector has been faced with headwinds and there is an increasing trend of next-gen entrepreneurs brimming with ideas.

Today, the number of startups that are breaking even and making profits can be counted on one’s fingertips.

This situation is unlikely to change dramatically in the years to come and the government is unlikely to gain much by taxing startups. What it, however, does is increase compliance burden for startups. On the other hand, the government has a lot to gain by encouraging innovative startups with the potential to quickly scale, create well-paying jobs for the millions of skilled workers entering the job market every year, and generate substantial wealth for the nation.

If India is hoping to create a nation of job creators, a blanket tax holiday for a 7-year period (or 10 years as the case may be) for eligible startups should be seriously considered, irrespective of the revenue generated within the time block.

The startup ecosystem has seen tremendous momentum over the past couple of years with as many as 18 states having announced a startup policy. However, the definition of a startup in some states is at variance from the one stated by DIPP. There is a need to standardise the DIPP definition to apply uniformly to all startups (whether registered with DIPP or at state startup departments) so that there is greater alignment while administering the various schemes announced.

In addition, if the approval process is standardised, a startup registered with a state government should automatically be granted a “deemed” approval from DIPP. This will reduce the need for multiple applications for registering a startup at a state and central levels.

A separate chapter of the Companies Act must be set up for startups. Compliances should be eased with regard to GST (filing of returns only annually), formation and liquidation, valuations etc. The current tax laws restrict the ability to carry forward losses where there is a change in majority shareholding. Registered startups should be exempt from this rule in addition to extending the carry forward period of losses from the 8 years further.

Failed startups should be treated under a separate “exit/bankruptcy law” or civil law, and not criminal laws, and the process of Fast Track Exit should be adhered to in letter and spirit within stringent timelines.