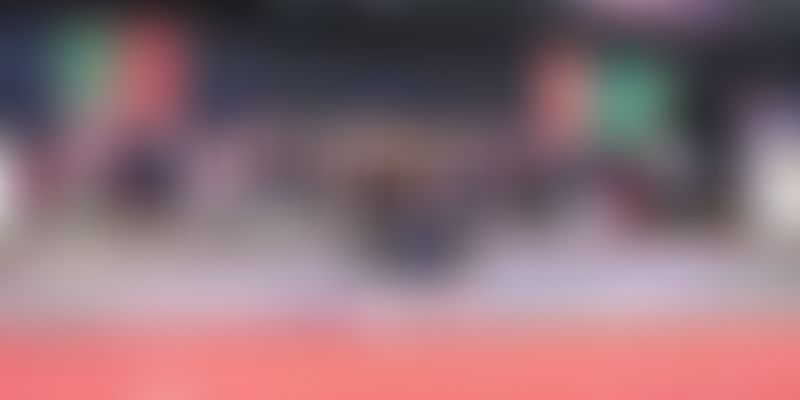 A day before the 69th Republic Day and the formation of our Constitution, the Chhattisgarh government and the Chhattisgarh Infotech and Biotech Promotion Society (CHiPS) organised the Rural Digipreneur Summit.

In an indoor stadium packed with over 7,000 Village-Level Entrepreneurs (VLEs), the event focussed on showcasing these entrepreneurs and the heads of the Common Service Centres (CSC). The CSC was founded in 2008 as a government initiative to promote entrepreneurship among the villages and rural areas.

Speaking at the event, Raman Singh, Chief Minister of Chhattisgarh, spoke of the importance of bringing in innovation and entrepreneurship to Chhattisgarh. He said that it will, in turn, help the State scale greater heights.

Chhattisgarh currently boasts of over 11,583 VLEs who are working at the Gram Panchayat level across the 27 districts of the State. Currently, the VLEs have delivered close to 40.10 lakh transactions, all amounting to Rs 96.03 crore in the current financial year.

Alex Paul Menon, CEO, CHiPS, says, “These VLEs and CSCs have been made of some really resilient boys and girls who have the drive. They have challenged the toughest of odds and have truly been entrepreneurial in every sense.”

On Thursday, at the Rural Digipreneur Summit, Chhattishgarh government and CHiPS, along with industry experts, took the opportunity to launch initiatives that will help aid entrepreneurship and development.

Katie Harbath, Director, Global Politics and Government Outreach, Facebook, launched and opened over 7000 Facebook Business pages. “The idea is to reach to a wider and larger audience, where they have access to social media and understand its power in connectivity,” says Katie.

In order to create a transparent business ecosystem, Yes Bank has taken on the initiative to train VLE’s in digital financial services. The. VLE’s in turn, will work with CSCs to function as banking correspondents for rural citizens.

Chai peCharcha is a unique initiative where CHiPs and the government aim to give VLEs and CSC the option of edutainment centres in Chhattisgarh. These work as cafes where rural citizens can get together to watch movies, discuss ideas, access the internet and work on different things. The cafe also aims to be a knowledge-sharing hub, where there will be book cafes for people to get any kind of information. The initiative aims to open close to 200 cafes, which in turn will give employment to over 800 people.

With this initiative, the government and CHiPS aim to turn CSCs into nodal agencies that implement the Government of India’s Rural BPO Scheme. They are looking to employ 10 women by the VLEs at the village level. CHiPS currently aims to facilitate one rural BPO in every district. The already established BPO in Sarsiwa Village of Baloda Bazar District was inaugurated at the event.

In order to ensure better healthcare accessibility and services in rural areas, CHiPS aims to build tele-medicine services via CSCs. With the access to tele-medicine services, a patient can consult with doctors, both within and outside the State, via video conferencing, and also get a prescription via the existing CSCs.

“Many women are reluctant to step out of their homes and pick up work of their own because of lack of sanitary hygiene, but the sanitary napkin units will help women build their own paths and careers,” says Durgeshnandini, a VLE from Naagar district. With this initiative, the CSCs aim to facilitate the installation of affordable and accessible sanitary napkin micro-units. Around 12 women will be employed per unit to help manufacture close to 2,000 high quality, biodegradable napkins per day.

Under this initiative, the CSCs will set up Wi-Fi chaupals in villages, in order to further create and enable Smart Villages. The aim is to improve digital literacy and adaptability in rural areas. The chaupals will host several digital services and relevant applications that will be delivered to the homes of the rural citizens via a hotspot.

Users will be given access to low-priced data plans, which will increase the access of Wi-Fi, ensuring better quality of service delivery. The chaupals in Balrampur and Durg District were inaugurated at the event.s