Decode and decipher artificial intelligence with these 6 books 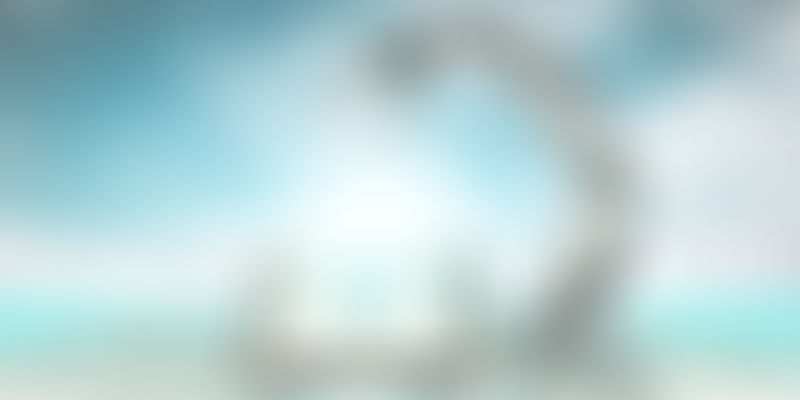 Artificial intelligence has been the catchphrase in recent times, but did you know that it has been written about for years now? These books will help you get started on understanding the concept’s past and future relevance.

About 500 million years ago there were no traces of any living organisms on earth. Soon after, the fusion of random chemicals gave birth to living beings one after the other. Which is perfectly a miracle, even if you say that everything is backed by some scientific reasons. Be it after the collision, and because of the characteristics that are driving them to perform certain functions, the question here is the ‘origin of their core attribute itself’.

I recently spawned a question closely linked to this thought on LinkedIn. Check out the whole thread here.

Well, one of my questions was “Why we do what we do?” Which apparently was inspired by Tony Robbins’s TED talk. Here is the link for you to get a quick overview of what Tony explains as “invisible forces” and our usual motives behind our each and every activity.

On a similar note, some of the responses I received were overwhelmingly analysed. By the end of that thread, I pretty much got an idea about molecular level role plays, the randomised presence of chemicals within the living and non-living bodies and finally about the environmental forces that are driving us.

So why am I scrutinising the evolutionary history and the mixed presence of environmental driving force here, because all that we have invented so far are the artificial representation of everything that’s been out in nature for millions of years. Inclusive of the projectile motion that ultimately depends on the only force called gravity which is the main factor when launching a missile from the gun.

Think of the invention of submarines being inspired by the mechanism of underwater organisms. The jets, aeroplanes and similar could’ve been ideated by studying the anatomical behaviour and functionalities of aerial beings.

This being a different branch of study overall, what we have got here for today is how some of the thought leaders, inspirational thinkers, creators, innovators, scientists and philosophers have come about artificial intelligence (AI) and its prominent presence in the future. By theoretically, experimentally and consciously interpreting its origin from the natural resources from 1900 until the present.

Listed down are six AI books explaining the incidents and necessities of AI’s origin and how the world is going to be with and without it.

Hofstadter predicted that any computer system in the future will be able to imitate the human intelligence. Precisely if a whole organism’s life is supported by hundreds and thousands of formal chemical substrate of the cells, and the consciousness happens because of the firing neurons then this leaves greater opportunity for artificially built systems to perform the same as we do.

“ Minsky brilliantly portrays the mind as a "society" of tiny components that are themselves mindless. Mirroring his theory, Minsky boldly casts The Society of Mind as an intellectual puzzle whose pieces are assembled along the way. Each chapter -- on a self-contained page -- corresponds to a piece in the puzzle.”

In this engaging book, Roger Penrose - a renowned physicist and winner, with Stephen Hawking, of the prestigious Wolf prize - teaches us that there are some aspects of human thinking that can never be imitated/copied by a machine. Penrose observes what physics and mathematics can explain to us about how the mind accomplishes things within, what they can't, and what else we require to understand the physical processes of consciousness.

Though I am only an AI thinker and not an AI creator, I think this book can introduce you to the advanced Common Lisp techniques in order to help you build a pretty sturdy AI system. Eminently describes the methods to aid breaking and building perfect practical programs and together can examine critical AI concepts.

“The long-anticipated revision of this best-selling text offers the most comprehensive, up-to-date introduction to the theory and practice of artificial intelligence. Nontechnical learning material accompanies each part of the book. The Internet as a sample application for intelligent systems added in several places including logical agents, planning, and natural language. Increased coverage of material includes expanded coverage of: default reasoning and truth maintenance systems, including multi-agent/distributed AI and game theory”.

What is Tim Walter’s thought upon Toby’s claim about AI system and its capabilities?

"Toby's book does a great job of breaking down the complex subject matter of machine-learning algorithms into practical, easy-to-understand examples that can be directly applied to analysis of social interaction across the Web today. If I had this book two years ago, it would have saved precious time going down some fruitless paths."