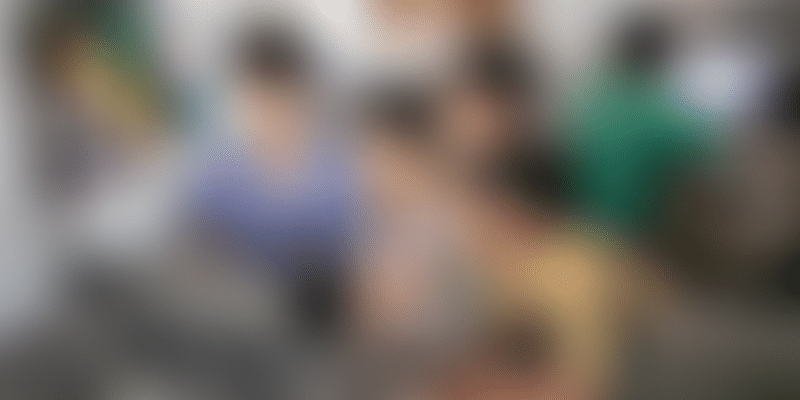 "One day, we discussed that if travel, banking, hotels and food can be on phones, why not education? That was the trigger. We wanted to build a one-point communication between teachers and students," Madhup Bansal, from the Indian Institute of Technology, Delhi (IIT-D), and co-founder and Managing Director of Myly, told IANS.

Gaurav Mundra, the other Co-founder and CEO of Myly, realised that his son's school circulars sometimes went missing.

So we brought a centralised app where parents had access to kids' timetable, results, fee deposits and other information via one mobile app, he says.

Currently working with 800 academic institutions in India, he said they have operations in Dubai and the Philippines and were planning to be in Malaysia soon. Rishabh Jain, from IIT, Bombay, and COO of Qriyo, India's managed home tuition app, claimed to be first of its kind, says: "Me and Mudit, CEO of Qriyo, had envisioned to be job creators for around 500 people in our hometowns. So we started operations in Jaipur and Jodhpur. Now, it's heartening to see that we have evaluated over 15,000 tutors who are serving over 5,000 students in six cities of India."

Mudit Jain was at the India division of Finmechanics as Country Head and had worked with the consulting arm of PricewaterhouseCoopers, US. "The idea of Qriyo originated while searching for a yoga teacher. Despite hundreds of providers listed online, I could not find a suitable match." In January 2016, Qriyo was born, offering over 400 courses in academics, co-curricular, extra-curricular and fitness activities, Mudit said.

The returnees are all youngsters who wanted to pursue their dreams in distant lands, after finishing the most sought-after degree in the country. But a feeling for their roots and a conducive business atmosphere brought them back home, to use their knowledge about the cyber world for the benefit of their fellow residents.

Nishant Patni, Founder and CEO of CultureAlley, had finished his IIT from Bombay, his post-graduate degree from the US and worked with the Boston Consulting Group in Chicago and two startups in Delhi and California when he went to China and struggled to learn a new language.

If I am struggling this hard to learn a new language, what might be the case with others, I thought, and came up with 'Hello English', which is now India's number one educational app with over 35 million learners, Patni told IANS.

According to him, Hello English was part of Google's Editor's Choice 2017 and the year before, it was named Google's Best Apps of 2016. It now teaches several other languages.

"We got infrastructural support from our hometown, Jaipur, and this city houses good engineering talent and hence we came here," he said, adding that the "real Bharat is outside top cities; the people you encounter here give you a real insight into everything". The company has also got funding from a global venture capital firm.

SRJNA, which brings modern, innovative aids and methodologies into teaching of science, maths and astronomy, is among a few players helping schools to set up "tinkering labs". They create a design studio kind of place where students can learn via robotics and 3-D tools. "We help in setting up innovation labs where teachers demonstrate to ensure students learn quickly by using real practical tools," says Sharad Bansal, CEO of SRJNA and an IITian from Delhi.

So impressed was NITI Aayog by the approach that it had decided to set up 500 such labs across the country calling them Atal Tinkering Labs under the Atal Innovation Mission, named after the former Prime Minister. It provides Rs 10 lakh for setting up such a lab in a school and a similar amount each year for five years, for operational expenses. Amitabh Kant, CEO of NITI Aayog, had said at the time of launching the programme that "it will provide school students the opportunity to work with tools and equipment, fostering inventiveness".

SRJNA got some benefit from a Rajasthan government's incubation scheme. Start-up Oasis has been extending a helping hand to provide start-ups with Rs 25 lakh every year for three years, and a built-up area of 25,000 square feet, to make their ventures operational. According to Tarun Agrawal, Portfolio Manager at Start-Up Oasis, there were 15 IITians who had come back to their hometown to set up tech ventures. But not all took the help of the incubator.

Moinee Foundation, which supports "right to quality education", was set up by Arvind Thanvi, its Chief Mentor. Thanvi, an IITian from Kharagpur, left his corporate career with Accenture, Mumbai, where he worked for a decade as account director. He started smart class intervention with 12 schools in a district, by reviving their existing ICT labs. That has now reached over 1,500 schools in nine districts of three states.

The prime crop of IITians in the state is bound to attract many other startups. Rajasthan's tech fields are set to undergo change, led by tech-savvy youngsters who come back.