Turning 18: Eight companies that grew into major brands in less than two decades 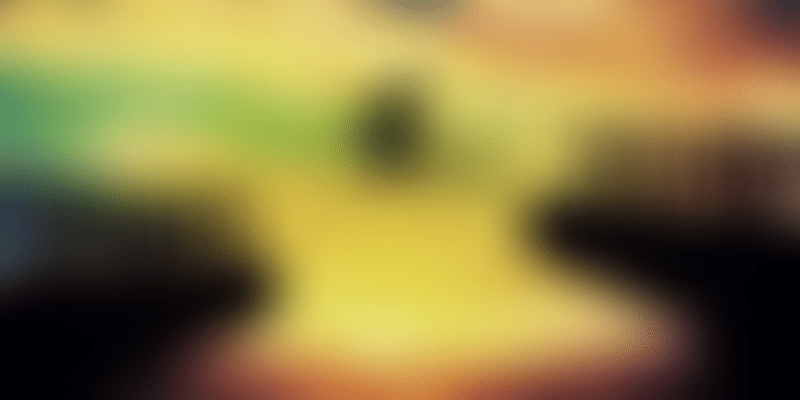 In today’s cutthroat business world, it is not easy to establish your brand and build an organisation that stands the test of time. However, certain companies, through the strength of their convictions and constant determination to succeed, do exactly that, building brands that span years and decades.

It has already been 18 years since the start of the new millennium (or century). The pace of development and growth has been staggering in these 18 years, with new inventions and brands rapidly rising to positions of success and leadership across various sectors. Many companies that were started at the dawn of the millennium are still with us today, and some of them have grown to become truly phenomenal successes.

During their 18-year journey, many have changed hands, seen brilliant highs and terrible lows, and even changed their names for one reason or another. But all have survived, a testament to their foundation, principles, and success. Here are eight firms from the dawn of the 2000s that will turn 18 this year:

Headquartered in the UK, with 33 million customers across 16 countries, Aviva Life Insurance is the country’s largest general insurer and a leading life and pension provider across the world. In 2016, Aviva paid £2.7 billion in cash settlements and services to more than 7.75 lakh UK customers. More than 96 percent of the claims of its customers across different policies were accepted.

Created a result of the merger of two British insurance firms, Norwich Union and CGU plc, the name Aviva was rechristened from CGNU in 2002, two years after its founding in 2000. The name ‘Aviva’ is derived from Latin ‘viva’, which stands for ‘alive’. The word’s brevity meant it would be memorable too. Today, Aviva employs more than 29,000 employees and manages more than £289.9 billion worth of assets under its management.

The company faced a bit of a crisis in 2012 as then-Chairman John McFarlane decided to shake up the structure of the insurer in response to years of uncertainty because of the European debt crisis. About 800 job cuts were announced, but the company survived the choppy weather, returning to strength only a couple of years later to acquire Friends Life Group in April 2015 in a £5.6 billion all-share takeover. Their decision echoed what it’s CEO, Mark Wilson said, “The best CEOs are ones that understand the customer and live by strong values, using them as a guide to take decisions.”

Bruce Livingstone, the Founder of iStock, solved a major pain point for artists. “The vast majority of artists worldwide are unrepresented, disenfranchised, or otherwise don’t have an opportunity to sell or have their work shown. Giving those artists access to the collector community, expanding the collector community, and giving artists a chance to be discovered is the goal of iStockphoto (sic).”

Built on this goal, this Canada-based company is a royalty-free provider of photos, illustrations, audio tracks, clip art, and videos. iStock was founded in 2000 by Bruce Livingstone, who continued as the CEO till 2012. Bruce sold the company to Getty Images for $50 million in 2006. iStock has different methods of monetisation on the site, like subscription plans, or you can even buy non-expiring credits that you can use to download any file. Artists, designers, and other creative artists can contribute their work in exchange for royalties.

Started as a free site which offers stock images, the website was supported by Bruce’s web development firm, Evolvs Media. The contributor’s commission ranges from 15-40 percent on each sale based on their arrangement with the platform.

iStock has consistently faced controversy and criticism over the prices it charges for access to its services, with many claiming them to be too expensive. However, the company has steadily continued to increase its prices since its founding, criticism no bar. The company also faced the possibility of a lawsuit in 2011 when Southwestern College from Kansas, USA objected to the use of an image of its campus building in promotional material for the movie The Roommate (the image was sourced from iStock). Despite these stumbling blocks, the company has grown from strength to strength over the years.

Lightspeed Venture Partners is a venture capital firm started in October 2000 by Chris Schaepe, Barry Eggers, Ravi Mhatre, and Peter Nieh. Since 2006, they have been offering fellowships to spur entrepreneurship and innovation in engineering and computer science students. LSVP has invested in over 300 companies, 24 of which have gone public, a number unmatched by any other firm. Some of their important investments include DoubleClick, Kiva Software, OYO rooms, Ripple Labs, Snapchat, Whisper, Virsa, TimesTen, and TutorVista, among others.

Lightspeed has a strong presence and investment advisors in Silicon Valley, Israel, China, and India. Lightspeed India Partners started investing in Indian companies in 2004. They invest across several stages, in both technology-based startups as well as in non-tech startups, in sectors such as advertising and media, business services, financial services, healthcare, education, and retail. In March 2016, the company raised $1.2 billion in two new rounds of funding, one equalling $715 million for its eleventh fund and another $500 million for its second “Select” fund for later-stage companies.

This Gurgaon-based online travel company was founded in 2000 and provides travel services including booking flight tickets, hotel reservations, rail and bus tickets, and domestic and international holiday packages. MakeMyTrip (MMT) was founded by Deep Kalra, who was heading Business Development at GE Capital. At the time, the internet seemed like a good option to increase GE’s business. Deep’s job entailed him working with top executives in the internet space. He had an epiphany of sorts about the relevance of the internet when he sold a car online at a rate higher than what was offered earlier and booked a trip to Thailand with his wife through the internet.

Both of these activities were quite hassle-free and this is how the idea behind MakeMyTrip came into being. Today, the company holds more than 25 percent market share of the hotel bookings in the country.

MakeMyTrip posted a revenue of Rs 2,527 crores in the financial year 2016-17. It acquired all shares of the Ibibo group from its various investors in 2017. MMT has also acquired and invested in a spree of startups in the travel space. Deep Kalra failed at his first entrepreneurial attempt, but his determination helped him to stay confident, eventually paving the way for MakeMyTrip.

As he has said in the past, “If you don’t build your own moat which can truly hold you steady, someone else is going to come and eat your lunch.”

Bharat Sanchar Nigam Limited, India’s government-owned telecom company, is a ubiquitous name in the country. Most Indians are likely to have used their products and services as the de facto landline telephone service provider. Incorporated on September 15, 2000, BSNL is India’s largest provider of fixed telephone and broadband services. It enjoys a market share of 60 percent and is the fifth-largest mobile telephony provider in India. Its mobile phone service is present across 22 telecom circles in the country, except for Mumbai and New Delhi, where telecommunications are managed by MTNL (Mahanagar Telephone Nigam).

With more than two lakh employees and 115 million customers, BSNL posted a revenue of $5.2 billion at the end of 2016. The company has seen a lot of highs and lows over its 18-year-history and continues to be one of the most easily recognised and relatable brands in India.

Incorporated on January 18, 2000, Baidu is a web services company started by Robin Li and Eric Xu, both of whom are of Chinese descent. The 18-year-old company is listed on the NASDAQ-100 and is the first Chinese company to hold that distinction. It has 76.05 percent market share for its search engine service in China (as of April 2017) and is subsequently the second largest search engine in the world after Google. The company employs more than 45,000 people across its functions.

Baidu’s Global Business Unit – formed under the name DU Group/DU Apps Studio – develops apps and has over two billion users worldwide. Their product aims to create innovative products that interact with technology through AI. Baidu Search, Baidu Brain, Baidu Cloud, Baidu Music, Baidu Create, Baidu World, Baidu Waimai – these are just some of their products. In 2017, it also announced its decision to create a platform that offers an autonomous driving program. The company posted a revenue of 70.549 billion Chinese Yuan (about $10.9 billion) at the end of 2016.

Baidu has often come under criticism outside China for its censorship, although the vast majority of legal challenges to the search engine have been dismissed. Despite such controversies, the platform continues to attract massive volumes of traffic in China and overseas.

“We must hold fast to our value that the user comes above everything else to achieve our mission of helping people equally, conveniently, and quickly get the information they want, and to ensure that later generations will be proud of what we’ve done.” – Robin Li, Founder, Baidu

Glaxo Wellcome and SmithKline Beecham merged together in 2000 to form GlaxoSmithKline. Listed primarily on the London Stock Exchange, with a secondary listing on the New York Stock Exchange, the pharma giant’s single largest market is in the United States. Sir Philip Hampton is the current Chairman and Emma Walmsley the CEO. GSK posted a revenue of £27.9 billion (about $38.3 billion) in 2016. The company has more than 99,000 employees throughout the world, with some of their most popular products in India including Aquafresh, Binaca, Boost, ENO, Crocin, Horlicks, and Calpol, to name a few.

GSK has been at the centre of multiple controversies over the years, from allegations of falsifying research data to making false claims about benefits of drugs to unduly influencing medical professionals to promote their products. Despite these hits to its reputation, the company continues to increase its market share and the popularity of its drug offerings.

Founded on April 4, 2000, in New Jersey, USA, Verizon Wireless is the largest wireless telecommunications provider in the USA. It was founded as the result of a joint venture between British telecom company Vodafone and American telecom company Bell Atlantic. In 2014, the 45 percent stake owned by Vodafone in the company was bought by Verizon Communications, making it the sole owner of Verizon Wireless.

Verizon Wireless offers wireless products and services, and as of October 2017, boasts 149 million subscribers across the USA. The company also offers exclusive cellphones, home telephones, and Wi-Fi and broadband services. In the first three quarters of 2017, Verizon made revenues of $47.2 billion.

All of these brands have reached the status of market leaders in a relatively short period of less than two decades since their incorporation/founding. However, their journeys have been far from smooth – from challenges and criticisms to growth pangs and building consumer relationships. But they and their management never stopped trying their very best to reach the top, until they finally made it – a lesson worth learning for any entrepreneur and small business today.

Do you know of any other major companies turning 18 in 2018? Let us know in the comments!