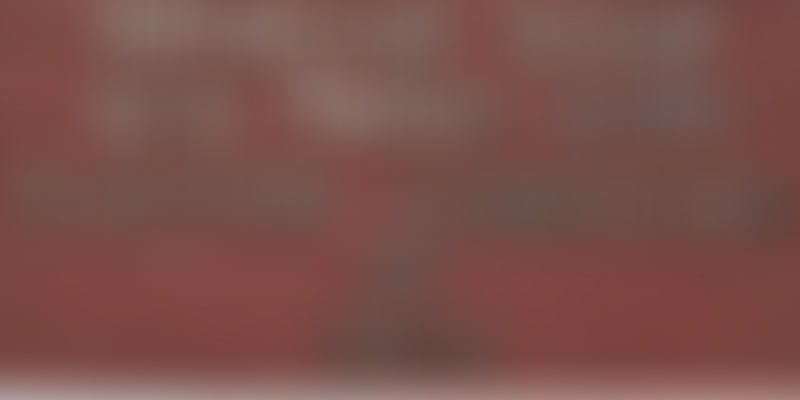 On National Voters Day, we take a sneak peek into the incredible efforts taken by Election Commission of India (ECI) to pull off the greater phenomenon called ‘elections’ in India.

About 814.5 million eligible voters, 930,000 polling booths and over 11 million officials and security personnel is what it took to conduct the General Assembly elections of India 2014, an event clearly touted as the biggest humanly managed event (elections) in the history of the world.

In the last general elections, India added about 23 million, (nearly 3% of all the voters) aged between 18-19 years to its voter lists, a number more than the combined populations of Switzerland and Belgium. The same polls also documented a record breaking voter turnaround of over 66 percent.

In a nutshell, India takes pride in conducting the largest elections ever and continues to be a vibrant democracy cutting across all barriers and diversities. However, what about the agency that single-handedly pulls off polls of such enormous size, scale and magnitude? We take a look at some of the salient features of the Election Commission of India (ECI) that manages it all.

Constituted as a permanent, autonomous Constitutional body in 1950, the ECI is solely responsible for conducting and overseeing the election procedures in the country. Consisting of about 300 officials who work in a hierarchical manner under the Chief Election Commissioner and other election commissioners, this authority functions from a secretariat in New Delhi.

Considered the guardian of elections, the Commission administers periodic elections to the offices of the President, Vice-President, both the houses of the Parliament, and various State assemblies.

All it takes for free and fair polls

The role of ECI encompasses a wide range of overarching efforts that begin with the announcement of particular elections and culminates with the announcement of the list of winners. In the course of the procedure are the more challenging exercises like rolling out the Model Code of Conduct (MCC) issuing notifications and polling schedules, receiving and securitizing nominations, monitoring election expenditure, conducting elections in various phases, counting of votes casted and more.

To ensure free and fair polling, the commission also appoints surveillance teams called flying squads who keep a check on incidents of threats, intimidation, and smuggling of large sum of cash, liquor etc., (to sway the voters) and investigate into complaints of malpractices and non-compliance of MCC.

Across all geographical terrains

Be it in the remotest villages tucked in the mountains of Himachal Pradesh or dense jungles in Naxal-affected Chhattisgarh, the ECI has a logistical challenge of enabling each and every citizen of India to cast his vote within two km distance.

India’s highest electoral booth, Anlay Phu, is located at an astonishing altitude of 15,000 feet in the mountains of Ladakh.

So are other high altitude booths in Himachal Pradesh to reach which polling parties and returning officers have to trek for 2-3 (carrying voting machines and electoral rolls) days prior to the actual voting day. Some voting booths like Dipling in Leh and those in the Zanskar ranges of Kargil are only accessible through helicopters.

Though election schedules are decided upon after largely considering weather extremities, exam cycles, harvest seasons, festivities and other public holidays, reaching some of the most isolated voters in India is no less than a herculean task.

One of the reasons why India is considered a mature democracy is the fact that the voter turnout in the nation is quite high compared to many developed western economies. However, in a country of over 1.2 billion, reaching every registered voter is a task in itself.

Case in point is the effort taken by a polling party that travels 35km inside the Gir forests of Gujarat to enable Bharatdas Darshandas to caste his valuable ballot.

If not for the incredible determination of ECI and its officials, this lone voter, who is also a temple priest, has to walk miles in the forests inhabited by Asiatic lions to exercise his right.

And how about the most obvious communities like the servicemen from armed forces who miss out on exercising their franchise in the line of duty? Categorising them as service voters, the EIC provides provisions for our soldiers where they can either choose to vote through a postal ballot or by appointing a proxy voter.

The ECI, once considered just a paper tiger authority has evolved into a robust organisation that has caught up with fast changing trends. The ECI has the tedious task of updating its electoral roll every year adding new voters, omitting those who change constituencies etc.

Since 2004, the EVM’s have been used extensively in Lok Sabha polls as well, relatively preventing cases of booth capturing and tampering of votes.

In a significant first, the 2014 general assembly polls were also the first elections during which citizens were allowed to communicate disapproval of all the candidates by exercising ‘None of the Above’ (NOTA) option.

“Power will go to the hands of rascals, rogues, freebooters; all Indian leaders will be of low calibre and men of straw. They will have sweet tongues and silly hearts. They will fight amongst themselves for power and India will be lost in political squabbles. A day would come when even air and water would be taxed in India,” opined Winston Churchill doubting India’s capacity to remain a democracy for long.

However, in over seven decades since Indian Independence, the country has witnessed 16 general elections and over 350 State assembly elections.

The ECI has surely played a phenomenal role in conducting these multitude of elections braving issues like corruption, terrorism and other internal security threats.

In sum- our polls are the envy of the world

The ECI celebrated its golden jubilee at the turn of the century and, since 2011, its founding day (January 25) is being celebrated as National Voters Day to encourage more youngsters to exercise their voting right.

With Om Prakash Rawat taking over as the Chief Election Commissioner, the ECI is now gearing up for upcoming State assembly elections in Karnataka, Chhattisgarh, Madhya Pradesh, Meghalaya, Mizoram, Nagaland, Rajasthan and Tripura.

While the ECI continues to brave each election, despite several logistical, political and economic challenges, it is the people's mandate that has the last say.

On National Voters Day, we urge each Indian above the age of 18 to, therefore exercise their adult franchise and judiciously vote the right person into power.