Ex-techie to a sought-after name in the foodosphere, this baker and blogger rewrote her recipe for success 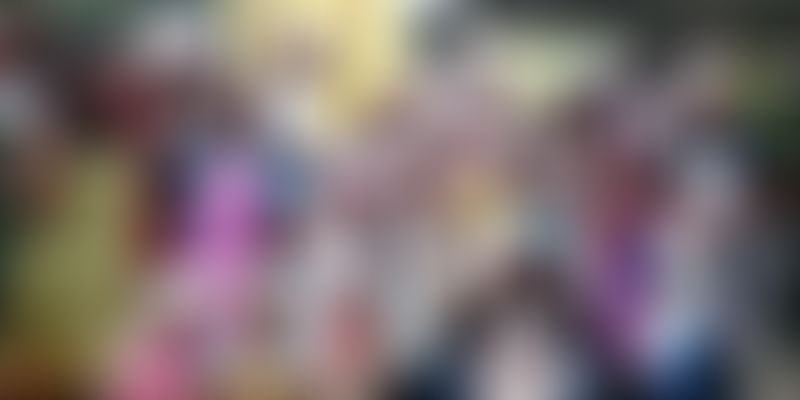 Popular food blogger and food consultant Monika Manchanda traded in her ascent up the corporate ladder for a baking studio and chef’s hat, turning her #PassionToPaycheck.

‘There is no love sincerer than the love of food’. Going by the droves of people who’ve chucked their perfectly well-paying jobs to start that café, participate in that cooking show on TV, or become a food stylist for a niche audience, noted English playwright George Bernard Shaw seems to have known what he was talking about.

One of these is Monika Manchanda, who gave up a lucrative 11-year IT career to chase her culinary dream. Those familiar with the

Indian food blogging scene would know Monika as the name behind the immensely popular Sin-a-Mon Tales. She’s also much-in-demand home baker, a recipe developer, a sought-after food consultant, and a mother to a young son. Her days are filled with workshops, panels, television appearances, food trails and trips. Despite having a full plate, she manages to achieve that perfect balance for a fulfilling life, just like in any of her recipes.

Armed with a Master’s degree in Computer Applications, Monika began her working life as a software developer, writing code, and eventually leading a team spread across the globe. She enjoyed the work and the challenge of managing projects and people, working at companies like Intel, Nortel Networks, and Wipro. In 2008, when the division she was working for was acquired, an offer of a voluntary buy-out compelled her to take a break. “I was exhausted, had a baby at home, and was working across multiple time zones; so the offer came at the right time for me,” she reminisces.

Little did she know then that what was meant to be a short break of a few months would eventually turn into her life’s calling. With time on her hands and in need of a complete reboot – mentally, physically and spiritually -- Monika turned to what she loved best: food. She began experimenting in her kitchen. Having been an active blogger chronicling her personal life and travels since 2003, it was only natural that she once again turned to the medium to share her passion for food. From a weekly update called Friday Feast, soon the frequency of her blog posts increased directly in proportion to her experiments in the kitchen. And the readership increased, along with the appreciation.

Monika had always loved baking, so she completed a three-month baking course to improve her skills and learn new techniques. Family and friends lapped up her new creations, which encouraged to take on a few casual orders. “Soon, through word of mouth, I received my first real gig – supplying desserts on a regular basis to a café. And here I found myself at a crossroads, since I was still thinking of returning to corporate life, and saw this as a break.”

She gives a fair amount of credit to the Sheroes (then known as Fleximoms) second chance programme for helping her make the decision. At the end of the two day-programme, she decided to focus on food and baking. “They (the organisers) said my passion for and interest in baking came across strongly in the discussions with them,” she chuckles.

For the next few years, she conducted baking workshops, undertook orders for individuals and corporates and set about establishing herself on the Bangalore food scene. “I always believe that it is important to keep educating oneself, in order to learn and grow. So, I enrolled in an online Science of Food course from Oxford University (UK).” A two-part course, Monika completed both and added more tools to her arsenal.

But in 2013, after five years of being a home baker, Monika found there was little scope for growth, and “the money was also a pittance, nowhere near a corporate salary”, so she went back to interviewing for full-time corporate jobs. “For the first few years people, including relatives, did not take me seriously and thought I was indulging in a hobby and doing ‘time-pass’, not considering my work with food as a real career,” she says.

All this was compounded by the guilt of not being an equal contributor in the marriage and home. “It was a huge struggle for me, mentally and emotionally – not bringing in the bread and butter as I had done when working in tech,” she says. A supportive husband and getting more time with her young son are what kept her going. “The slow initial years gave me the time with my son which I would never have got if I had remained on the same corporate trajectory, and I have been able to share my passion for cooking with him.”

Just as Monika was considering heading back to the cubicle life of conference-calls, spreadsheets, and coding, she got her first opportunity as a food consultant for the dessert section of a soon-to-open resto-bar. She loved the experience of food trials, menu creation, and recipe development, and this was enough for her to push aside any thoughts of returning to full-time corporate

work. In the four years since, she has worked on several assignments for menu consulting for resto-bars, cafes, and restaurants. Her blog is also monetised, bringing in brand associations and adding to the opportunities coming her way. With over 42,000 views a month and verified accounts across social media (Facebook, Instagram and Twitter), the blog has become her calling card.

She draws on her earlier corporate experience and learning to enhance her abilities, “especially my documentation, negotiation, and organizational skills, which I put to good use in food consulting and recipe creation,” she says.

With fame came vindication. “It does feel good to have vindicated myself – to prove that it’s not just a hobby but a real, paying career.” The first big article on her in the Sunday edition of The Times of India was a special moment. “It was the front page of the Sunday Times! That day my parents changed their minds about me being a bawarchi!” This was a pivotal moment and the beginning of many more appearances in the media.

She continues to pop up in newspapers quite often, and sometimes on television too. She appeared in an episode of the cooking show Spirited Traveller on Fox Life, where she took celebrity chef and restaurateur Kiran Jethwa to a couple of Bangalore’s hotspots, and also cooked with him.

“I have met and interacted with some fantastic chefs, including famed judges on MasterChef Australia. I get to indulge my passions for food and travel, and I love my work,” says Monika

Godrej Nature’s Basket (with whom she also does workshops), Kissan, India Gate, and Kellogg’s have all turned to her for brand associations involving their food products; in the case of Kissan, developing children’s school lunch box recipes and shooting videos. Monika has been associated with brands such as Philips, JW Marriott and Old Kent on campaigns around appliances, and travel tips. She was even part of an Amazon Kindle advertisement – featuring her as a blogger and avid reader.

In short, she has managed to successfully make #PassionToPaycheck her reality. While it wasn’t easy for her to make that leap of faith and trust her gut in the face of negativity, she persevered, not something that everyone does. “I’ve heard that I am an inspiration – I don’t know how to react to that because I just kept putting one foot in front of the other,” she shrugs it off, casually.