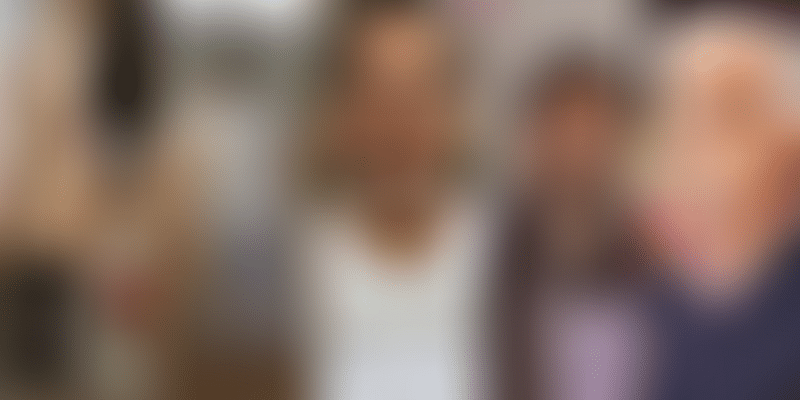 On Mahatma Gandhi’s 70th death anniversary, amid a rise in hate crimes and organised violence, we speak to individuals who are using Gandhian philosophies to make a social impact.

“If I’m to die by the bullet of a mad man, I must do so smiling. God must be in my heart and on my lips. And if anything happens, you are not to shed a single tear.” This is what Mahatma Gandhi said on January 28, 1948.

Two days later, Bapu (as he was fondly called) fell to bullets fired by Nathuram Godse, a member of the Hindu Mahasabha. However, 70 years since his assassination, the legacy of the Father of the Nation, who is credited to have single-handedly galvanised India’s freedom struggle, lives on.

It lingers in the work and everyday life of extraordinary Indians who have renounced worldly comforts to embrace a much simpler lifestyle. Here are the stories of five people who have adopted the Mahatma’s philosophies for the sake of larger social issues.

1. Spreading the message of peace and brotherhood

Yogesh Mathuria quit his plush corporate job after over three decades in the IT industry. Why? “To walk and spread the message of peace and brotherhood.”

Having toured 60 percent of India on foot, the 60-year-old excitedly shares details about his upcoming trip - he plans to walk from Pune to Bangladesh in over two months. Yogesh’s last journey, where he walked from Bombay to Pakistan, left him dejected as he was refused a visa.

When asked how he spreads the message of unity through his tours, he says, “Me and my friend walk in silence all morning. After lunch, we stop at schools, community centres, etc. to speak about oneness and brotherhood”.

Yogesh feels we have created "too many barriers based on religion, caste, creed, etc., which is the crux of all challenges the world is facing today”.

Yogesh, who travels without any money, sleeps in mandirs and gurudwaras.

My daily needs are comfortably met while walking and this fills my heart with a lot of gratitude and assures me that humanity is very kind indeed, he says.

When asked to pick the dearest of his Gandhian ideologies, he says the message that most appeals to him is to “be a good human being, and the rest will fall in place”.

2. Transforming a village into a community

Hailing from a small village near Bhavnagar in Gujarat, Mustu Khan went to acquire a master’s degree in social work from Gujarat Vidyapith University, Ahmedabad. Having worked for a local NGO for two years after his post-graduation, he quit to pursue a goal that was more fulfilling.

“During my studies, I strived to understand and inculcate the 11 vows given by Gandhi,” the 30-year-old says.

Influenced by Gandhi’s ideals of gram swaraj, Mustu chose to settle down in a tribal village called Khatisitra, near the Gujarat-Rajasthan border. When he and his wife decided to live there, the village with about 123 families had no school, roads, or medical centres.

However, thanks to Mustu and his advocacy efforts, the village is now a self-sustained community.

I urged the villagers to build a road for themselves and after several meetings, we were successful in building a 4-km stretch in just 3 months, says Mustu, who has also chosen to be guardian to over 30 underprivileged children from surrounding villages.

Which is Mustu’s favourite pick of Gandhian ideals? “If an enemy strikes your left cheek, offer him your right”.

Having spent most of his years growing up in the US, Manish Jain recollects the physical fights and racial abuse that he had to face after the release of the movie, Gandhi. During his college days, Manish learnt about Gandhi’s iconic ideologies like non-violence, civil disobedience, and more.

Though he started off his ambitious career as an investment banker on Wall Street, he soon found himself disillusioned with the global economic model, which “was designed to centralise and steal wealth”.

For a brief period after quitting his job, Manish, now 48 years old, dreamt about being an academician and enrolled at Harvard for further studies. But it didn’t last long either since he started questioning the conventions and presumptions on which western education was based.

“That’s when I acquainted myself with Gandhi’s thoughts on Nai Talim (roughly translated as basic education for all),” explains Manish, who moved back to India in 1998 and founded Shikshantar, a movement that selects and incubates radical education models (based on Nai Talim and Swaraj) in India and across the world.

4. Focusing on education and organic farming

Thirty-six-year-old Suresh Rambhai Punadiya has always been influenced by the Gandhi-Vinoba school of thought. Influenced and mentored by veteran Gandhi followers like Gopalbai Patel, Suresh claims to have toured about 800 villages in Gujarat.

His recent interventions at Vankanerda village near Gandhinagar were majorly surrounding sectors of education and organic farming.

Local people, local resources, and local knowledge is all it takes to evolve a village into a decentralised, independent community, says Suresh, giving the example of how he inspired a bunch of children in the village to make their own dantamanjan (toothpaste) using neem, tulsi and rock salt.

A firm advocator of “be the change you wish to see in the world,” Suresh also believes in Sharirshrama (bread labour), one of Gandhi’s 11 vows, which preaches that everyone must perform some kind of physical labour to earn a living.

Next up, Suresh is gearing up to implement planned interventions in many more tribal villages of Gujarat.

5. ‘I have mostly worn khadi all my life’

Anil Trivedi grew up listening to grand stories of India’s struggle for azaadi. Born to parents who worked closely with Bapu at the Sabarmati Ashram, ideas of courage, sacrifice and simplicity were Anil’s earliest lessons before he went on to become a lawyer.

He recalls how his pregnant mother was jailed after participating in a 1937 Satyagraha at Ajmer. “She could not ignore Bapu’s call for people to participate in the peaceful protest,” he says. Anil says his father, Kashinath Trivedi, was also put behind bars during the Quit India movement, and translated the first copy of Gandhi’s autobiography from Gujarati to Hindi.

In both his personal life and professional career as a high court advocate, Anil claims he has mostly worn khadi. The 67-year-old chooses a life of simplicity in a time when we’re flooded with needs and wants.

“We have forgotten the value of simplicity; that’s why there is so much unrest in society today,” says Anil, also known as the pioneer of Public Interest Litigations (PILs) and social justice in Madhya Pradesh.

Opting to wrap up most of his work in day light so as to minimise the use of electric lamps, Anil has structured most of his habits on Gandhi’s ideologies.

His most favourite, however, is Nirbhayta, a fearless way of life based on truth. “I have consciously adopted that in my profession also,” the sexagenarian says.