With a headstart over WhatsApp Business, Goodbox aims to outcompete it in two niche verticals 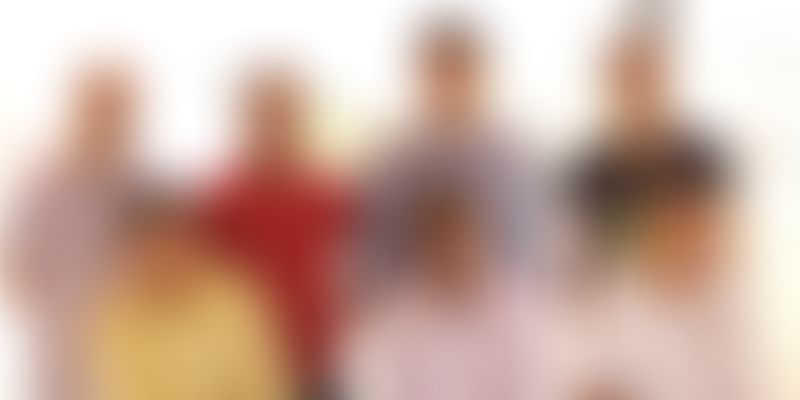 GoodBox launched a service similar to WhatsApp Business in 2015. With multiple learnings and a few tweaks, the startup believes it has found the right model to capture a few niche verticals.

The problem it solves: Let's consumers connect with multiple businesses to facilitate communication and transactions.

WhatsApp recently launched WhatsApp Business across the world, and in India. The goal is to help customers with useful information such as business description, email ID, store addresses, and website details, and also be able to connect with the business.

Businesses, on the other hand, can leverage smart messaging tools such as quick replies and away messages to interact with customers. They can also gain insights like the number of messages read to see what's working.

Closer home in India, Goodbox, which was founded in 2015 by a group of former Redbus executives has ‘been there and done that.’ Talking to YourStory, Abey Zachariah, Co-Founder and CEO, Goodbox said,

Whatever journey WhatsApp Business is going through now, we have already gone through it. We saw that sometimes, businesses may take 10 seconds to respond and other times not respond at all… So, we changed our strategy.

GoodBox was conceptualised by Abey, who was a part of the Redbus core team, with Mayank Bidawatka, Nithin Chandra, Mohit Maheshwari, Anand Kalaginamani, Mahesh Herle, and Charan Raj. Abey says GoodBox started with a view to connect customers and businesses over a chat interface.

However, based on feedback, the team realised this was not the best solution for customers or businesses to interact with each other.

While it is possible to do some transactions over chat, the team realised a graphical user interface layer was more suited to make transactions faster and hassle-free. So, the GoodBox team began working on booking engines for generic use cases, and also for specific sectors. Abey explained,

We provided businesses with a Mini app inside GoodBox, through which customers could place orders and also interact with different businesses. We built the technology and also leveraged ReactNative (a framework for building native apps).

Abey explained that one of the benefits for businesses leveraging GoodBox was the fact that they could update their app and not need consumers to update the app on their side, which native apps on Android and iOS platforms have to factor in.

In their case, changes take place automatically because of the ReactNative network integration for all of Godbox’s Mini apps.

In November 2015, Goodbox raised $2.5 million from Nexus, and also acquired SmartPocket. Around the same time, the company started exploring ways to pivot from the original strategy, and focus on some niche verticals to go after. Abey noted that Goodbox had about 40,000 businesses that had expressed interest, and signed up on the platform. It tweaked its offering to focus on two key areas -

Abey said Goodbox is currently active across 15 corporate cafeterias in cities like Bengaluru, Gurugram and Hyderabad. Some of its clients include Dell and TCS. He also said the company had recently won a bid to cater to a corporate cafeteria with 37,000 employees.

Corporate employees can use Goodbox to place orders for their lunch, and reduce time spent in queues. Goodbox also sees another opportunity to cross-sell its other product offerings like groceries to the corporate client userbase. Abey noted Goodbox currently has about 120 grocery shops on its platform.

Installing the consumer facing app lets users chat, buy, and pay for products and services from different businesses in their neighborhood. Users can favourite certain brands, and add them to their home screen for easy access, instead of having to use the search bar every time.

Goodbox leverages a combination of chat interface and visual cards to help customers with their transactions. The app notifies users if the business is offline, and offers ways to connect with the business over the phone or request a callback. Users can still go ahead and place their orders through the ‘My list section’. Goodbox is free to download, and use for end customers.

Like WhatsApp Business, Goodbox has a business facing app which can be used to keep track of orders and respond to messages.

Companies can manage their inventory, set prices, and create customised offers for customers. Goodbox’s revenue model involves an annual fee and a per-transaction fee that they charge businesses for leveraging their platform.

WhatsApp Business recently launched in India and some other countries. The Facebook-owned company currently offers its platform for free to businesses to reach out to customers. On the other hand, Facebook recently announced it would shut down M, its personal assistant service that combined humans and Artificial Intelligence to help people with tasks like payments, making plans, and sending stickers through Messenger.

“We launched this project to learn what people needed and expected of an assistant, and we learned a lot,” the company(Facebook) said in a statement to Verge. “We’re taking these useful insights to power other AI projects at Facebook. It will be interesting to see how WhatsApp business evolves.

Abey, on the other hand, said that while WhatsApp Business may be able to capture a lot of businesses in the long tail given the massive adoption of its consumer-facing app, he believes that the approach of focussing on niche verticals and the tweaked user interface could help them capture a significant portion of the market. While many customers place orders through the booking engine, Abey noted,

We get a lot of orders on chat too… But I don’t like the idea of a business sending me messages frequently. Me sending a message is okay, but at scale, you know what happens when multiple businesses flood your inbox.

So, while leveraging messaging platforms, businesses will need to ensure they don’t spam. Goodbox recently partnered with Sodexho, the popular food services, and facilities management company, to integrate payments for their corporate employee base. Abey also noted that the grocery vertical is doing well because of its full stack approach that shows inventory.

Goodbox currently doesn’t take care of last-mile logistics, though. The company recently partnered with Metro stores and will go live with Walmart in Hyderabad in February 2018. The Goodbox team believes its experience in the space and understanding of the market will help focus on niche verticals, and possibly do what global tech giants cannot.

Goodbox is currently available on Android and iOS.