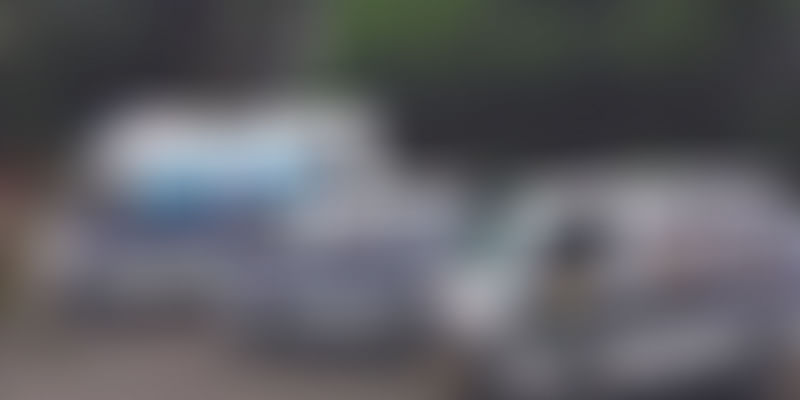 StanPlus is an ‘Uber for private medical transportation’, which aims at providing patients immediate support for emergency and non-emergency care.

Where is it based: Hyderabad

We live in a world of instant gratification. Your food order can reach you within 45 minutes, a dress or book can reach in a day, and if you’re based out of Bengaluru or Pune, you can get practically anything (or at least what law of the land permits) delivered within 45 minutes to an hour.

Despite this cocoon of convenience enveloping us, there is still a gap: if there is an accident or an emergency situation, one cannot be certain of the time the ambulance would take to reach the spot. Food, books, and clothes quickly at your doorstep is great, but what is, literally, life-saving is timely medical help.

In India, emergency medical services like ambulance facilities are found wanting. Indian ambulance services fall short of several international standards. It was looking at this gap that Hyderabad-based StanPlus was set up, to work as an ‘Uber for private medical transportation’ in India.

Why an ‘Uber for ambulance needs’?

The idea first came to Antoine Poirson, who later roped in Jose Leon and Prabhdeep Singh.

In 2013, the then 32-year-old Antoine came to India from France to set up a solar plant in Rajasthan. During this time, a colleague of his met with a serious accident. While the team immediately called for an ambulance, Antoine terms the journey between the accident site and the hospital a complete disaster.

“It took us three hours to reach the hospital. The ambulance wasn't well-equipped, we had to stop for fuel and the medical technician wasn't skilled. The whole process shook me completely,” says Antoine.

Two years later, Antoine who was then studying at INSEAD, was showing his classmate Prabhdeep around his hometown, in the south of France. Coming from the pharmaceutical sector, Antoine and Prabhdeep got a rapport going, especially when they started discussing the gaps in the Indian healthcare sector. They roped in their friend Jose, who while living in Costa Rica and had started a crowd-sourced mapping application to start creating formal maps and routes. The trio then started StanPlus in 2016.

Setting up the operations

“StanPlus focusses on supporting the patient in emergency and non-emergency situations, helping them reach the hospital, care centre, or home. We operate across all segments, from simple vehicles for patients with limited mobility, to fully equipped Advanced Life Support (ASL) vehicles able to handle all type of emergencies, and medical air transportation,” says Antoine.

A particular challenge the team had to address whilst getting the company up and running was the mismatch in expectations of all the stakeholders in the medical supply chain. An ambulance partner will be looking to secure more bookings for its ambulance, a driver may be lured by long distance bookings which assure him of a handsome tip, and a hospital would value vehicle availability on premises. Such varied interests are conflicting and create recurring inefficiencies on a permanent basis and need to be fixed for smooth operations.

“Our initial focus was to understand these different interests and re-design incentives accordingly in our business model,” says Antoine. The first challenge was to establish a fleet of vehicles that could respond to any situation in Hyderabad within 15 minutes. The team got busy with tackling the myriad steps needed to facilitate the above: selecting vehicles, performing quality audits, training the ambulance drivers and the ambulance partners, and developing a network of trained paramedics.

With a fleet of 300 ambulances, StanPlus employs trained paramedics and three trained drivers for each vehicle, so that they can take turns manning the ambulance. The platform aggregates the ambulances of hospitals, private operators, government-run services, and its own ALS ambulances.

The firm uses technology, a reliable call centre and makes efficient routing decisions using geospatial data, which is also employed to analyse routing and traffic data for station ambulances at calculated intervals, attempting to reach every emergency case in each city it serves within 20 minutes of the call.

In addition to emergency situations, the ambulance service can also be used by families of chronic patients who frequent hospitals. There is a helpline to book an ambulance. Antoine explains that they went the traditional call-centre route instead of a smartphone app because people want to be assured that their ambulance is on its way. “Also, in case of emergency, our trained staff is able to narrow down the medical issue while interacting with the patient and assign the right ambulance,” he adds. On average, StanPlus receives over 60 calls per city every day, with each being attended to in less than 15 seconds.

“This hands-on approach gave us an unprecedented control over the largest private ambulance fleet ever set up in India, thus answering better and faster to any patient need,” says Antoine.

The founder throws light on how technology is crucial to their operations. The call centre will be equipped with a smart dispatching tool, leveraging real-time data from the ambulances to respond better to patients.

“Instead of focussing on developing a fancy smartphone application for patients, we realised the core need of the patients, which was that they wanted the ambulance to reach them on time,” Antoine observes.

The team had raised initial funding of $15,000 which we secured by winning the INSEAD Venture Competition. And, in October last year, they raised $1.1 million in a round led by KStart, under Kalaari Capital. The ‘Uber for ambulance’ concept is fast picking up. In developed markets, it takes less than seven minutes for a well-equipped ambulance to reach a victim.

But ambulance delays are pretty common in our country. Although most Indian states have ambulances as per the World Health Organisation's requirement—which is at least one ambulance for 100,000 citizens—few reach patients in time, due to lack of information and infrastructure.

Today, there are several startups like Dial4242, Ambee, and eSahai medical taxis.

Companies like Zoctr, HiAmber, and others are making inroads in some metros. But making ambulances available in time is only work half done; equipping them to handle trauma with the right care still needs to be perfected in the Indian ecosystem.

“To contextualise, back in 2016, during our inception we had 50 ambulances on our network while our closest competitor had only 26 ambulances on its network,” he adds.

The startup ensures it pays close attention to detail. Vans are sanitised daily and fumigated every week, and are stocked with all life-saving devices. All drivers and paramedics are also periodically trained.

The revenue model is currently driven by the user segment and the hospital segment. But they plan to increase collaboration with insurance companies and hospitals to decrease the burden on the patients, who, according to Antoine, “have to foot the bill for the service, which could start at Rs 600 and sometimes stretch to over Rs 2 lakh.

As part of the hospital focus, StanPlus proposes a suite of outsourcing services to professionally manage the hospital’s ambulance fleet, augment it with the team’s network and help them while handling emergencies.

StanPlus also offers fleet management to ambulance owners and charge a nominal subscription fee to manage and operate the ambulances.

This year the aim is to focus on improving operational flow and to expand in different cities in the Hyderabad – Vijayawada – Vizag region. In addition to being an aggregator, the team is also setting up its own fleet of vehicles to cater to specific segments of the market.

With the recent funding the team plans to increase its ASL fleet and expand across regional geographies, innovate with cutting-edge technologies and cover all medical transportation categories.

“We also want to consolidate our operations in Andhra Pradesh and Telangana and want to go deeper into the towns and villages. Our present response time is 15 to 20 minutes. The eventual target this year is to bring down the time to 12 minutes,” concludes Antoine.