Ursula Burns - the true testament of courage, kindness and undeterred will 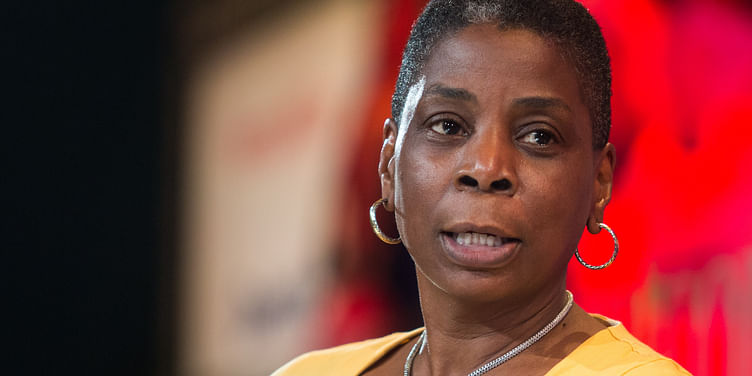 In a 2011 interview with Fast Company, Ursula Burns, the erstwhile CEO of Xerox said, “I’m a black lady from Lower East Side of New York. Not a lot intimidates me.” If anything summarises Ursula’s approach to work and life, it is these lines. As the first American-African woman to lead an S&P 500 company and the second woman CEO in the history of the Xerox, Ursula Burns is as tough as they come. But that was not her biggest win. It was when she, along with a group of executives led by the then-CEO Anne Mulcahy, rescued Xerox from bankruptcy in 2001.

Known for her forthrightness and fortitude, Ursula has been instrumental in reinventing Xerox and at the same time, has owned her role as a leader of change beyond compare in the male-dominated C-suites of the technology industry.

With engineering degrees from Columbia and New York University, Ursula started her career with Xerox as an intern in the summer of 1980 followed by full-time roles in product development and planning. Today, she is on the board of American Express, Director of Exxon Mobil Corporation, a trustee of the Ford Foundation and the Massachusetts Institute of Technology, and a Senior Advisor at Teneo Holdings.

We read through Ursula’s career trajectory, interviews, and keynotes and found lessons that make her the formidable role model that she is.

Be heard, loud, and clear

Legend has it that after almost a decade in junior and mid-level roles, Ursula truly started to get noticed in Xerox after a showdown she had with Wayland Hicks, the erstwhile executive VP of Xerox. During the meeting, someone raised the pointed question of why Xerox was so invested in its diversity program. Hicks’ response, Ursula thought, was lacking in passion and she made no bones about telling him that – publicly, during the meeting. The conversation got unpleasant, but Ursula refused to back down. To Hicks’ credit, he took note of Ursula’s passion and instead of taking her to task for her “unpleasantness”, he offered her the role of his executive assistant. What followed was Ursula’s meteoric rise within the organisation. In less than two decades since, she became the CEO of Xerox, in 2009.

Ursula has always favoured speaking up, being authentic, and voicing opinions.

Ursula was appointed the CEO of Xerox at a difficult time. Not only was 2009 the near-peak of the global economic recession, the company was also threatened by the digital economy - where a paperless future was not just approaching but on the horizon. It was only a matter of time before the printer and copier company became part of history, but not if Ursula had her way.

She took off the company’s nostalgic blinkers and Silicon Valley’s famous love of history and legacy and did what it took to reinvent Xerox and ensure its survival through change. Ursula shut down the company’s manufacturing unit, one that had, in fact, started her career. She shut down or decreased volume on products that had defined the brand for decades. This meant some job losses but that was the trade-off to protect the company and the rest of its workforce. Ursula garnered the support of the Xerox union of workers by convincing them that this was a matter of survival.

“I told them the truth, in as much detail as I could, about what was happening.”

It’s not over till it’s over

In the fight to survive, Ursula pushed for the acquisition of ACS, an erstwhile data-entry business that had grown into business process outsourcing giant by the mid-90s. To many, it seemed like this acquisition meant that Xerox was giving up its legacy. However, this one move became the start of the turnaround of Xerox for the digital age. By 2016 and the end of Ursula’s time as CEO, Xerox split into two public companies – a $7 billion business process outsourcing (BPO) unit and an $11 billion document technology company. But not just that, Ursula ensured that the acquisition and what came of it was a win-win situation for both companies’ brand, business, and employees.

Ursula recognises that her mentors, including her mother, had a significant role to play in her meteoric rise. As a woman leader and role model, she has always believed in paying it forward. Ursula advocates relentlessly for diversity in STEM education – and for very practical reasons. Because the world needs more STEM talent in order to run, and the colour and gender of this talent really doesn’t matter in the bigger picture.

“We have to feed seven to 10 billion people. We have to get them water that's potable and clean. We have to be able to move them around in some kind of reasonably efficient way. ... There is not one thing that I mentioned that you can solve without a good STEM team around it.”

Beyond her role as a business leader, Ursula plays many civic and social roles including lead counsel to the community and to education and non-profit organisations like For Inspiration and Recognition of Science and Technology (FIRST), National Academy Foundation, MIT, as well as the US Olympic Committee. She is a founding director of Change The Equation, an organisation that advocates the overhaul of America’s education system. Appointed by erstwhile President Obama, Ursula was also the leader the White House STEM program for seven years.

Apart from her personal involvement with the community and government towards social good, Ursula has also been responsible for carrying forward Xerox’s legacy of sound corporate citizenship, and she takes this job very seriously.

“I certainly spend a lot of time and dedicate a fair share of resources to understanding the greater good our company is doing for our society. And I do business with my heart as much as I do with my head, both personally and professionally. Frankly, those companies that dismiss citizenship as a necessary evil don’t get my time, attention, or business — unless they’re looking to benchmark us as an example of decades-long, values-based leadership. I’m less concerned about whether being a good corporate citizen burnishes a company’s reputation. That’s just an added benefit. I believe it’s a responsibility, and there is no negotiating on responsibilities.”

From a young African-American girl from an impoverished neighbourhood to a role model and a success story like few others, Ursula’s inspirational life story is also a dramatic one. In her Lean In story, she relates that she was told as a child that she has three strikes against her – her gender, her family’s economic standing, and her race. And yet, Ursula rose above it all, thanks to her grit, fortitude, and dedication.

In her words, “Dreams do come true, but not without the help of others, a good education, a strong work ethic, and the courage to lean in."