How a mobile health platform is reducing maternal deaths in Nashik 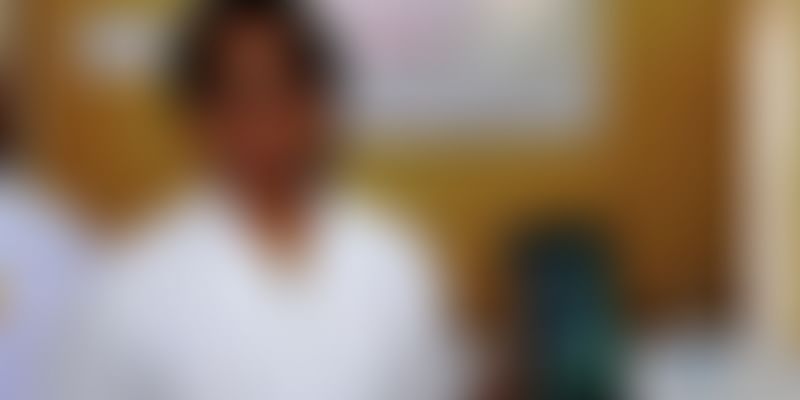 Through screening, identification and tracking of high-risk pregnancy, Maatritva aims to prevent complications in the health status of pregnant women.

Childbearing, needless to say, is a major milestone in the life of any woman. While safe delivery is the end goal, getting there can prove to be challenge. A challenge that can get more demanding with late detection or the absence of detection of risk involved in a pregnancy.

According to a survey by the JJ hospital in Mumbai, for every one maternal death, about nine other pregnant women go through a near to death experience. Maatritva, a mobile health platform for health workers to deliver maternal health services, wants to prevent this traumatising experience. Cofounded by a trio, the vision is not only to reduce the number of preventable deaths but to enhance the experience of motherhood and enable safe delivery.

When Pritesh Agrawal (25), Abhishek Verma (26) and Garima Dosar (26) met at ‘innovate for billions’ — a seven-day boot camp organised by Tata Consultancy Services (TCS) in January 2016 — their objective was to find a solution to real-life problems that could impact billions. Pritesh says, “We collaborated and brainstormed on the subject of ‘ensuring 100 percent institutional delivery’ and presented a prototype which can be developed and deployed for use by the people.”

On interaction with many health workers and pregnant women after the camp, the scale and gravity of the issue and a need to address it moved and inspired the trio to further collaborate and find potential solutions to address maternal deaths.

After working at boot camp, the three formally joined forces in March 2016 at Digital Impact Square (DISQ), an online platform with a physical location at Nashik, Maharashtra. “This platform encourages innovation using digital technologies, it was ideal for us. We had come together as innovators this time around to find possible solutions to maternal complications, that could be deployed and used by people to make a difference,” says Pritesh.

The team collaborated with two major stakeholders – the medical department, Nashik Municipal Corporation (NMC), in charge of the urban city, and the district health office that looked after healthcare in rural Nashik. Warm cooperation from all the health workers and mentors from both the government and TCS helped the team in understanding the ecosystem and its difficulties.

“As an outcome of the intense field and secondary research, we could identify some critical challenges, which required attention and needed to be addressed. We also had multiple rounds of validation from expert panels with people from government, industries, and NGOs,” shares Pritesh. Following rounds of research brought the team to identify issues such as high-risk pregnancies and they were determined to come up with solutions — through referral of the pregnant women to appropriate level of facility and also engaging in birth preparedness to map her needs during labour or childbirth.

Co-creation at the centre

These opportunities led to the idea of creating a mobile health platform for the midwives. The vision seemed very promising but there were unavoidable hurdles, shares the team. From having to start their initial pilot at Amboli, a tribal village in Maharashtra with zero mobile network connectivity, infrastructure and resources to healthcare centers located at high altitudes with inadequate or no public transport, many of these constraints had to be kept in mind while designing the platform. “The midwives, our potential users, were not skilled to use newly-introduced digital interface. We had to address these issues together. That's when we realised that co-creation was central to the development of our idea,” says Pritesh.

The team then ideated and collaborated with many stakeholders to build the platform, closely and continuously working with midwives and medical officers to understand how they conducted antenatal clinics and delivered maternal health services. They also took feedback and suggestions to improve the platform. “We considered all the factors and the surroundings wherein the midwives worked. Giving emphasis to user-centric design, we kept the interface as simple as possible to help users adapt,” says Pritesh.

The first pilot of Maatritva, designed in regional language with an option to be used without the internet, was launched on the August 5, 2016, in Primary Health Centre (PHC) of Amboli of rural Maharashtra with eight sub centres under it. The midwives used the platform to record the medical information of the pregnant women in the antenatal clinics conducted by them. “Since the platform records the antenatal data of the women, it automatically identifies the women who are ‘at-risk’ and ‘high-risk’. The platform assists them with decision making and highlights to them the cause of the risk so that the women can be counselled accordingly,” explains Pritesh.

On April 2017, based on the result and outcome of the pilot in the Amboli PHC, Maatritva was scaled across five talukas of Nashik district along with the district health office. 175 users including the Auxiliary Nurse Midwife (ANM), Multipurpose Worker (MPW), Supervisors and Medical Officer (MO) were trained to use the platform by Maatritva, in March 2017. “A live demo and hands-on sessions are organised by us where the midwives were informed about the purpose of the Maatritva platform, and were trained on every feature and functionality of the platform. A manual booklet was given with details of the process to refer at any point in time,” says Pritesh.

The pilot is monitored for issues, with one dedicated person supporting the midwives in using the application. Maatritva also involves other health workers such as the Asha workers, who visit the houses of pregnant women once a reminder is sent to them through the application. When the lady is identified as ‘high risk’ by the midwife, she is referred to a medical officer at a higher level of facility who then examines and confirms the risk status of the women. Along with this, the administration is equipped with a dashboard to monitor the near real-time data indicating the functioning of the health facilities.

After the users were completely trained, by August 2017, Maatritva was scaled to the district level with all 15 blocks of the Nashik district now using the application.

With the team of three working tirelessly, they were able to scale the application from two PHCs to 135 PHCs covering the whole of Nashik district including the Nashik Municipal Corporation. “Using Maatritva has not only benefited pregnant women through high risk identification but has other indirect effects such as the increase in tech literacy of ANMs in terms of using smartphone and they now feel empowered,” says Pritesh.

Maatritva presently has over 1,000 active users, over 500 midwife users, and has screened more than 13,000 pregnant women. In addition to the existing platform, in the future, the trio intends to build various other features in the platform – a referral module, information escalation module, and birth preparedness module.

“The primary channel is to pilot and approach various stakeholders by means of reference or recommendation by the current customers. Apart from this, we are also exploring opportunities where various organisations can be consulted for their CSR projects and for help in streamlining and implementing Maatritva,” concludes Pritesh.

From high-risk pregnancy identification to mapping referrals to concerned facilities, Maatritva has opened ways for birth preparedness by getting the efforts of all players involved in delivering the maternal health services in sync. Besides, the application has not only emphasised on the need to identify high-risk pregnancies but has also given significance to identifying and monitoring the ‘at risk’ pregnant women. Thus, saving time and averting possible complications.