Girls not allowed: how India’s military schools are gender discriminatory 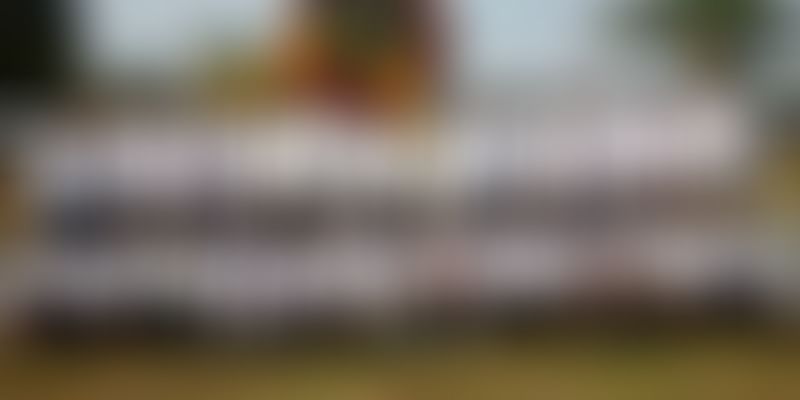 Education is one of the most critical areas of empowerment for women, and Sainik Schools and Rashtriya Military Schools both illustrate clear examples of the discrimination girls suffer.

Offering girls basic quality education is one sure way of giving them much greater power, of enabling them to make genuine choices over the kinds of lives they wish to lead. India has ratified the convention on the ‘Rights of the Child’ and the convention on the ‘Elimination of All Forms of Discrimination against Women’. According to Article 21 A of the Constitution of India, right to education is now a fundamental right for the children in the age group of 6-14 years.

The Sainik Schools in their vision statement provides that – “To upgrade the schools as modern public schools offering education to children of common man and to effectively use technology to integrate with the futuristic knowledge based society of emerging globalised world.” However, the school’s admission practice is in total violation of its vision statement. It prohibits girls, and admits only boys seeking admission.

Sainik Schools are fully residential schools, affiliated to the CBSE, conceived in 1961 by VK Krishna Menon, the then Defence Minister, to rectify regional and class imbalance amongst the officer cadre of the Indian Military. Today, 26 Sainik schools all over the country provide academic excellence and students are encouraged to develop creative faculties through co-curricular activities and socially useful work.

They are systematically introduced to all major games and given compulsory NCC training upto Class-XI. Adventure activities form an integral part of training. Each school has extensive infrastructure and land to cater to needs of comprehensive training so that boys are brought up in a conducive environment.

Similar discrimination on grounds of gender prevails in Rashtriya Military Schools at Bangaluru, Belgaum (Karnataka), Ajmer, Dholpur (Rajasthan) and Chail (Himachal Pradesh), wherein admissions open to sons of Defence Service Officers and civilians but not daughters. In the website www.rashtriyamilitaryschools.in despite using the word ‘candidates’ there is a rider in the end stating ‘Admissions are exclusively for boys’.  In Eligibility it is stated “Only boys between 10 to 11 years of age for Class VI and Boys between 13 to 14 years of age for class IX of age as on 01 Jul of the academic year are eligible for admission. Six months relaxation in upper age limit is permissible for the wars of personnel killed in action.”

The deprivation of quality education by denial of admission to girls in Sainik Schools and Rasthtriya Military Schools is against Constitutional guarantees of Article 14, 15 and 21 A, and, hence, discriminatory. It is pertinent to mention that India loses around 1,600 military personnel every year without going to war, and the single biggest killers are said to be suicides; much more than counter-insurgency operations or firing duels with Pakistan. Most importantly as reported soldiers undergo mental stress for not being able to take care of the problems being faced by their families back home.

What can be more worrying for a soldier than the education and security of his girl child, who is deprived of quality education? Further providing quality education to a daughter of a soldier is essential especially since the soldier is destined to spend most of his service life away from the family in service of the nation in some operational area or the other; including running the risk of not returning.