How PeeBuddy showed that customers are the biggest validation to grow 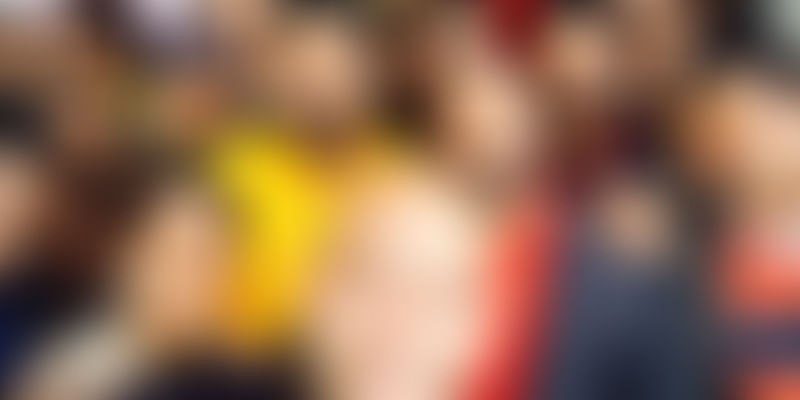 When a male duo says you don’t have to be a woman to solve women’s problems, it might piss off a few women. But initial indignation gives way to camaraderie when the two are the founders of PeeBuddy, India’s first female urination device that enables women to stand and, yes, pee.

This is very refreshing, for, men know squat about the horrors women face in filthy public toilets. But there are two men who have come with a practical solution to the problem: a device that neatly channels the urine. And co-founder Deep Bajaj doesn’t shy away from doing a demo, be it onstage in front of a college crowd or at a startup contest on air. He says, “We don’t have a woman co-founder, so someone has got to do the talking and I choose to do so without shame. The reaction from women has been more than encouraging. I am yet to come across a woman who disapproves the idea or the effort. In fact, they say PeeBuddy is a phenomenal solution to a pressing problem. [As for] the men, we don’t care what they think.”

Founded by him and Mohit Bajaj, this patent-protected, portable, disposable product has won multiple awards, made headlines, and is recommended by the medical fraternity. And 2018 began on yet another golden note, with Deep declared as the winner at the Lufthansa Runway to Success Season 5. The grand prize includes sponsorship to a business programme at the prestigious Cambridge University in the UK, a Lufthansa Business Class ticket to any destination in Europe, as well as a much sought-after mentorship from TiE.

Deep’s entrepreneurial journey has been anything but conventional. After pursuing his Masters of Management in the Australian National University, he was expected to stay back, pursue a career and make some big bucks. But he chose to come back to India and work on his first startup, Thyme, an event management company. And right when it was doing well, he decided to dilute his stake and pursue newer opportunities. This was followed by a stint in Carpet Couture, selling exclusive, handmade rugs and carpets and then in a healthcare startup.

Deep reminisces, “After conducting high-profile events and conferences for big brands, I was selling carpets. That, for many, was a drastic step. Then, I began helping women to stand and pee. Today, that very effort has helped me win industry recognition, an award at a coveted platform like Lufthansa Runway to Success, which in turn bagged me yet another momentous opportunity at Cambridge University. My life has been nothing short of serendipity.”

Asked if he had expected to win when he filled the application, he ripostes, “Not at all.” And adds, “Participating and winning Lufthansa Runway to Success has been life-changing. We now have closer access to more industry veterans, which we hope to leverage to grow stronger as well build partnerships and alliances. TiE is stellar profile and its mentorship will open great doors for us in all channels.” Doing the business programme at Cambridge University is a dream come true for him.

The idea for PeeBuddy was born on a chatty road trip in 2013. The team got down to business, conducting pilot sales in 2014. It was formally incorporated in 2015. To say that the startup’s first two years were challenging would be an understatement. The abysmal sales figures in 2015 and 2016 would have prompted others to zip up and get out. But Deep’s and Mohit’s tenacity ensured that business gradually picked momentum. Today, PeeBuddy has sold over 750,000 units, even expanding its product line to include several intimate care products.

As a serial entrepreneur, Deep believes that the first 1,000 days are critical for a startup and one has to give it that much time in order to survive and evolve. “This mantra replayed every single time in an uncanny fashion in my startup journey, be it with Thyme or Carpet Couture. So with PeeBuddy, I knew I had to sail through the first three years even if the sales chart hardly moved in the first two years.”

PeeBuddy, the product, makes a bold statement in more ways than one. Be it on online stores or supermarket shelves, the bright green packaging with bold, all-caps lettering is unmissable. The branding ditches the conventional shades of pink and clichéd elements like a pretty face on the packaging.

This departure was also serendipitous rather than a well thought-out strategy. “The problem we were trying to address with PeeBuddy was very simple and so was the solution we had devised. And with no marketing budget, branding and packaging was the only weapon we had. We thought bold colouring and font would help us break through the clutter. It was our best bet yet and it turned in our favour. I was very sure that I didn’t want to compromise the text in name of aesthetics. That’s why we went all out printed in bold – FREEDOM TO STAND AND PEE.”

Unsurprisingly, PeeBuddy is a hit with millennials. The customer base broadly consists of two groups – daily users such as professional athletes, runners, cyclists, and those whose use is need-based – during a trek or to avoid a dirty toilet in a public space.

And, because of its simplicity and effectiveness, forward-thinking event organisers are partnering with PeeBuddy to make sanitation safer for women. Marathons like the Standard Charted Mumbai Marathon, Airtel Delhi Half Marathon, Bengaluru Marathon are enthusiastic PeeBuddies. Deep says, “In big public events, given the diverse profile of audience, no matter how hard the organisers try, keeping toilets clean is a mammoth challenge. That’s where a solution like PeeBuddy comes to the aid of both – the organisers and women attendees.”

All this has contributed to a loyal customer base which doubles as PeeBuddy’s biggest growth drivers. “We are one of those happy startups with customers who are [generous] with their compliments, purchases and encouragement. They provide us critical feedback, which has helped us grow. They are the ones pointing out a product gap, which we then bridge.”

Based on customer feedback, PeeBuddy has released a range of female hygiene products under the brand name Sirona. They include tamper-proof, oxo-biodegradable disposal bags, intimate wet wipes, multi-use wet wipes, herbal pain relief patches, underarm sweat pads, breast pads, applicator tampons and digital tampons. “Almost all of our products were released in the market because customers were asking for them. For instance, we got a mail appreciating PeeBuddy, but the customer said she would also like intimate wet wipes or a wash so as to stay hygienic on the go. So, after a round of internal deliberation, we decided to launch it. Almost all of our products resonate with similar stories.”

Deep says the USP is the fact that it has succeeded in solving a critical problem for women. “Nothing makes us as happy as the thank you mails that hit our inboxes. A cyclist wrote how she is now able to go on a longer circuit. Another customer wrote to us about how PeeBuddy helped her through her pregnancy, a time when a lot of women are either prone to urinary tract infections because of using unhygienic toilets or finding it difficult to sit and pee. A cancer survivor said she is now able to travel more often, which was a challenge without PeeBuddy, as she had to be very careful about hygiene and sanitation. With clean toilets being a rarity in public spaces in India, travelling was difficult for her. It is in these small victories that we celebrate the success of PeeBuddy.”

Quoting Steve Jobs’s theory on connecting the dots and how he is able to apply that to its entrepreneurial journey, Deep says, “I have taken many right and wrong decisions but it’s only in hindsight that you can join the dots. If I hadn’t done any of those things, even the wrong ones, who knows what would have happened today. So, I wouldn’t want to have it any other way.”