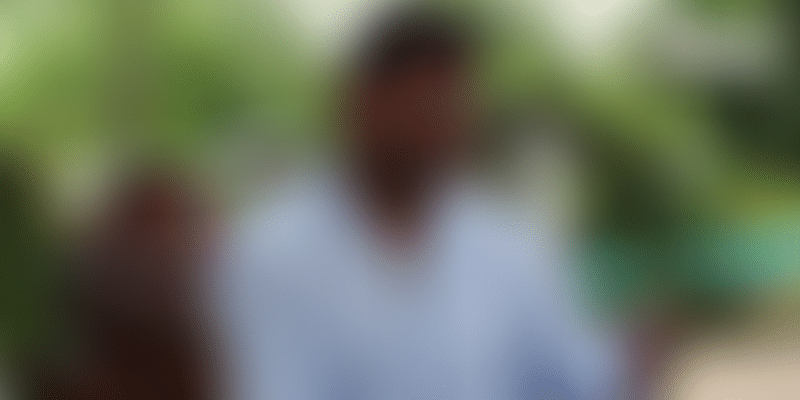 “I too was captured in the cycle of debt and crop failure; we couldn't control climatic conditions and bank loans kept increasing. And then I started thinking about our ancestors, our traditional farming methods and knew that this was the key to success. It was challenging, even my family didn’t understand or support me initially. But, today, I am debt-free. I am a ‘pragatisheel’ kisaan,” he says proudly.

With the Humane Agrarian Centre, a one-of-a-kind rural museum, Prem’s farm stands as an exception in the hilly region of Bundelkhand, divided between Madhya Pradesh and Uttar Pradesh. The land is otherwise synonymous with droughts, farmer suicides, unemployment as a result of crop failure, extreme weather conditions with below average rainfall, and low water availability.

Going back to the roots

Born into a family of farmers, Prem (54) grew up on the fields amidst the once lush green farms, fresh harvest and livestock.

After studying MA Philosophy from Allahabad University and Management in Rural Development from Mahatma Gandhi Chitrakoot Gramoday Vishwavidyalaya, he joined his ancestors occupation and began farming in 1987.

“Like all other farmers, I too started farming using the widely used tractor, urea, fertilizers and chemicals. The reason- with green revolution, we were told that this will increase yield and fetch us more money,” Prem says.

Despite toiling daily Prem’s family continued to be in loss; bank loans and interest rate increased with each passing loan repayment date. “We would earn a maximum of Rs 2.15 lakh per season, of which 80 percent went to the banks and we were left with mere Rs 25,000-30,000. How could a family of four brothers survive with this partly amount,” Prem questions.

Two years into the profession, he realised that something was wrong. Upon discussion with other farming community he realised that the primary cause of distress was the dreaded “depreciating value” commodity called tractor.

“In fact, we had to sell my mother’s gold jewellery to get loans and buy a tractor and machinery. And we never got the jewellery back. The bank and interests ate up everything,” he says.

Debt has been sighted as a primary cause for agrarian crises. The year 2017 alone was marred by numerous protests across India where farmers demanded for loan waivers among other things from the government.

Further, the increased use of fertilisers and chemicals proved to be harmful to the soil’s ecological balance.

And, hence, in 1989, he sought his father’s permission to start experimenting with sustainable and traditional farming in a small part of his land.

Advocating for ‘Avartansheel Kheti’, or periodic proportionate farming, Prem Singh believes that farming has to be a self-sustaining occupation for the farmer.

“If farming has to be done right, we need to become independent. Grow everything ourselves, for our family first and not the market. And, most importantly, respect and give back to the nature, which provides plenty of resources to us already,” Prem explains.

Avartansheel Kheti encourages a farmer to divide his land into three parts: one-third to be used as a garden to grow fruits and crops, the second part is used for rearing livestock, while the last part would be used for growing timber. Further, this approach advocates crop rotation, organic farming, animal husbandry, food processing, improving soil fertility and seed development.

Citing an example, Prem says that livestock can help a farmer gain income in numerous ways— milk from cattle can be sold as paneer and ghee after processing and the animal dung can be used as farm manure. Further, organically grown compost can be widely used by the farmer, thereby increasing the soil quality and yielding high quality of harvest devoid of chemicals.

“Whatever a farmer needs to run his household— be it oil, vegetables, pulses and cereals, wood, water— should be homegrown. After he has sustained his family, the remaining produce should be taken to the market. This way, a farmer will not get stuck between the demand and supply chain of the market.”

Similar farming technique has also been propagated by Prime Minister Narendra Modi during his speech at Bareilly, Uttar Pradesh, in 2016, where he urged the farmers to plant more trees and focus on animal husbandry along with traditional practices of agriculture.

Prem is aware of the limitations of self-sustaining practises and agrees that there will always be a few items that one has to purchase from the market. However, he advocates buying these items from within the community or neighbouring villages itself, to ensure that the society as a whole will also prosper.

This farming method is currently followed by 28 percent of farmers in his district and also has followers from the agrarian community of Belgium and France.

According to Prem, the agrarian community finds farming to be a burden because of the following three reasons: crop failure due to consecutive droughts, loans and debt due to failure to repay bank credit, and government policies that advocate farmers to abort traditional and sustainable farming methods over the use of urea, chemical fertilizers.

“Until 1980, not a single bag of urea was purchased in my village, in Bundelkhand district,” he adds.

The answer, he says, to get out of this cycle is to go back to the nature and follow the principle of ‘sahastitvaad’ or co-existentialism.

Over the past 25 years Prem Singh has witnessed the multiple benefits of Avartansheel Kheti, the most important being increase in the daily income of a farmer.

“If you grow wheat in one acre land you will reap maximum 20 quintal of produce. So if you grow guava instead, you will get approximately 100 quintals of produce because you will grow 100 trees in one acre of land. So you have five times of revenue and at the same time your expenses will come down,"he explains.

Further, proportionate farming also brings down the risk level and complete dependency on climatic conditions. With better soil fertility and increased carbon content, ground water also gets recharged. This cycle is essential to establish a pattern of self-sustainable and high wielding harvest season.

“Today I am debt-free. I repaid my loans, taken since my grandfather’s time, worth approximately Rs 25 lakh. It took over two decades, the results took time but it did become a reality,” Prem says proudly.

Bring back the respect

Prem believes that today nobody aspires to be a farmer nor does the community command respect from the society.

“The low income trap has forced many farmers to become migrant labourers and construction workers in the city. Is this pragati, progress,” he asks.

And hence to reinstil the spirit and gaurav of his community, he along with a group of farmers started a self-funded rural museum that chronicled the history of Indian agriculture. The museum is frequently visited by school children and college students.

“Wherever I go I only have one mission— to spread the word about sustainable farming. I want to bring back the respect that the farmers once enjoyed in our nation. Farming should be viewed in a positive light; it should benefit and sustain the farmer’s family,” he says.