The incredible story of Ravinder Thota, the phenol salesman who built a $33M IT company 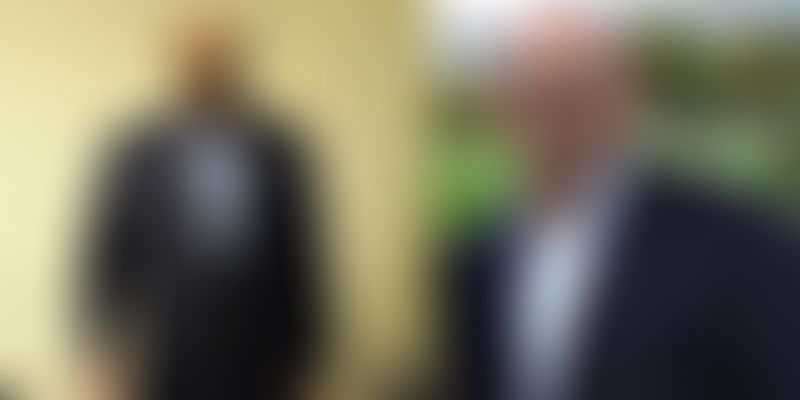 Ravinder Thota hails from a small village in Telangana's Warangal district. He lost his father at the age of three, and was raised by his mother who used to work on their small piece of agricultural land. He used to help his mother in the fields, while topping in school at every class. Until his ninth grade, he didn't even have footwear to wear.

Ravinder had realised early in life that the only way out of their poverty was the pursuit of education. He came to Hyderabad from his village to pursue agricultural sciences as his subject for Bachelor's and Master's degree. He went on to do a PhD from Acharya N G Ranga Agricultural University.

With a PhD and no job at hand, Ranganath tried multiple things in Hyderabad. He invested his money into a phenol business started by a friend which ended up in heavy losses. To make ends meet, he even sold cleaning products going from hostels to hospitals and clinics.

Ravinder was invited to the US for a post-doctoral fellowship, reports Chai Bisket. After working on multiple odd jobs, Ravinder developed interest in Wall Street and wrote exams to be a stockbroker. In six months, he cleared the exam and became one. Life as a stockbroker was not easy. He would make money on some days and lose money on others.

He told The New Indian Express, "I still remember that day when I borrowed some $10,000 from everyone and lost everything in few hours. By that time, my bank balance was in $11,000 deficit. I was sitting in a railway station with zero dollars in my pocket and contemplating suicide. My son was three and that was the exact age when I lost my father. If I die, the struggles of my son would be real. I mustered up courage and somehow made it to my house."

Leaving behind the Wall Street, Ravinder took up IT training and worked on other odd jobs to support his education and family. He finally got a job at a New York-based IT company. Over years, with his savings, he also started investing in real estate and launched his own IT company, JSMN International, whose annual turnover reached a whopping $33 million over years of growth. A resident of New Jersey now, Ravinder also owns several dollar general stores, movie theatres, and commercial real estates.

Once out of poverty, Ravinder has been a life-long philanthropist. He along with his wife Yashoda, are supporting the education of 137 students in Telangana's Adilabad district. With an annual charity spend of $100,000, he has also sponsored the higher education of 32 students who are pursuing their MS and MBA in the US.