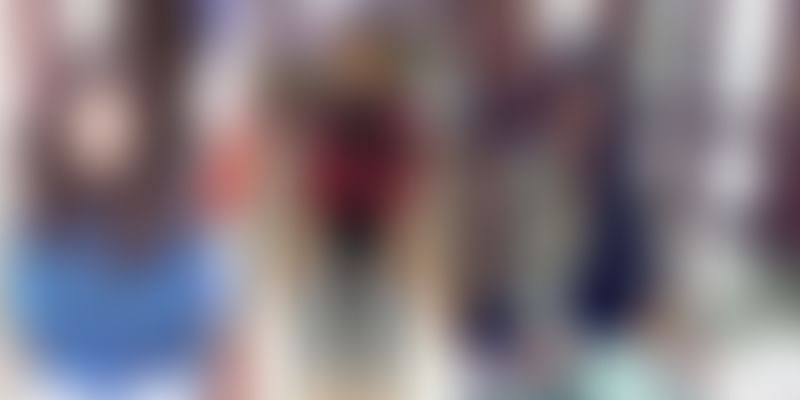 Amidst a growing global movement to regulate use of plastic straws, three youngsters are drawing attention to ‘use-and-throw’ syndrome around the world.

A few years ago, a video of a straw being extracted from a turtle’s nose went viral on social media. This video, along with many others, such as that of Midway Island in the Pacific flooded with plastic, was the ‘last straw’ for Mallika Arya, the co-founder of No Straws Attached, an initiative which advocates for gradually reducing plastic straw usage and ultimately eliminating them from our lives.

Mallika says she has been refusing plastic straws with her drinks for a while now but is still provided one and this got her thinking:

The idea of starting No Straws Attached was born because we wanted to bring about that change on a larger scale. If everyone starts requesting for a drink with no straw and if restaurants stop keeping plastic straws altogether, we really do think change will come about.

When asked about why the founders selected the straw as their target product, Mallika asserts that of all the plastic products around us, the straw is the easiest to eliminate and will not cause an inconvenience:

A lot of the times if you serve someone a drink without a straw, they wouldn't even realise that something is missing. Reducing your "plastic footprint" can be a daunting task and reducing straws is the first and easiest step!

She also says that refusing a straw has a domino effect because it begins a conversation about the utility of the straw to people who you share your table with, thus forcing them to rethink the straw as well.

The immediate and most recognisable impact is environmental. With takeaway drinks becoming increasingly common throughout the world, millions of plastic straws are used every day, which are discarded with a single use.

They usually end up in landfills or in oceans. There are many similar initiatives around the world, including India, and many cities have taken action on reducing straw usage.

But No Straws Attached is thinking beyond just straws as well. Its social media feed also tells followers on different ways to reduce plastic in our lives, such as carrying our own bottles of water and reusing non-plastic bags.

The founders are optimistic that if people are able to successfully eliminate the use of straws, they become conscious of plastics around them and make an effort to reduce using single use plastic products, eventually creating their own low-plastic lifestyle.

What also sets them apart from similar movements is that No Straws Attached is going beyond spreading awareness on the pollution caused by single use straws. Pointing to Seattle’s ban on plastic straws as an example, Mallika says that it is important to engage with all stakeholders involved to create long-term impact as opposed to just a handful of people following it personally, and therefore, the team is currently building a network of individuals across the world who can help them reach out to primary stakeholders, the food and beverages industry.

They have also reached out to many players in the industry and are in talks with many restaurants.

The response has been positive so far. Though there was one restaurant which was concerned about "ladies spoiling their lipsticks" if no straw was given! says Mallika.

The team uses social media in creative ways as an outreach tool, and the initiative has grown considerably since it began. With regular posts and infographics on social media, the founders draw attention to pollution caused by straws which compel people to rethink the utility of straws.

Mallika concludes: “We have managed to get the attention of a lot of people in the F&B industry while running this campaign remotely and from three different countries. We are happy with the progress we are making considering all three of us are either working or studying and are doing this purely because we are passionate about the cause.”