Tencent: China’s answer to nearly everything 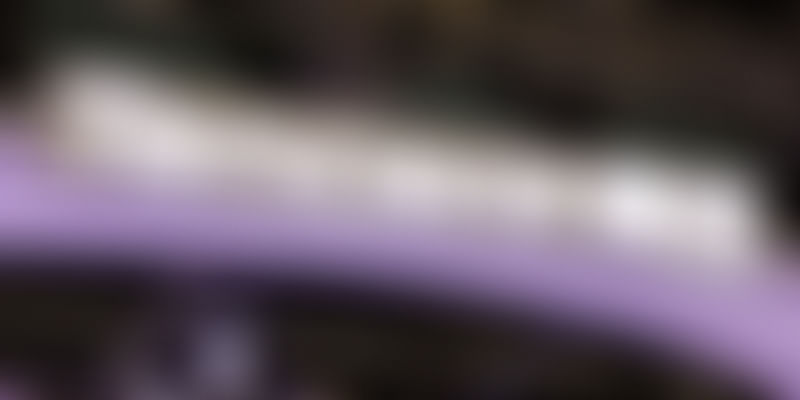 In November 2017, a Chinese tech company called Tencent leapfrogged Facebook to take the fifth spot on the world’s most valuable companies list after its market cap crossed $500 billion in value. By doing so, it even beat fellow Chinese giant Alibaba, to become the first Asian technology firm to reach the half-a-trillion valuation mark. But this behemoth of a company, one which has operations in nearly every conceivable market sector you could care to name, is virtually unknown outside its native country. And this is despite it being one of the most innovative companies in the world which is single-handedly competing with Silicon Valley bigwigs like Apple, Google, and Facebook.

While people outside China may not have heard of Tencent, there’s hardly anyone in the mainland whose lives the company doesn’t feature in. Tencent’s music and video services, which rival those of Spotify and Netflix, cater to tens of millions of subscribers in China. The company has signed exclusive content broadcast and streaming rights with HBO and the USA’s National Basketball Association (NBA). Its messaging platform WeChat has evolved into one of the most diverse ecosystems since its launch in 2011. Having started out as a simple online messenger akin to WhatsApp, the WeChat network today caters to virtually every daily requirement of a Chinese internet user — from paying traffic fines to booking doctors’ appointments, there are few things the average WeChat user is left wanting. But while WeChat is their most widely known product, it is in the gaming sector where the company truly dominates.

Tencent not only owns Honour of Kings (the most profitable game in the world), Riot (makers of the League of Legends franchise) and mobile game-maker Supercell (creator of Clash of Clans and Clash Royale) outright, it also has stakes in Glu Mobile and Activision Blizzard, which boasts of games like Call of Duty, World of Warcraft and Candy Crush Saga on its roster. Besides this, Tencent also has its own gaming ecosystem called WeGame. In early 2017, WeGame was announced as an upgrade to the existing Tencent Games Platform (TGP) — the update transformed the platform into a more diverse gaming ecosystem which now supported international users. Despite supporting only Chinese users until this point, TGP still managed over 4.5 billion downloads and with 200 million user it towers over its rival Steam who have 125 million users. Tencent is, in fact, the world’s largest video game publisher by revenue with over 40 percent of its total revenue being derived from games or gaming-related services.

How Tencent got started and its early years

Having started the business in Shenzhen in 1998 by Ma Huateng and his friends Zhang Zhidong, Xu Chenye, Chen Yidan, and Zeng Liqing, Tencent quickly acquired notoriety for creating cloned versions of western softwares and services. One of its famous initial product, a messenger service initially called QICQ, had to be renamed to QQ after AOL-owned ICQ threatened legal action. But QQ slowly gained popularity and provided Tencent a strong foothold in the Chinese market which the company then used to build an empire.

The management at Tencent realised that mobile was the future and by May 2000, they entered into the mobile domain with the launch of their Mobile QQ platform. This service allowed users to not just chat, but also play mobile games, provide them with news and other features which were absent from other platforms.

Every consumer-driven market thrives on competition. For each new sector that is identified, there are a dozen companies that have to battle it out for the largest slice of the pie. And while some companies do go on to dominate a particular vertical — like Facebook in social media and Amazon in e-commerce — it’s rare for one company to dominate them all. But that is precisely what Tencent has achieved. How is it that Tencent has not only staved off corporate tech giants like Google, Amazon, and Facebook but has grown large enough to rival them on the global scale? The answer is a simple one: because it's Chinese.

There are two reasons why being a Chinese company has massively benefitted Tencent. The first is the wide variety of laws and regulations the Chinese government uses to censor the internet. Derisively dubbed “The Great Firewall of China”, this state-sponsored internet censorship has kept international corporations out of the country’s market and allowed local businesses like Tencent, Alibaba, and Baidu to blossom. Tencent has further benefited in this regard since it employs over 7,000 Chinese Communist Party members and one of its Co-founders, Ma Huateng, is even deputy of the country’s legislative branch of government.

The second reason is the country’s population. With over a billion citizens, China is the world’s largest digital market and has been for some time. Since tech stalwarts like Google and Facebook had already figured out what the internet-using masses wanted, it was easy for Tencent to draw from their products and create similar services for China without fear of competition. That being said, Tencent has always stayed in tune with the ever-advancing world of technology and has made sure that China never lags behind its western counterparts in the field.

A finger in every pie

As such, Tencent is today the world’s largest social media company and owner of the world’s biggest gaming franchises. Its digital services are used by an estimated two-thirds of the Chinese population which collectively spends over 1.7 billion hours a day on the company’s apps. Its other services include entertainment, film production, music, e-commerce, web portals, payments systems, and a lot more. If you can think of a business, there’s a good chance Tencent is involved in it.

A few months ago, Tencent announced an alliance between it and leaders of the automotive industry to bolster advancements in autonomous driving technology. With members including Sebastian Thrun (the ‘father’ of Google’s self-driving car), the Beijing Automotive Group (BAIC), and electric car manufacturer Nio, this alliance will place Tencent in direct competition with Baidu and Alibaba as the Chinese companies race to capture the potential of autonomous driving in what is the world’s largest automobile market.

At the heart of every major investment deal

Besides being a hub for technological innovations itself, Tencent is also among the most prolific investment firms in the world with an incredibly diverse portfolio. In China alone, Tencent has invested hundreds of millions of dollars in e-commerce websites JD.com and 58.com, restaurant rating platform Dianping, mobile shopping portal Koudai Gouwu, ride-hailing service Didi Chuxing, autonomous vehicle startup Future Mobility, and supermarket chain Yonghui Superstores besides countless others.

The Chinese behemoth has also recorded a score of investments abroad. From investing close to $8.8 billion in Uber shares, Tencent also happens to be a major investor in Uber’s Didi Chuxing, to buying 5% of Tesla, Lyft, and buying $2 billion of shares in Snap Inc., Snapchat’s parent company. The Indian startup scene too has seen massive pumping of funds by Tencent, whose global ambitions are linked with home-grown companies like Ola, Flipkart, Byju’s, and Hike Messenger all receiving millions of dollars from Tencent in recent years.

Despite its wild successes at home, Tencent hasn’t been too successful in capturing a share of the international market. WeChat, for example, is overshadowed by the likes of WhatsApp and Telegram in not only the American and European markets but in much of the Asian market as well. However, the company is planning to make a global impact by targeting the myriad Chinese nationals who travel around the world either for work or pleasure. By making its native services available overseas, Tencent could at least gain a foothold by leveraging the travelling section of its home market.