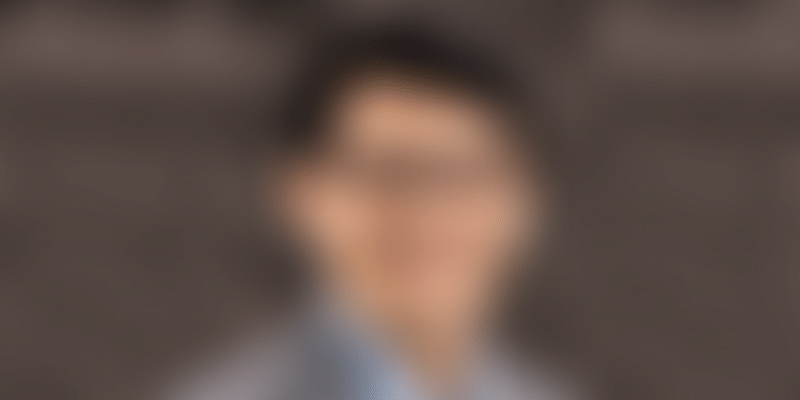 A whopping 79 percent organisations in India rank cybersecurity among the top five business risks, according to the recent KPMG cybercrime survey report 2017.

Large volumes of data (commonly known as Big Data) are often cited as a major cause of cyber attacks as it is difficult for organisations to capture and analyse security signals. Most traditional methods are inadequate to detect security threats amid such complex data sets.

Shomiron Das Gupta, Founder and CEO of NETMONASTERY, says: “We were set up at a time when the cybersecurity was at a nascent stage. Some of the biggest challenges in being a cybersecurity product company have been around trust and credibility.”

The KPMG report also highlights that 69 per cent of organisations are of the opinion that ransomware is a significant business risk while about 43 per cent indicated that they have experienced ransomware attacks in the previous year.

As per the survey, malware constitutes the biggest share of cyber attacks faced by organisations as 73 percent of organisations indicated it to be a menace.

But Shomiron recalls that since there were hardly any cybersecurity product companies when NETMONASTERY was launched in 2002, the capability of Indian products was viewed with suspicion. Large international giants dominated the cybersecurity business and inducting new customers was a constant challenge for the cybersecurity firm in its early days.

Shomiron highlights that the knowledge that a customer need was not being met motivated him to foray into the cybersecurity space.

DNIF is a data platform that can collect, parse, enrich, index, balance, and analyse data in a continuously changing environment, helping enterprises take precautionary measures for cyber defence. It allows users to partition one data infrastructure and enable multiple teams to solve many challenges.

The platform offers consumers three types of deployment — on-premises (installed and runs on computers in the premises), on cloud, and virtual.

It offers four plans, including free, community, standard and enterprise, to suit the need and pocket of consumers. Consumers can subscribe as per usage and install DNIF on commodity servers. The software will then stream log data from servers, network devices, and security devices. Once downloaded, DNIF will ingest this data and identify threats using techniques like thresholding, lookups, profilers/baseliners, and machine learning.

Prior to establishing NETMONASTERY, Shomiron worked for over five years as a consultant specialising in intrusion detection and analysis.

“Although we had a clear path to the desired solution our challenge was to build a product rather than the much easier service line. We spent eight months building the product as against what could be delivered by a group of engineers in the first three weeks,” he says.

Maya Nair, Information Security Head of Idea Cellular, says: “DNIF brings a different approach to Big Data analytics. Its Dynamic Search capability allows us to free -form our approach rather than being limited by structure. Query directives bring out a refreshing way of solving problems.”

The cybersecurity industry is dominated by giants like IBM, RSA, HP, McAfee, and Symantec. The space is extremely dynamic with newer threats being discovered every week. In this scenario it is extremely difficult for a buyer to trust a small company or startups with the responsibility of protecting their assets. However, in the last couple of years, several small companies and startups such as Lucideus Technologies, Data Resolve, Smokescreen, AppsPicket, HaltDos, and others have impressed enterprises with innovative products.

“We have worked very hard to get market share. An analytics engine is the heart of a cybersecurity operation and it is difficult for a customer to trust you with this critical responsibility. Over the years we have proved ourselves in smaller deployments and then used customer references to break into the big stage,” Shomiron reveals.

NETMONASTERY, which has been in the business for over a decade and a half now, highlights that its fast analytics engines have created a niche among local and international competitors.

Currently, the company, backed by a team of 40 members, is bootstrapped and debt-free. Shomiron says there are no investors onboard and are happy to be customer-funded.

In terms of monetisation, the cybersecurity firm claims to have a multifold revenue approach.

“It started off with the subscription model (back in 2007 we were amongst the first SaaS products in the country), but we now offer perpetual and enterprise licenses as well,” he says.

“Our product is delivered on a Pay-per-Use (subscription) model. We charge based on the volume of data that is processed by the system on a monthly basis. This works very well for customers as they do not have to make upfront investments and can pay as they bring more devices under the threat monitoring scope,” Shomiron adds.

In the last one year, NETMONASTERY claims that it has witnessed a 50 percent increase in new customer installs, which includes some large marquee banks and stock exchanges.

Shomiron also highlights that the company’s monthly run-rate has increased about 75 percent compared to last year, of which 40 percent is driven by additional usage among existing customers and 35 percent is via new signups.

Going ahead, the cybersecurity firm, which has a small operation in the US, plans to grow its presence and tap the American market.