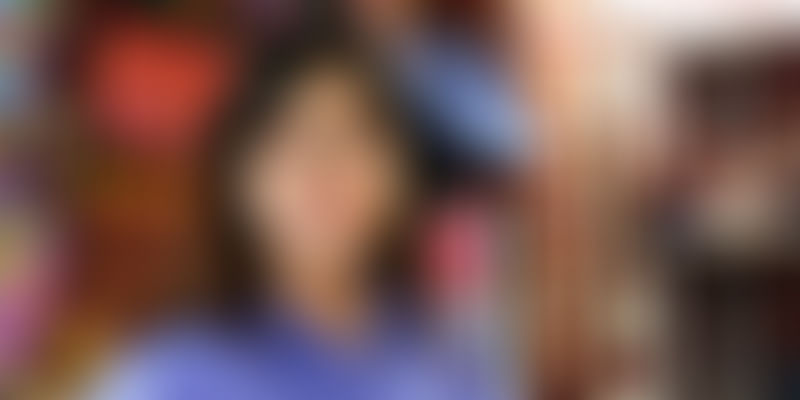 Rashmi Chadha of Wovoyage is on a mission to make travel in India safe, especially for women.

If you are searching for Paharganj on Google, the first thing that pops up is a query put out almost a year ago on how safe Paharganj is at night.

For the uninitiated, Paharganj is a backpackers camping base in Delhi. Budget travellers from all over the world find this place the best value for money as far as bed and breakfast go.

However, there’s one glitch, especially if you happen to be a woman traveller. Increasingly, the question about safety comes up. And it is not just Paharganj that is under scrutiny by travellers both foreign as well as locals in India. There have been enough and more cases of crime against women travellers in India that is taking the shine away from the incredible that is India.

Rashmi Chadha’s inbox is full of similar queries. “I heard it may not be safe to move around alone, do you think you could help,” a 25-year-old law graduate asks from Sydney. “My daughter is at a hotel right now in old Delhi, and has had her bag stolen, could you please help her?” asks a concerned mother from Edinburgh.

Thirty-two-year-old Rashmi is the Founder and CEO of Wovoyage, a travel startup, which is particularly clued on to making women travellers’ time and money worth their while. And when she says she wants to bring back the incredible in ‘Incredible India’, she is not just being politically correct.

Since she started in 2016, Rashmi has organised 207 trips that include solo women travellers as well as corporate bookings. And though, most of her business is done over the internet through her website, she recently opened an office, what she calls the 'Women-friendly Travel Centre', in Paharganj as well.

A totally hands-on CEO, Rashmi’s methods of growing her business include being on the ground and pounding the pavement. Her travel startup provides girl guides to solo women travellers. These girls are recruited through an internship programme that she runs with language schools. “This helps me take care of the language issue,” she says as we mount a cycle rickshaw in the bustling Chandni Chowk area of old Delhi.

I am taking what she calls the Chandni Chowk tour, and she is my guide for the day. The cycle rickshaw rider Raj and his vehicle have been recruited by Rashmi. Raj is an old hand here. He knows every nook and cranny of this old city, and by recruiting him Rashmi has made her job easy.

But getting him and various other people in this ecosystem on board was anything but easy. “They would see me as this single woman from the city, who could be conned. There were others who simply did not understand that I was helping them get more business by bringing more tourists,” she says. But she persisted.

Raj has come to a halt near a shop. We have to walk to the spice market. “Even this spot to park our cycle rickshaw was only possible after persuading and making a deal with the shopkeepers.

Rashmi also recruits young boys and girls from unfortunate circumstances. She trains them and they, in turn, are a big asset for her. “I do not go on every trip now. These young people have learnt well,” she says.

Rashmi’s startup organises tours across the country and she has a loyal brand of travellers whose word of mouth has helped her sustain her bootstrapped venture.

Karma is as karma does

She believes in karma and says as long as she can add value to her customers’ lives, her business will do well. “I had a big road accident in 2008. I was in the ICU of a government hospital for 12 days. It took a long time for me to recover from this accident. I started traveling as soon as I recovered and regularly use to perform ‘seva’ at the Manikaran Gurudwara in Himachal Pradesh. There I used to accompany foreigners and tell them about the Sikh culture and about India. I also started working with NGOs along with travelling and while doing that I was struck with the idea of Wovoyage,” she says.

A resident of Rohini in Delhi, Rashmi was hit by tragedy when she lost her mother in a road rage incident. Sunita Chadha, her mother, was shot at point-blank range when she intervened and tried to rescue a girl who was being heckled by a car full of rowdies. The incident made it to national news. Recently, she and her family have applied for the case to be reopened as there was no conviction of the accused.

Rashmi recalls that her love for travel was sown by her mother. She remembers taking many an impromptu trip with her mother and sister. “She was my life force, my mentor. I hope I can live up to her memory,” she says.

Wovoyage works with embassies and solo travellers, and in the last eight months has had a turnover of Rs 45 lakhs. “We have a centre in Paharganj and another one in Tokyo, Japan,” she says.

We are sitting in the large courtyard of the Jama Masjid. As I savour the setting sun, I am thankful for entrepreneurs like Rashmi who are filling a real gap. I surely would not have had such a stress-free and hassle-free tour of the old city had I been alone.