Truecaller is building a ‘mobile identity’ beyond smartphones. Here is how it makes money 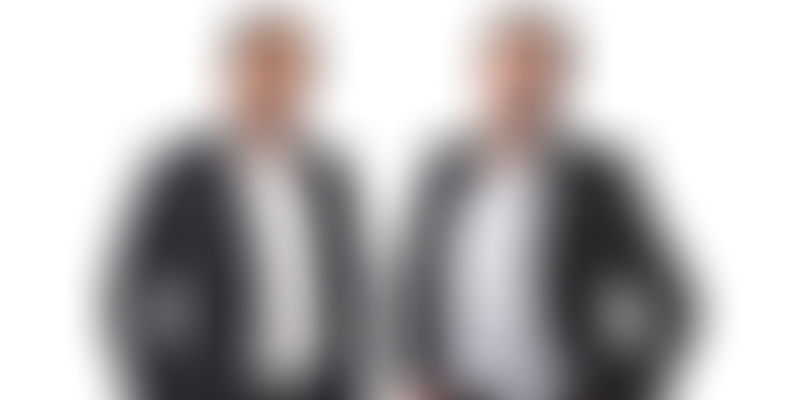 From being popularly known as ‘phone number search app’ in 2015 to a ‘mobile identity’ platform in 2018, Truecaller has evolved. India was a key trigger to the company, where it has launched some exclusive offerings like payment integration and offline search.

At a press conference in Bengaluru in February 2016, Truecaller, which was then more popularly known as ‘the phone number search app’, unveiled 'TrueSDK'(now called Truecaller SDK). The Software Development Kit (SDK) enabled third-party apps to onboard users with their Truecaller profile and verified phone number. The goal was to provide both end users and businesses a ‘one-touch and password-free experience’ to connect with each other.

At that stage Truecaller had partnered with and gave early access to 12 popular Indian apps. Fast forward to January 2018 and Truecaller has evolved. While it’s most popular use case is still as a phone number search’ or caller ID app, the Stockholm-headquartered company has also tripled down as a dialer, SMS spam detector and blocker. It has also made Truecaller SDK an open offering for enterprises.

On Jan 15, 2018, Truecaller announced that it will be soon launching a backup feature to help people retain their data when switching to a new phone, getting new SIM cards or resetting their device. The blogpost explained,

Truecaller will back up all your contacts, call history, call logs, block list and settings preferences to a file that will be stored on your Google Drive. If you don’t already have a Google Drive account you’ll be prompted to create one.

While most of the above features are for end-consumers’ convenience, TrueCaller SDK is currently a free service for developers and may likely be a key part of Truecaller’s monetisation strategy going forward. YourStory recently spoke to Priyam Bose, Director & Head, Worldwide Developer & Startup Relations at Truecaller to understand how Truecaller SDK has worked out over the last two years and Truecaller’s overall strategy for India and other markets. Here is the story.

Story so far and how Truecaller SDK was actually born in India.

Truecaller was founded in 2009 by Alan Mamedi and Nami Zarringhalam. Headquartered in Stockholm, Sweden, the investors include Sequoia Capital, Atomico and Kleiner Perkins Caufield Byers. The company’s overall mission is to build trust everywhere by making communication safe and efficient.

Truecaller SDK is available on Android, iOS and web platforms and can be used by any app or a website to onboard, autofill user information, or verify the user’s phone number based identity through the users’ consent. Priyam noted that the SDK program has seen tremendous progress since the launch. He noted,

Truecaller sees itself as a communications platform powered by mobile identity at its core. So the team thought of how to open up the platform for the ecosystem- developers, startups and enterprises to interact with customers.

Priyam explained that if a company is unable to verify identity early on, then they won’t be able to provide a good experience via personalisation and last-mile interactions. Email has long been a primary source of identity in developed market. But as more people adopt online experiences in the emerging markets through smartphones primarily, mobile numbers and not email IDs are generally a key part of their digital identity. Talking about India, Priyam explained,

We don’t exchange email IDs, we exchange mobile numbers! Our thought process [for Truecaller SDK] was what can we do which is a win-win for businesses and startups?…..Truecaller SDK is now used world over. But the trigger was from India and was born out of use cases from India.

With an estimated database of 3 Billion searchable numbers and 4.2 billion monthly searches, Truecaller has offerings for both end customers and businesses. At this stage, it monetises through two main ways and seems to be working on two more avenues.

In both cases, the goal is to enable online and offline brands to get eyeballs of the user without interfering with the actual phone call.

On the consumer side, Truecaller gives users an option to opt out of advertising by subscribing to a professional plan, which includes benefits like a ‘pro badge’ and the ability to make 30 contact requests a month.

3. SDK for developers and businesses

In March 2017, Truecaller had launched Truecaller Pay, in partnership with ICICI Bank. The company had noted,

Truecaller users will be able to create their unique Virtual Payment Address (VPA) in the app, and can instantly send or receive money using any Unified Payments Interface (UPI) supported bank. The transaction will be handled by ICICI with Bank Grade Security and Truecaller will not park any money or handle sensitive data such as account details, credit/debit card information of its users.

Priyam noted that as more payment use cases are being developed in India and other emerging markets, more friction may arise. So, Truecaller is figuring out more ways to integrate their platforms with businesses, as another possible revenue source.

Looking at the global picture, Priyam shared that apart from India Truecaller sees lot of room for growth and expansion in markets like the Middle East and Africa. He also sees more room for consolidation even in developed markets.

As more people are coming online with mobile being their primary source of connectivity to the internet, Priyam sees more importance shifting to mobile devices, mobile networks and mobile web or app experiences. He believes that new internet users globally, in developed and developing markets, may not go through a learning curve of creating an email ID, and some may actually feel, “Why do I need to have an email ID?”

Slack, which was once proclaimed to be the ‘email killer’, hasn’t succeeded. So, while email may be used less, people may not necessarily stop signing up, at least in the near future.

Talking about one of their long-term objectives related to spam detection, Priyam noted,

Facilitating this requires deep back-level integration. So Truecaller is working with OEMs and mobile networks. Truecaller had partnered with Airtel in March 2017, to let users on the Airtel network see who’s calling, even when users are offline. Priyam noted that Truecaller is in talks to integrate this offline-caller ID feature on other mobile networks.

So Truecaller’s goal seems to be to democratise mobile identity and make communication channels more seamless. To this end, Truecaller had also launched flash messaging, which lets users ask a ‘yes’ or ‘no’ question and avoid short calls and small talk.

On the OEM side, Truecaller had partnered with Micromax to become the default dialer app for one of Micromax’s handset’s Yunique 2. Truecaller expects to come out of the box on more handsets in the near future. Smartphone with dual SIM slots have long been quite popular in India. Priyam elaborated that Truecaller is working on ways to make it easier for people to manage their dual identities more seamlessly.