Shocked by death of 13-year-old-friend, this Rajasthan woman launched crusade against child marriage 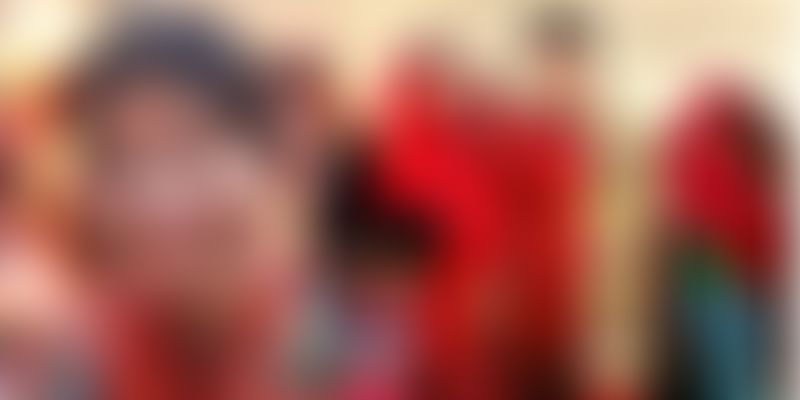 India is home to the largest number of child brides in the world. According to estimates, 47 percent of girls in India are married away before they reach the age of eighteen. Child brides are at great risk of poor health, lack of education, and death during child birth. Child brides are also at a higher risk of facing domestic violence and sexual abuse.

Things are, however, changing in Phagi and nearby villages, thanks to Vijayalaxmi Sharma, who works as a teacher in a secondary school here. A crusader against child marriage, Vijayalaxmi's has had a long difficult journey of her own.

Traditionally, girls used to get married at puberty in her village. While growing up, Vijayalaxmi had witnessed her best friend Meena getting married at the age of 13. Next year, Meena became pregnant and died during childbirth due to complications. This experience shook Vijayalaxmi to the core.

That same year, when her parents tried getting her married to a man 15 years older, she fought back with all her will. "At first they punished me for being rebellious and they locked me up in a room for two days with no food or water. They hoped I'd come out at the end and do as they said. But that just made me even more determined," she told the Gulf News.

Vijayalaxmi suffered a great deal at home and outside. Village elders would make fun of her. Her parents would get ridiculed for having an unmarried daughter at home. She told the Sunday Morning Herald, "My father said he was ashamed of me. He said I was the only girl in the village still unmarried. And it was true. I was the only one my age who wasn't married."

Eventually, things started to change. Vijayalaxmi parents, after witnessing her dedication towards studies, started to soften. Vijayalaxmi scored well at each grade, often outsmarting the boys in her class, and started to become an inspiration for other girls in nearby villages, who protested against marriage at their homes. Many of these girls visited Vijayalaxmi seeking advice and support. This soon turned into a monthly meeting. Vijayalaxmi, accompanied by her two brothers for protection, would often visit the parents of these girls and convince them against child marriage.

Vijayalaxmi finished her graduation and landed a teacher job at a private school. She would motivate her girl students to look beyond marriage as an end goal in life. She continues to go door to door, campaigning against child marriage, often taking help from police to stop marriages. Over the years, Vijayalaxmi has prevented over 50 child marriages across 13 villages.

Once ridiculed, Vijaylakshmi today makes her family and villagers proud. Her mother, Kamala, who had initially tried to force Vijaylakshmi into marrying, regrets her actions. "I look back on what I put her through and it brings tears to my eyes... I was also 13 when I married and I've had a happy life, I didn't realise I was doing anything wrong. But I thank my daughter for changing me, for giving me knowledge. I am so proud of her, I wish I had three of her. She is my everything," Kamla told the Gulf News.