Women power in advertising: 5 campaigns that touched our hearts 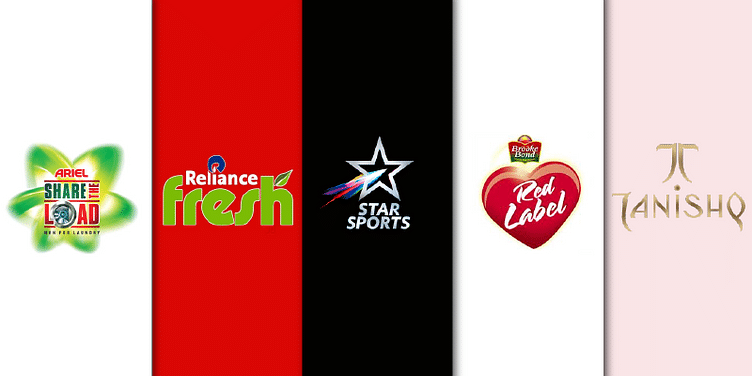 Often, brands come up with ad campaigns that have women as the protagonist delivering the core idea, but not everyone manages to showcase empowerment through their product communication. These five advertisements not only managed to deliver women-centric messages but also make the communication fun and not sound like a public service announcement.

This advertisement, conceptualised by BBDO India, won praises from Facebook COO Sheryl Sandberg. She shared the video on her FB page and wrote, "This is one of the most powerful videos I have ever seen – showing how stereotypes hurt all of us and are passed from generation to generation".

The ad begins with a father watching his daughter managing her home and career beautifully with a sense of awe. But he feels a sense of regret seeing his young daughter juggle multiple jobs, while her husband watches TV oblivious to the chaos surrounding him.

The father goes on to apologise on behalf of all fathers who have set a wrong precedent by not sharing domestic responsibilities, and thereby reinforcing the cliché that domestic chores are a woman's job.

The ad ends with a thought-provoking question: Why is laundry only a mother's job?

You can watch the video here:

A woman, being the caregiver of her family dedicates her life to them, often leaving her with no time to pursue her interests.

The ad by Reliance Fresh showcases a woman excited to go to Goa on a vacation with her girl gang. The husband is baffled by his wife's decision, and is shown cribbing throughout the film. But she patiently listens to his arguments and counters it with a smile saying "Ab main pachaas ki hun. Ab main Goa nahi jaungi toh kab jaungi?".

Adamant and confident, she embarks on her trip delivering a message to all the women: it is time to live your life for yourself. The ad is particularly appealing as it is not preachy and depicts an Indian wife opposing her husband's wishes and deciding to do something for herself unapologetically.

Sakshi Malik, Dipa Karmakar, Mary Kom and PV Sindhu - the leading sportswomen of India - come together in this commercial by Star Sports.

Sports has been viewed as a male bastion for far too long. But the stellar performances by our sportswomen at the Olympics, women's world cup, and various individual championships bear testimony to the changing times.

They have conquered the ring, the pitch, the tracks and the court. The ad is an ode to all the Indian sportswomen saluting their strive, their will, their determination and power.

The focus of the ad is to convey the message that women are more than just a pretty face. Stop and check out the records she has broken, the medals she has won as it is her achievements that make her the person she is today.

The film conceptualised by Ogilvy, seeks to shatter this very bias that we face in our everyday lives. The ad begins by showing a boy enjoying playing with a tea set, which is typically considered "a girl's toy".

The boy seems to have mastered making tea and makes a cup for his friend - a girl. Through a voiceover, the audience is reminded that doing so does not make him a girl, but instead “it just makes him a boy that girls like”.

The ad not only tries to de-stereotype the kind of toys boys and girls can play with, but also challenges the roles of men and women in a household.

This advertisement conceptualised by Lowe Lintas won the 4th place in "The 7 most inspiring ad campaigns for women in 2013" by Adweek. The ad, while promoting contemporary wedding jewelry for the new age woman, celebrates the remarriage of a mother to a man who loves and respects her and her daughter.

The ad shows the bride, a mother, getting ready for her second marriage. As the couple takes their vows walking around the fire, the excited daughter asks her if she can join them. Her mother hushes her up, and the elders dissuade her, but the would-be stepfather lovingly lifts her into his arms and continues taking the Pheras together.

The taboo-breaking ad won accolades from people from all walks of life for its concept.