Gearing up for 5G — what does the customer need? 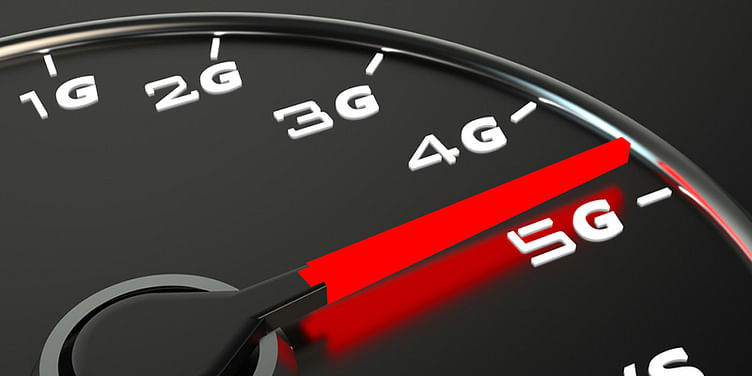 Network coverage, network throughput, battery life, and security are the factors that influence the consumer expectations from 5G.

India is preparing for the fifth generation of mobile networks. 2020 is the launch date set by India’s Telecom Ministry. Earlier in September 2017, the ministry announced the setting up of a high-level committee to map the vision, mission and goals for 5G rollout. India is one of the largest telecom markets in the world and the implementation of both 3G and 4G left in the country left much to be desired.

The shift from 4G to 5G is going to dramatically improve our consumption of mobile technology. While the technology builds upon some improvement of 4G, it will be more inclusive of various devices which are wearable and help us use them at faster rates.

The rate being one GB per second in 4G to 10 GB per second on the 5G network. This means faster download rates on your favourite TV show, longer battery life and better end experience for the consumer. It is not just the regulators but the market as well that is closing in, so they can have make most of the first move advantage. Huawei India has announced its plans to be the first with 5G instrument and infrastructure in India. Nokia has tied up with BSNL and Airtel to develop 5G network in India. ZTE, the Chinese telecom gear vendor reportedly started 5G-related activities with the pre-5G trials with Bharti Airtel, Vodafone and Reliance Jio. Airtel is deploying a pre-5G network Massive Multiple-Input Multiple-Output (MIMO) technology, which is a key enabler for 5G networks. The network has been deployed in Bengaluru and the telecom giant plan to roll out for the rest of the country is on the cards.

So, while the dynamic market of India prepares for the arrival of 5G, what are the key pointers for vendors, phone manufacturers, regulators and governments to understand what the consumer needs from 5G?

The answer to which may lie in looking at what consumers worldwide expect. A survey report titled, “What do customers crave in mobile 5g?” by A Seetharaman, Indu Niranjan, Sindhuja spotlights four standout factors in this direction. The study was intentionally designed to be conducted in developed countries (US, UK, Singapore and Australia) for the simple reason that customers there have already been exposed to the 4G network. Since South Korea is ahead of the US in developing 5G, the problems faced by customers of 4G should not recur for 5G due to these findings. The respondents of the survey were the complainants of 4G.

The four cornerstones of it include, network coverage, network throughput, battery life, and security. These factors, as research has concurred, influence each other and the consumer expectations from 5G.

The consumer of tomorrow is the one on the move. While physical terrains change even within a short distance, consumers expect the network coverage to remain stable all the time. Justifiably, as the hypothesis of the article would state, providing better network and coverage has a positive impact on the other cornerstones such as network throughput and battery life.

Network throughput is defined as the amount of data transferred or processed in each unit of time. Users’ requirements are growing faster than ever and remain critical to the experience of mobile technology which has increasingly become the one-stop source for all information and entertainment.

This is a factor that does not have direct implications on the other three factors but is an increasing concern. This so because lives are led more on the digital field than on the physical realm. Protecting data and privacy would be the strongest challenge to all players in the field.

In the study, the hypothesis that providing better or improved network coverage has a positive effect on network throughput, battery power consumption in mobile devices and customer expectations of the next-generation 5G wireless mobile network, held good. As did the hypothesis that providing efficient power consumption and providing improved security features has a positive effect on customer expectations from the next generation 5G wireless mobile network.

Technology and network providers should particularly consider improving network coverage, network throughput, battery consumption, and security as they design the next-generation mobile network. The providers should focus on these factors because they will significantly satisfy customer desires for features that are enhanced or are better than those of the previous generation.

The demographic factors considered were gender, age, occupation, professional level, annual income, the frequency of changing mobile phones, main use of mobile phones, and countries of residence. Of the 428 respondents, 56.8 percent were males, and 68.6 percent were employed (self-owned business or other industries). Also, 31.1 percent were 21–30 years old, and 43.2 percent were 31–40 years old; 53.6 percent had an annual income above $40,001. In addition, 38.2 percent changed their mobile phones once in 19–24 months and 32.9 percent after more than 24 months. Furthermore, 38.9 percent of the respondents used their mobile phones mainly to make phone calls, 30.4 percent chiefly for messaging, and 20.7 percent mainly for browsing. Of the 428 respondents, 50.5 percent were from the United States, 16.8 percent from Singapore, 16.5 percent from Australia, and 16.1 percent from the United Kingdom.

All the factors discussed in this study — improvements in network coverage, network throughput, battery consumption, and security — are must-haves. Hence, this research might help create a new user base in the telecommunications industry, especially in the wireless mobile network space. Furthermore, it might help service providers offer customers some kind of value innovation. Both service providers and technology providers could benefit from this study by exploiting it to shape the upcoming wireless mobile network services and achieve some competitive edge over other industry players.