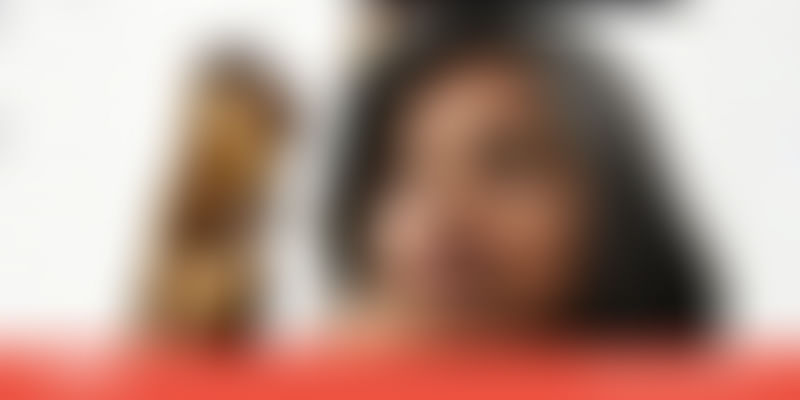 Varnika Kundu, who took her high-profile stalkers to court, says we need to overcome our fear and speak up against stalking and all forms of crimes against women.

In August 2017, Chandigarh girl Varnika Kundu was driving home at 12.15 am when she realised that a white SUV was following her.

In a Facebook post that went viral and garnered 18,000 likes and over 2,700 shares, she recounted her ordeal that night.

“There were two guys inside the SUV, and they seemed to be really harassing a lone girl in the middle of the night, judging by how often their car swerved, just enough to scare me that it might hit me. I tried to turn right from the lights but the SUV blocked my way, forcing me to go straight into Sector-26.

“At the next turn, I tried to turn again, but this time they went a step further. Right at the turn, they blocked the road in front of my car, and the guy in the passenger seat got out of the car and started walking towards me. I reversed as fast as I could and went straight and took the next right turn before they could catch up again.

“I used this time to also call the cops at 100, and explain to them the situation and my exact location and where I was headed. The cop who answered my call intuitively sensed the urgency in my voice, and promised me that help would be along very soon.”

At that time, one of the men in the car banged loudly on the window and tried to open the door. Thankfully, by then, a PCR had reached in response to Varnika’s call.

A complaint was filed against the two men who hailed from influential families, following which they were arrested. One of them is Vikas Barala, the son of Haryana BJP chief Subhash Barala.

The high-profile stalking case is still in court and during the last hearing held on January 18, Varnika faced 500 questions for nearly five hours in a marathon session.

Speaking to HerStory, she says: “I hope justice will prevail. A lot of high-profile cases really don’t go to court. So it’s heartening that the judicial system and the police are doing everything they can in this case. When I faced those 500 questions, at one point, I started feeling like I was the accused. It was gruelling to say the least. However, the defence has no case, so they will try their best to rattle me.”

“I have to bide my time and hope for the best. With all the support I have received, it’s unrealistic of me to expect more,” she adds.

Fight and overcome the fear

With as many as 39 crimes against women being reported every hour in India, up from 21 in 2007, according to the Crime in India 2016 report by NCRB, it’s imperative we overcome the fear and start fighting. But how do we do it?

“I have felt fear whenever incidents like Nirbhaya and other crimes have happened. Today a woman is afraid to step out of the house because of fear. But the only way to overcome fear is to feel the fear. Anytime I feel fear, I do not let it stop me. If I have to go out at night, I do it. If I allow fear to stop me from doing something, I have let fear win,” she says.

How can women come together and fight the stalking menace in society? Varnika has a few words of advice.

“Every woman needs to speak up when something happens. Films have normalised stalking so much that a lot of people don’t understand that it could be life-threatening. When we speak up, more people will do. As a society, we need to get rid of the stigma and be aware of laws, and how the judicial system works.”

Varnika feels that the police needs to be sensitised at how traumatic stalking can be for women.

“We need to get rid of this, ‘touch toh nahin kiya, haath toh nahin lagaya’ (he didn’t touch you!). They need to undergo training programmes to deal with incidents that involve women. Those who drink and drive are penalised, those who talk on the phone and drive are censured too; while the police is sensitised to all these, they need to be towards women too. It’s not that difficult a job,” she says.

“I am already doing the talking campaign to make stalking a non-bailable office. While the government is going all out with campaigns like Swacch Bharat Abhiyan that has received a positive response, they need to educate men and women about their rights too. They need stricter laws to protect the citizens of the country,” she says.

Varnika’s ordeal and her struggle so far have been chronicled in a video film that was recently released by the Population Foundation of India (PFI), as part of its campaign to end violence against women and girls titled ‘Bas Ab Bahut Go Gaya – Enough is Enough’.

This video is part of a series of films being released digitally to generate debate and promote positive change in cultural and social norms around the value of women in India.

Celebrities have joined this campaign to relay messages that motivate young girls to stand up against violence, and show boys that violence is not a sign of masculinity.

Poonam Muttreja, Executive Director, Population Foundation of India, says, “It is deeply saddening and regressive that the character of women who are out late at night is questioned. We need more women like Varnika, but we definitely need more parents like hers who don’t just fight against violence but also against the stigma that society associates with victims and survivors. The fact that Varnika was subjected to political pressure apart from societal pressure points to the challenges that girls and women face even today across the country”.

“I now have this responsibility to take this forward. Though I have no concrete plan yet, I intend to start working on one soon,” says Varnika, as she signs off.

It’s time for all of us to tell ourselves and everyone else, ‘Bas Ab Bahut Ho Gaya’. Then the world will, hopefully, become a better place for women to live in.