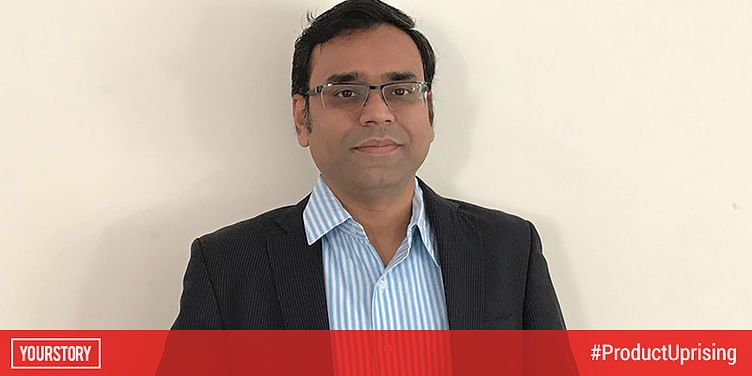 Actify Data Labs, which won $10 million in funding with just an idea, signals the rise of a product nation. The company is focusing on AI for medical diagnosis, crop genomics, and automated voice interactions.

The breakneck pace of technology in recent times has made artificial intelligence (AI), once the preserve of sci-fi novels, a reality. Over the last few years, scientists have used neural networks, which mimic real neurons, to made breakthroughs in machine learning. AI is slowly changing the world as we know it.

But, it’s imperative to know what you want from AI if you want to reap the benefits, says Hindol Basu, CEO and Founder of Actify Data Labs. “You can torture data all you want to tell you what you need. But if your objective and question is not right, finding insights will be difficult,” he says.

Till 2016, Hindol was just another data scientist building data models for corporates like Tata. A chance meeting with Vishal Nevatia and his team, from private equity fund True North, led to the formation of Actify Data Labs in 2016.

The PE company was on the lookout for a stellar data scientist who could set up an analytics subsidiary for their portfolio companies. Together, they aimed to merge data science with machine learning to create an AI platform that could work across verticals. And so Actify was born in early 2016.

The company now focuses on providing solutions to companies based on its vision of 3As: artificial intelligence, algorithms, and analytics.

Interestingly, Hindol was considered the man for the job because he was also part of the team that build the credit score in CIBIL, a rating stack that scores all consumers on their credit prudence.

Almost 16 years of work in the data analytics field led Hindol, an alumnus of IIM-B, to take up this challenge of setting up his own company. Curious about statistic data and inferences, his skills were so compelling that True North invested $10 million into Actify Data Labs at the idea stage itself.

Actify changes the game in the Indian startup world because it combines two independent streams of thought. Over the previous decade, data was pulled and organised in a business intelligence tool. This was structured and then given to the data team to create data models that could provide insights. It would take a good month or more to get these insights and there was always a lag.

However, in this decade, the cloud changed everything. Compute and storage became faster and cheaper. The ability to pull data in volumes became easier as storage technologies improved and compute power gave rise to machines that could process statistical models faster.

Now, businesses can get insights on a daily basis. Data heavy lifting is done on the cloud and compute can crunch any form of data, provided businesses define the objectives they want to achieve.

“Any organisation needs to understand its objectives and outcomes. Having an AI platform alone does not solve the problem,” Hindol says.

Actify’s algorithms help solve this conundrum for businesses. For example, a hospital’s radiologist has to look at more than 10,000 scans a day and s/he may miss out on malignant tumours because of fatigue. This miss could lead to a problem for the patient thinks s/he is healthy, but may need immediate treatment. An AI platform can sieve all scans and use a set of parameters to figure out malign conditions in scans, and can enable radiologists make better decisions.

After a year of hard work, the Actify platform is about to go to market. Hindol says he is talking to several hospitals and healthcare providers to pilot the platform. The business can charge based on the number of scans made or an annual contract for creating outcomes.

Several companies are investing in AI for better outcomes. Infosys, Wipro, TCS and even mid-tier companies like Manthan and Mindtree are betting on AI. Startups like Embibe, Lymbyc, and Haptic are investing heavily in AI to differentiate their business. MuSigma and Fractal Analytics are some of the companies that have raised money from private equity companies too.

V Ganapathy, of Axilor Ventures, says: “The going is not easy as not all companies are making big revenues. They need long-term engagement with clients to be successful.”

So for Actify and its 15-member team, the road isn’t easy. With True North’s backing, there is enough action in their portfolio companies for Actify to serve as an analytics partner. But the company must win over large corporates and add to their portfolio.

However, the heartening thing is that money is flowing into product ideas. The size of the AI market, as represented by Gartner, is very large.

2020 will be a pivotal year in AI-related employment dynamics, according to Gartner, Inc., as artificial intelligence (AI) will become a positive job motivator.

The number of jobs affected by AI will vary by industry; through 2019, healthcare, the public sector, and education will see continuously growing job demand while manufacturing will be hit the hardest. Starting in 2020, AI-related job creation will cross into positive territory, reaching two million net-new jobs in 2025.

Hindol Basu will be one of the entrepreneurs who will create those jobs. He is one of the few data scientists who has been lucky to be funded for a product company. Here’s hoping many more find their way and make India the AI capital of the world.