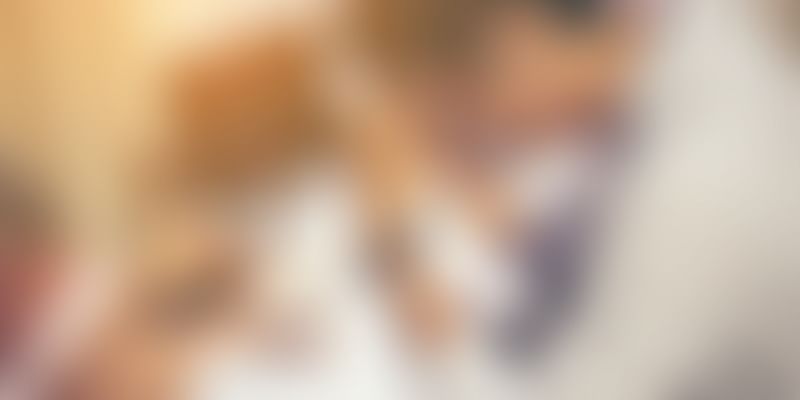 The entrepreneurial dream is a timeless phenomenon. At the core of it lies one’s basic desire to create a product or service which serves a greater purpose, and make your own niche in the process. If you look beyond the success of any landmark business venture at its early days, you will realise that at the heart of every major corporate behemoth is a startup fuelled by this entrepreneurial dream.

As startups turn out to be a major source of revenue and employment, governments from across the world have been going out of their way to facilitate the entrepreneurial dream. Even India has done its fair bit to support startup dreams by means of its flagship ‘Make in India’ programme and a plethora of other schemes like ‘Startup India’. But even with all these schemes and options, one thing that is still a potential cause of worry is the so-called angel tax.

Angel tax – the what and why

Simply put, the angel tax is a 30.9 % tax levied on investments made by external investors in startups or companies. To clarify, the entire investment is not taxed – only the amount that is considered above “fair value” valuations of the startup, classified as ‘income from other sources’ in the Income Tax Act of India. The problem arises because startups are often valued subjectively on the basis of discounted cash flows, without taking into account intangibles like goodwill. This can cause differing interpretations of “fair value” and leave startups vulnerable to unduly high taxes because the taxman feels the investment is too high over their valuation.

The angel tax dates back to the Finance Budget of 2012 when then finance minister Pranab Mukherjee announced the introduction of the Finance Act 2012. The taxation is a major thorn in the side for many ventures and has forced many angel investors to shy away from offering financial support to startup dreams.

Why is it a big deal?

As explained above, the taxation limits investors from putting their money and trust on fledgling and early-stage startups, which in effect stifles more people to come forward and start their own. The concern has been raised year after year by multiple entities, from entrepreneurs to angel investors. Many unlisted and early-stage startups rely heavily on funding from angel investors to build the groundwork necessary to get further funding from VC groups. Taxing this investment discourages and drives away angels, effectively stifling the much-needed flow of money to the fledgeling startups.

The issue takes a darker turn, with multiple incidents reported of entrepreneurs being shaken down by IT officials over alleged questions on the valuation of the funding. Place yourself in the shoes of these desperate entrepreneurs who work to their bones to get the funding, only to have a cruel twist of fate take that dream away based on unfounded presumptions. This brings to light the double standards of multiple governments who on one hand seek more and more individuals to take up the startup dream, only to crush these very dreams with something as harsh as the Angel Tax. While aimed to curb money laundering and check undisclosed income, in its enthusiasm, the government is likely doing more harm than good.

Startups and taxation: the global scenario

The problem becomes even more stark when taken in the global context. As mentioned earlier, more and more governments are recognising the usefulness of encouraging and inviting angel investors to boost their startup economies. To this end, many global startup hubs in fact offer amazing tax cuts and incentives to attract investors.

China’s global presence is built on the backs of many startup ventures. Baidu, Tencent, and Alibaba are a few well-known names that have emerged from the Chinese market. These and other Chinese unicorns have been able to prosper thanks to preferential tax policies that allow 70 percent of total investment to be deducted from taxation two years after investment in high-tech startups. Neighbour Singapore also offers tax incentives to startups and investors, even offering qualifying startups up to Singapore $200,000 tax exemption on their first three consecutive years of assessment (YAs).

In Europe, countries like Germany and UK have passed laws and implemented policies to offer generous tax incentives to startups and angel investors. Across the world, Australia’s tax incentives for investment in innovative startups (introduced in 2016) have been called “arguably the most generous in the world”. Against such a backdrop, the problems posed by India’s Angel Tax become even starker.

Given the sheer amount of opposition to the angel tax (there was lots of lobbying and even a Change.org petition to abolish the tax in the days before the budget), entrepreneurs and angel investors were hopeful of a change in this year’s budget. Expectations ranged from outright abolition of the tax to reduced taxation rates and/or better clarity on the meaning of “fair value”.

However, hopes came crashing down with the 2018 Budget announcement as the Finance Minister Arun Jaitley listed out the government's economic policies. The startup world waited with bated breath to hear the incumbent FM mention the two words ‘Angel Tax’ – but in vain.

Not only did the FM fail to exclusively mention Angel Tax in the almost two hour-long budget presentation, he only made a brief and vague reference to taxation relaxation for startups. This left many startups in the lurch, and probably dashed more than a few entrepreneurial dreams, as the uncertainty over the future of Angel Tax continues.

Opinions on the way forward are mixed. Some startup founders are still hoping against hope for a last-minute miracle from the government. Many, however, are already preparing for the worst and considering their options in a world where the Angel Tax reigns supreme. What will the future bring? Only time will tell. India’s startup industry is watching with bated breath.