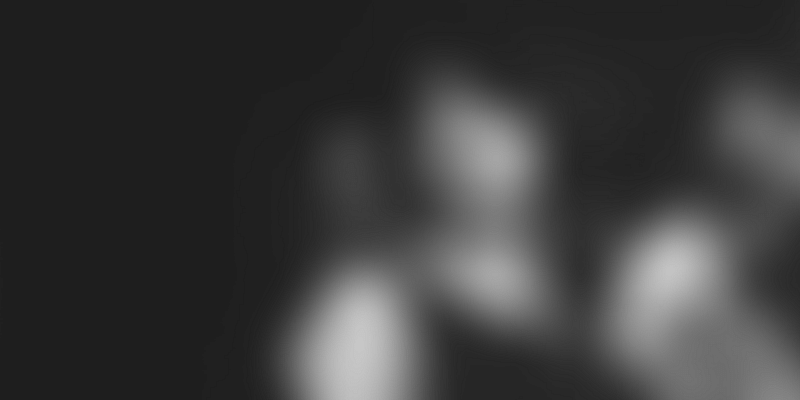 This former journalist is using her love for all things related to food and drink to help brands find their unique voice. Read her inspiring #PassionToPaycheck story.

Deepali Gupta Bhatia knows where all the best events are happening in your town. Chances are, she’s helped curate most of them. You see, she takes partying very seriously. For six years, she has authored the Times Nightlife Guide for Delhi, and was the youngest-ever writer to hold that post. In 2015, she helped set up, and was the National Brand Head of Times Internet’s What’s Hot, a digital guide to cuisine and culture across 11 cities.

But by 2017, the first seeds of starting up were being sown. “I’d started having casual conversations – the kind where you dream of doing something for yourself in the future – with my friend Prashant Kalra, the brains behind Primo Privilege (Delhi’s first expat loyalty programme), about doing something more brand-oriented,” she says.

What started as a conversation in the early summer finally took shape on August 30, 2017, when the duo founded Slate Consulting, a boutique agency that helps lifestyle ventures expand their reach through unconventional branding, marketing, events, content and more.

But the road to entrepreneurship is rarely linear, and Deepali’s story is no different.

Growing up in Delhi, Deepali would immerse herself in books as a child, ‘while dreaming of being a hotshot newspaper editor’. Although she missed getting admission into a Journalism course, she studied History and loved it so much that she went on to do a Master’s in History and Archaeology at Jawaharlal Nehru University.

While studying, she moonlighted as a writer for various magazines, and one of the editors she wrote for offered her a summer internship. “When I was doing my MA, I got a call from an editor who said she needed a summer intern for her new product. I went in and stayed for almost three years at What’s Hot – a weekly supplement from The Times of India. Six years after quitting, I went back as Editor-In-Chief of the online version of the same product,” she says.

In the interim, Deepali learnt the ropes of the hospitality business and was running brands for award-winning restaurants, cafés and bars. She also worked on music festivals, including NH7 Weekender, and managed green rooms for The Prodigy and David Guetta, before getting into stand-up comedy and running a management company with Papa CJ.

“In 2012, I got a call that changed my career path once again, I was interviewed for the post of the Nightlife Critic for Times of India and ended up becoming the youngest author of the annual guide. Almost everything that has happened in my career has been a mix of luck and the determination to never say no to a new challenge – something my mother taught me to do!”

Back to the drawing board…or Slate

Deepali says that the final decision to start up and follow her passion for food and brand building came after suffering a personal tragedy, when she lost someone very close to her. “It jolted me out of my stupor and made me realise how precious time is. I put in my papers soon after and started the company within the month,” she says.

Her co-founder Prashant Kalra, a lawyer-turned-entrepreneur, who was already running a successful privilege programme, was also looking to diversify and get back into working more deeply with F&B/restaurants.

“Prashant and I both saw a void in the market with new brands launching constantly, but not enough originality around their message due to a cut-copy-paste approach. One success story makes others believe they can replicate the same, though that isn’t possible and you will always be a me-too. The way to create brands that last and leave a legacy is by being true to your ethos and your story. If you try and tell someone else’s truth, consumers will never relate to you,” says Deepali.

They decided to leverage their varied experience – hers as a critic and his as an entrepreneur – and their combined love for food, to create brand stories that resonate with a diverse clientele.

“Our specialisation is original content creation, brand management, and event curation. We also feel that you need to do justice to each brand, so we made an internal pact to never exceed a client roster of more than five at a time, so we can focus on each of them personally,” she says.

Although it’s early days, the duo has already worked with multiple brands, including a new Indian gastropub in New York from an award-winning team, an established hospitality company in Delhi NCR, and a fresh Japanese restaurant and bar. “We have also worked for major food festivals and premium liquor companies. Any brand that wants to tell their story and talk about their journey, while also connecting with the right consumers and being perceived as the “IT” name in their niche, is the right client for us,” she says.

Deepali says it’s still too early in the game for them to have encountered any real challenges. “We are barely a toddler in that sense and are still learning to walk, but the only continued challenge is making the brand custodians understand why an external eye is sometimes better. I’ve been a Brand Manager and I know you end up looking at your projects as your own creation, which amounts to wearing blinders, so it’s good to take a step back and let someone else tell you what you’re doing right and wrong or even what more can be done,” she says.

Slate Consulting, she says, is hoping to create lasting cross-brand synergies and ensure that great companies get to work with each other through them. “The key to succeeding in the future is collaboration and that’s what we want to excel at,” she says.

Ask what advice she would give to someone looking to give up their job to pursue their passion, and she says, “Don’t rush into it! While it’s great to have dreams and a strong passion for doing your own thing, it’s no cakewalk. There are bad days and then there are worse days. You have to do your time, learn from seasoned professionals and great bosses and build your own career before embarking on the entrepreneurial journey.”

When not giving practical advice to aspiring entrepreneurs and top-level brands, Deepali collects books. “I seriously collect more books than I have time to read. But that’s a major driving force – to one day actually read them all! I’m also heavily into music of all sorts. Plus, as a Nightlife Critic, I am deeply entrenched in the spirits and bar scene, so researching craft spirits, visiting independent wineries and cocktail bars, and buying every good bottle of whisky and gin I can find is a hobby as well. I’ve also recently started an Instagram campaign called #364Drinks, in an effort to try new things, and put up one interesting post each day.”

And if you ask her to sum up her #PassionToPaycheck journey, she says, “I’m an archaeologist by training who drinks for a living.”